First college graduate in his family, a north Texas student prepares to become a doctor

Jonathan Pineda, an incoming general surgery resident, was raised by a single mother in Houston who worked multiple jobs to support him and his brother 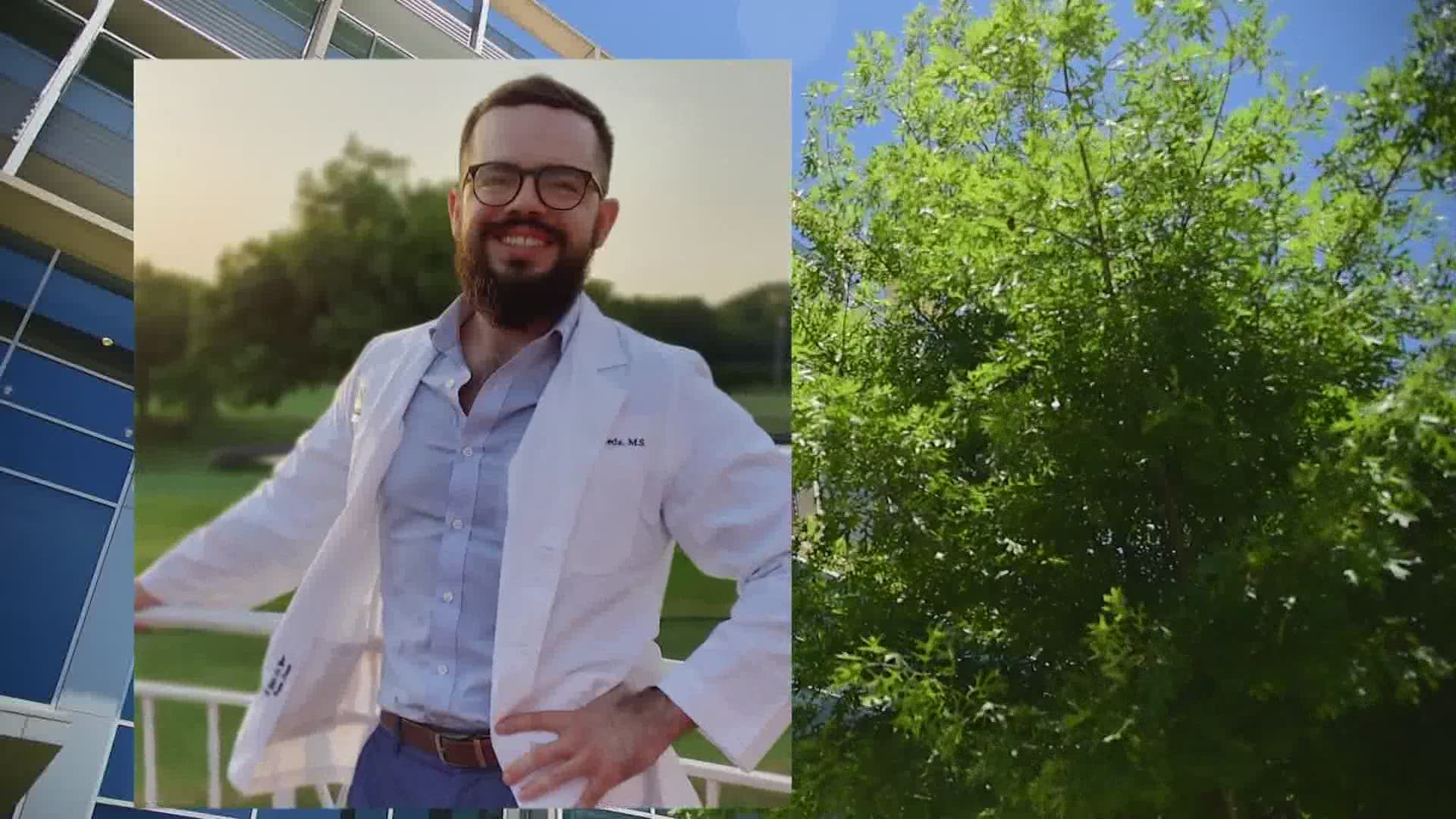 FORT WORTH, Texas — Next Friday, more than 200 medical students will graduate from the Texas College of Osteopathic Medicine (TCOM) at UNT Health Science Center in Fort Worth.

Among them is Jonathan Pineda, who's not just making his family proud - he's making family history, too. Pineda's now the first in his family to go to college - and the first doctor.

He was raised by a single mother in Houston.

"Growing up, really, the team was me, my brother and my mom," he recalled. "Dad was out early in the picture, and so she was kind of left to fend for herself.."

His mother worked multiple jobs to keep them afloat, instilling a strong work ethic in Pineda at a young age. But when it came time for college, he wasn't sure where that ethic would take him. No one in his family had ever gone to college, and at first, he didn't either.

"Out of high school, I didn't even apply to colleges," Pineda said. "I didn’t really know the importance of the SAT. I didn’t know any of that."

Eventually, community college led to an undergraduate degree, which, after four attempts and a master's degree, led to acceptance into medical school.

"He's somebody who has very much taken the reins and control over his education and taken it to the next level," said Dr. Sajid Surve, Pineda's faculty advisor at TCOM. Dr. Surve spoke the world of Pineda, saying the student immediately struck a chord with him.

Surve said Pineda's path will make him a compassionate, successful surgeon and physician.

"His lived experiences give him a level of humanism in medicine that's so important: that ability to empathize with others who've had struggles," Dr. Surve said.

"I'm really proud of where I am," Pineda said. "I know my mother's proud, as well. And I have so much energy and excitement to just hit the ground running for surgery residency as well."

He'll be starting his general surgery residency at Rutgers University next month.