He spent 5 years on death row for a murder he didn’t commit. Now he’s graduating from college.

Ryan Matthews was 19 when he was sentenced to death. DNA from “a hair follicle and spit” eventually cleared him. Now he's 39 and getting a degree. 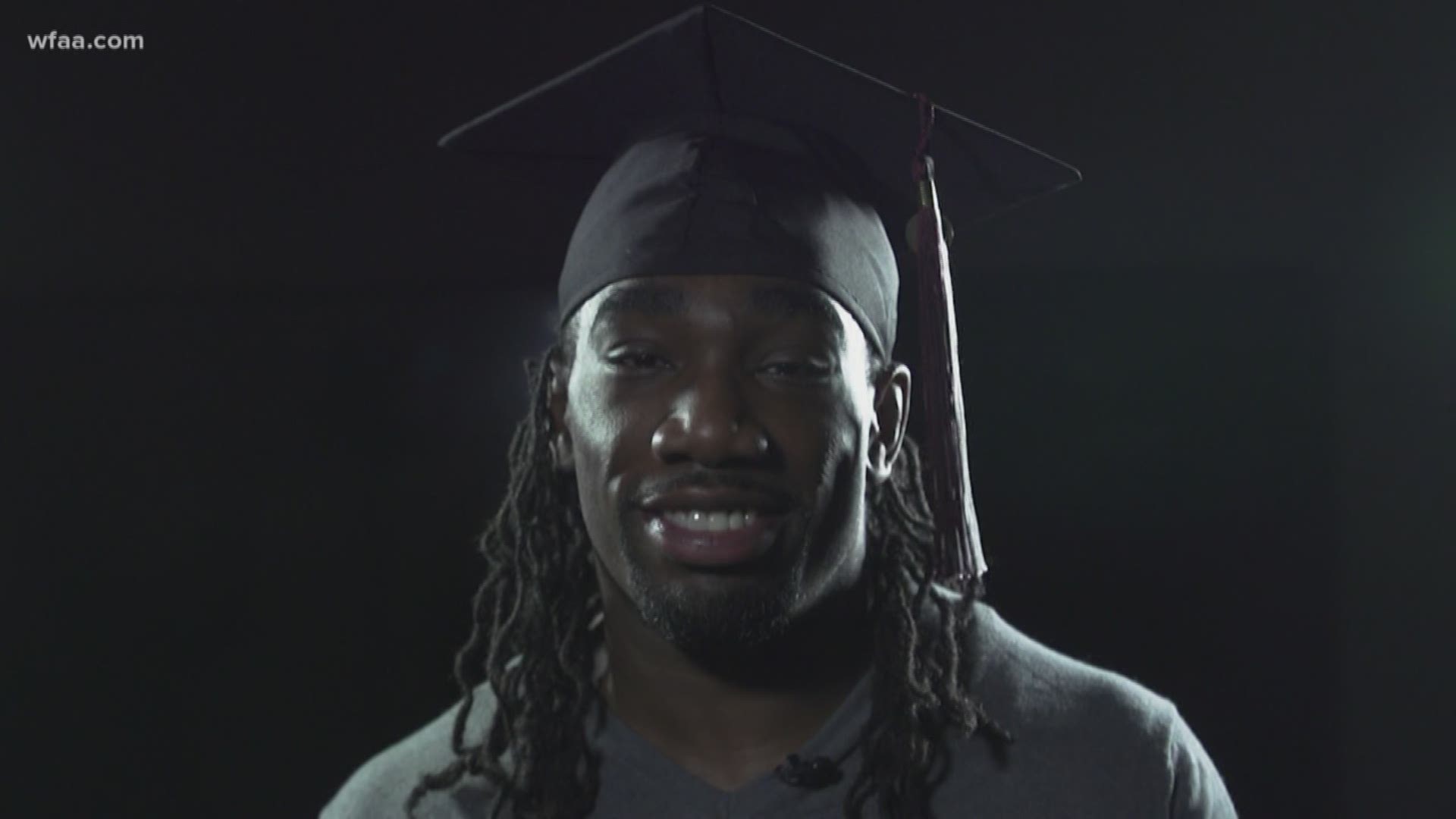 DENTON, Texas — It happened 22 years ago, but it feels like yesterday.

Ryan Matthews grew up just outside of New Orleans, in Gretna, La. He had dropped out of school and was hanging out with a buddy driving around, doing what a 17-year-old often does.

Police pulled them over and asked them to get out of the car. Before too long, they were taken away for questioning.

Ryan would not see the light of day again for more than seven years.

On that night in April 1997, the 43-year-old owner of Comeaux’s Market in Bridge City, LA. was shot and killed by a man in a ski mask.

The victim was white. Ryan is black.

Ryan and his friend had not been to Bridge City that night, but the car they were in was similar to the description of the getaway car witnesses gave to police. That was enough to pull them over.

And, despite no evidence linking him to the crime, Ryan spent two and a half years awaiting trial.

Eleven white jurors and one black juror found him guilty.

He was sentenced to death when he was 19 years old.

Credit: Monique Coleman
Ryan Matthews spent five years on death row for a murder he did not commit.

“I just kept hope that eventually one day the truth might come out,” he said.

British attorneys took on Ryan’s case pro bono and fought alongside his family to prove his innocence.

“I tried to keep my mind outside those walls,” he said. “I read. I exercised. I wrote. I couldn’t let that place get me down. I couldn’t go crazy. I mean, they’d win. I’m already in for something I didn’t do, so if I lose my mind, I’m a lost cause and I’ll never get out.”

DNA evidence – “a hair follicle and spit” according to Ryan’s sister – eventually cleared him. After five years on death row, he was exonerated and set free in 2004.

The Matthews family lost everything. They moved to Texas to start over.

“All those years ago when I first came home, a reporter asked me what I wanted to do and I told them I wanted to go to school,” Ryan said. “It’s coming true.”

Ryan took a few college classes here and there, but his sister, Monique Coleman, buckled down.

She earned a bachelor's degree from Texas Woman’s University in Denton and a master’s from The University of Texas at Arlington.

Ryan followed suit and on Saturday, he is graduating from TWU. He’s earned a bachelor in applied arts and sciences.

Credit: WFAA
Ryan Matthews will graduate from Texas Woman's University in Denton on Saturday. His gown is embroidered with "Exoneree #115" on the sleeve.

“It’s been a long time coming,” he said, looking at his cap and gown. “I couldn’t envision this day. I really couldn’t.”

He had his gown embroidered with the names of his aunt and a mentor who passed away on his right sleeve.

Her brother’s journey inspired Monique to take her education even further. She's now pursuing a PhD at TWU. Her ultimate goal is to change the laws surrounding wrongful convictions and reintegration.

Monique and Ryan’s mother, Pauline Matthews, at 71 years old, is also back in school. She’s studying social work at TWU, too.

Ryan wants to go to graduate school to focus on business. But he is worried his past – even though he was exonerated – might make his job search more difficult.

“It took a travesty for me to get to this point,” Ryan said. “It was wrong and not everybody will come out like I did.”

He says he can’t let anger keep him from moving forward.

Some might think Ryan has achieved the American dream. Monique disagrees. She believes he’s overcome an American tragedy.

“What happened to my brother was devastating,” she said. “I think it’s everything that’s wrong with America.”