Most Boy Scouts don't even know the Hornaday Award exists. 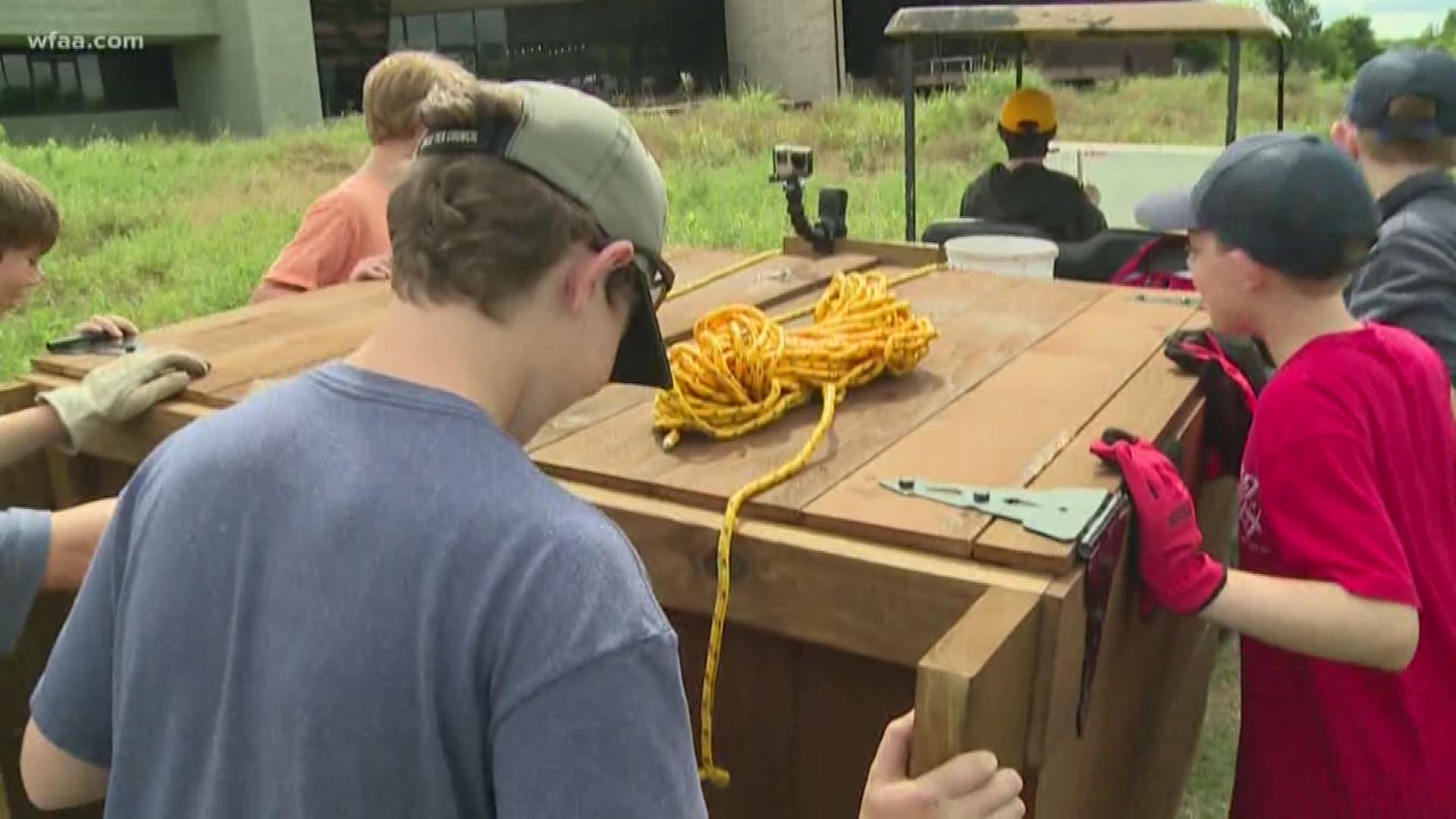 DALLAS — For any Boy Scout, achieving the rank of Eagle Scout is a big deal. But 13-year-old Baxter Perry-Miller is trying to do something even rarer.

So rare, in fact, that almost no one in his troop even knew it existed.

“And their response was, ‘What’s that?’” Perry-Miller said. “It’s kind of fun to work on something not many people know about.”

The Hornaday silver medal is considered the Olympic medal of Boy Scouts. It’s awarded to any scout who completes four significant projects in environmental conservation.

Since 1975, only 114 scouts have ever earned the Hornaday silver medal.

Baxter has always loved conservation, so he came to the Trinity River Audubon Center, looking for a way to help when he nearly stepped on it.

“When I first came out here, I saw just a metal spike lying on the ground,” he said. “If I didn’t pick it up, then somebody else might step on it.”

Along the nearly four miles of trails at Trinity River Audubon Center, there are pretty much no trash or recycling bins.

So, Baxter got approval, designed a plan and spent months building his own bins.

He and his troop installed them last week. “It looks a little better than when it was sitting in my driveway,” he said.

Over the next several months, Baxter will monitor the bins to see how they’re being used. When he’s finished, he will earn the Hornaday badge, one step closer to the silver medal.

But, ultimately, his biggest goal is to get people to care about nature to realize how each small choice can have a big impact.

“All it takes is one person to get out there and change how we think about things,” he said. “It’ll be a huge chain reaction hopefully and people will really start realizing how important conservation and recycling and all of that is.”

Because, as he already knows, when you love something like the outdoors, taking care of it is only natural.

RELATED: Let's #VerifyThis! Will Texas run out of water?