Baxter Perry-Miller started working toward the honor in 2019. 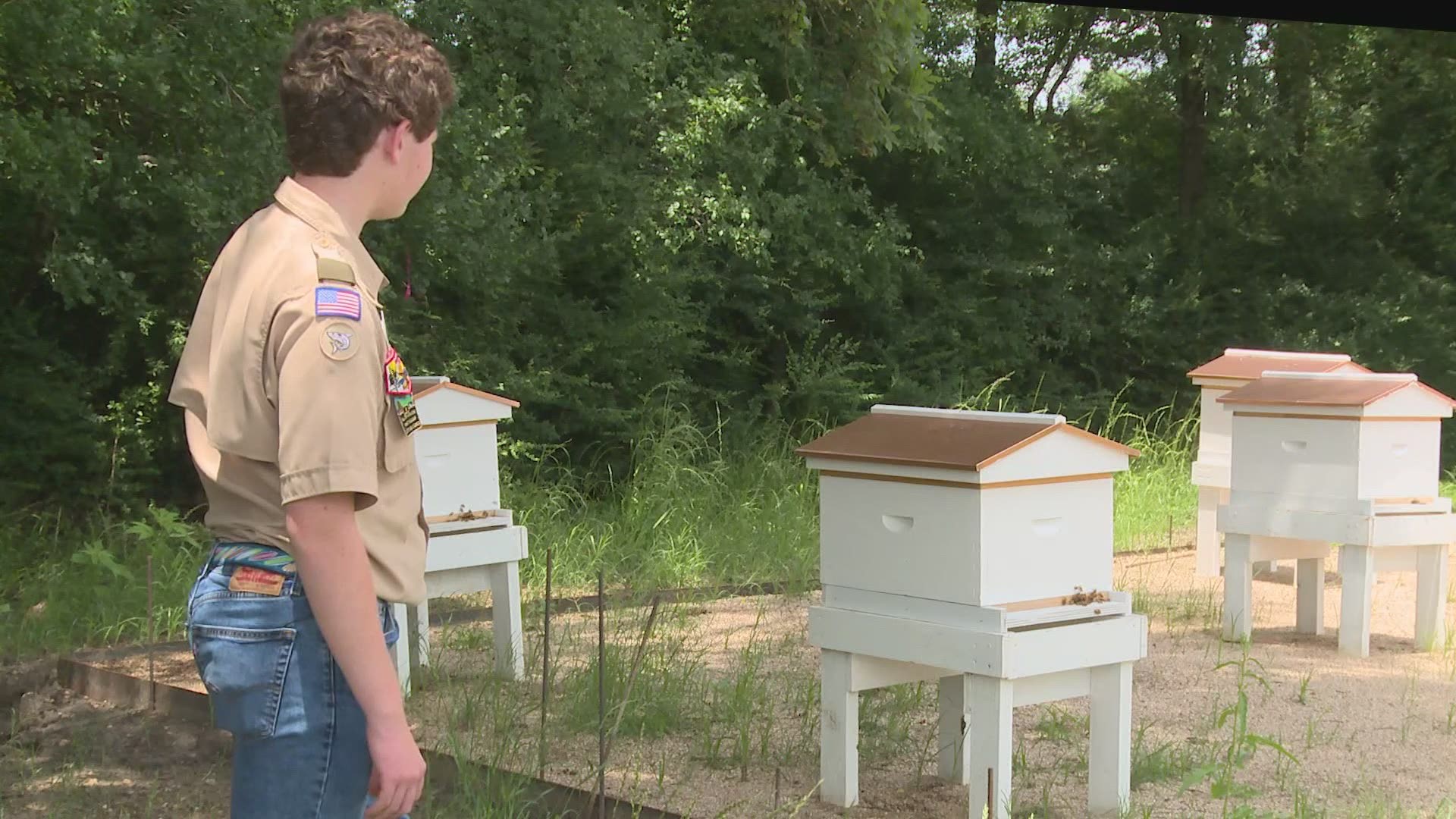 DALLAS — On an empty acre of Dallas’ Bonton Farms, something’s creating a buzz.

And it’s not just the bees.

Baxter Perry-Miller, 15, is the talk of the town.

Perry-Miller is a Boy Scout, and the reason he’s getting so much attention is because, by putting bees at Bonton, he’s accomplished something remarkable.

“If I were to go back to myself in first grade, I wouldn’t have believed that I would’ve been able to do this,” he said.

Perry-Miller’s unlikely accomplishment started at the Trinity River Audobon Center in Dallas, where he built and installed trash cans.

It was the first step in his attempt to earn the distinguished conservation award, the rarest award in all of Boy Scouts.

So rare that, at the time, no one in his troop had ever even heard of it.

“Their response was, ‘what’s that?,’” Perry-Miller said back in 2019. “It’s kind of nice to work on something that not many people know about.”

The Boy Scouts have been around since 1910 and out of 110 million, only about 150 Scouts have ever earned the award.

After installing the trash cans, Perry-Miller organized a battery drive, and then tracked and released quail at Lake Lewisville.

In all, he’s invested two years and more than 2,000 hours toward earning this award.

Once he completes some paperwork, he’ll earn the Boy Scout equivalent of an Olympic medal.

Although, he said he doesn’t need it.

“I never saw this award and said, ‘I’m getting the award for the award,’” Perry-Miller said. “I worked on this award so that I could help the world and make an impact. I love being able to leave a place better than I found it.”

He’s said selflessness is addicting because once you make an investment in the outdoors, it’s bound to grow on you.