So far, the Tarrant Regional Water District has received more than 50 submissions for the paid projects, some from as far as Australia 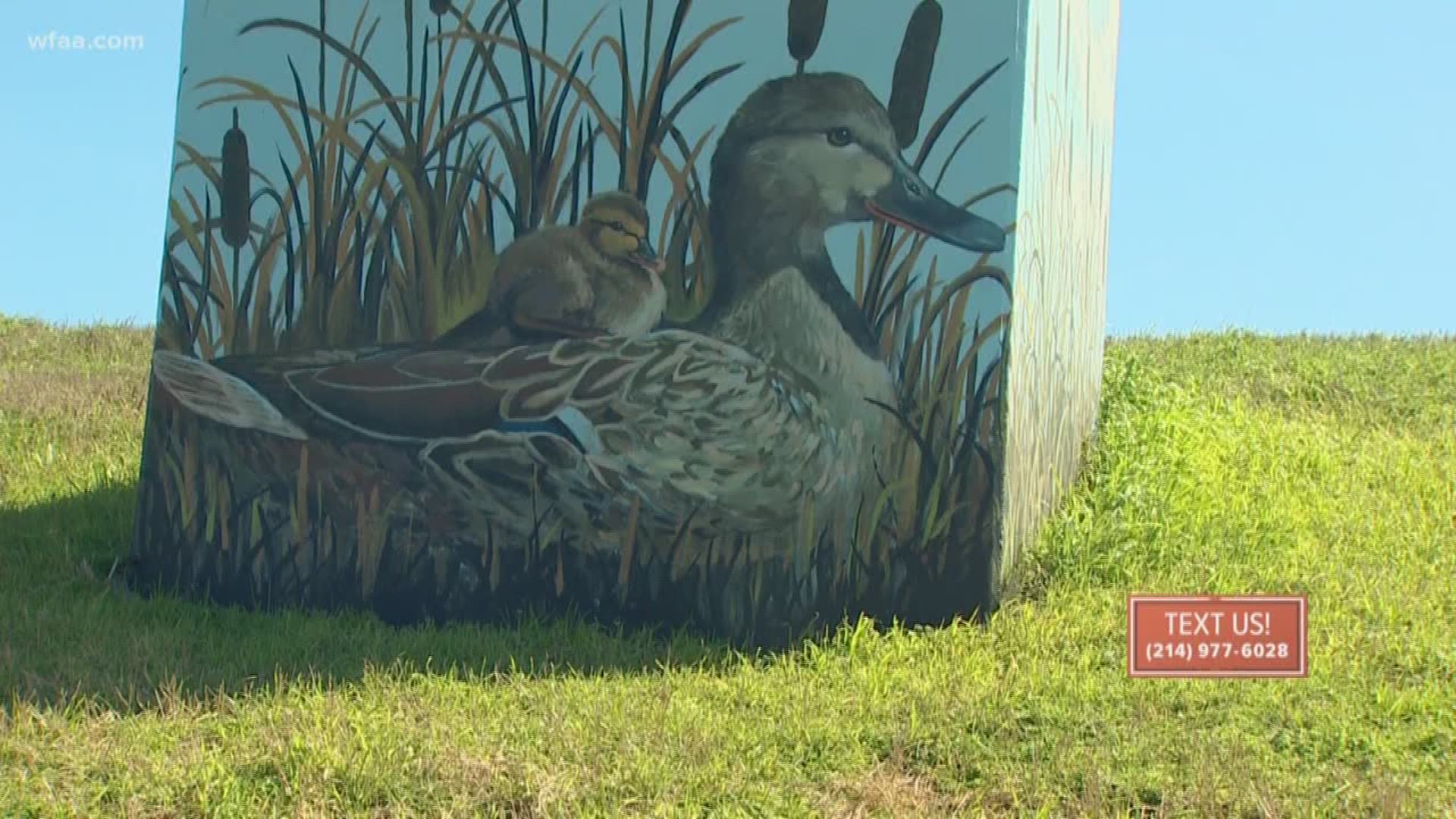 FORT WORTH, Texas — Calling all artists!

The Tarrant Regional Water District wants to know why they should hire you to help paint murals on its 31 cement flood gate structures that line the Trinity Trails.

"Everywhere you look, you see art in Fort Worth," said Tina Nikolic of the TRWD.

And pretty soon those signature sights will grace structures along parts of the 70-mile trail system, often considered the crown jewel of Cowtown.

"We wanted to give people the opportunity to have a different experience while on the trails, to have these chance encounters," Nikolic said.

Nikolic showed WFAA Friday the first of the 31 flood gate structures that are being transformed into murals. A painting of a blue heron by local artist Jimmy Joe Jenkins called 'Cloud 9' was their 'pilot project,' and she said it was so well-received, they've gone ahead and broadened their project.

While the 31 murals will be painted over the next three years, the first phase-- eight of them -- will be painted by October. And in true Fort Worth fashion, they're looking for high-level art. In fact, the TRWD is currently seeking submissions from artists all over the globe to turn the cement structures into a painted "Trinity Trails Mural Gallery."

So far, they've received more than 50. The applications are detailed, asking for digital images of past work, a description of why the artists want to be involved and more.

It'll be a paid project, looking for all sorts of artistic styles, but curated with the same theme.

She also added that some of murals, because of their location, might be best enjoyed from the water, in a paddle boat or kayak.

"These will become destinations. You’re going to become a tourist in your own city," Nikolic said.

They hope it'll bring new life and a new experience to the timeless trails.