The Kay Bailey Hutchison Convention Center will be turned into a "mini city" to house and care for 5,000 Hurricane Harvey evacuees, Dallas Mayor Mike Rawlings said on Monday. 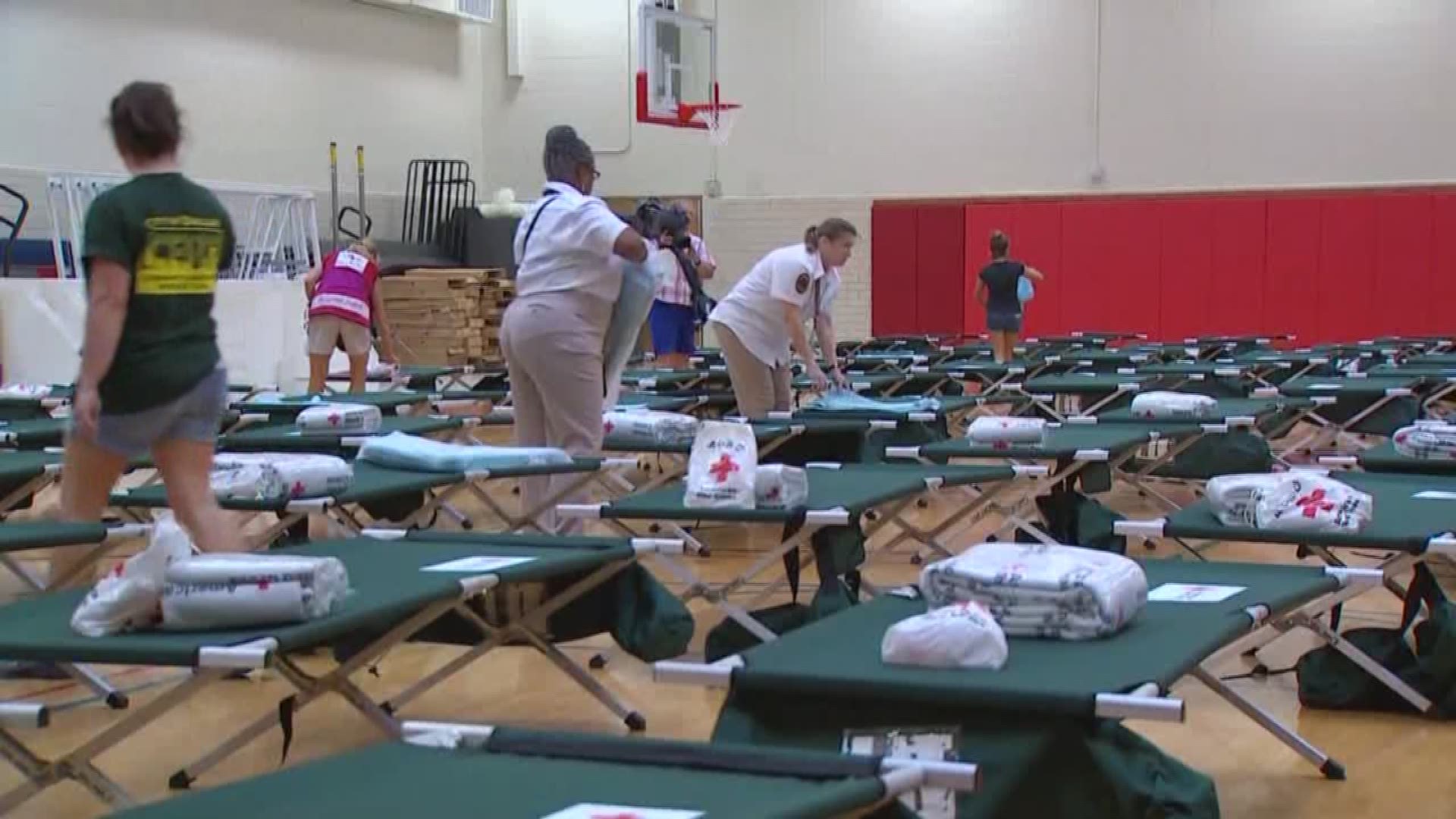 DALLAS -- The Kay Bailey Hutchison Convention Center has been turned into a "mini city" to house and care for 5,000 Hurricane Harvey evacuees, Dallas Mayor Mike Rawlings.

The convention center opened Tuesday morning. Mayor Rawlings says Dallas has been told to prepare for tens of thousands of evacuees.

The floor plan for the "mini city" will include a pharmacy area provided by Walmart, Rawlings said, and things like phone charging stations.

Officials are also working to get local hospitals involved to help with medical needs.

Office of Emergency Management Director Rocky Vaz says the City of Dallas learned from past mistakes with Hurricane Katrina.

"We knew what it takes to set up the convention center," he said.

The convention center shelter costs are reimbursable by the state, Rawlings added.

"This is a terrible catastrophe," Rawlings said.

The state starting flying in Galveston evacuees this afternoon, and seven to eight planes brought 50 to 80 people per plane to Dallas throughout the evening Monday.

Interstate 45 is still flooded, but once the water recedes, 250 buses will be able to bring evacuees to Dallas from hard-hit areas.

The City of Fort Worth opened five shelters Monday to help house 1,000 evacuees.