As storms roll through North Texas, the severe weather threat has decreased for the DFW area, but lingering storms are possible into the early evening. 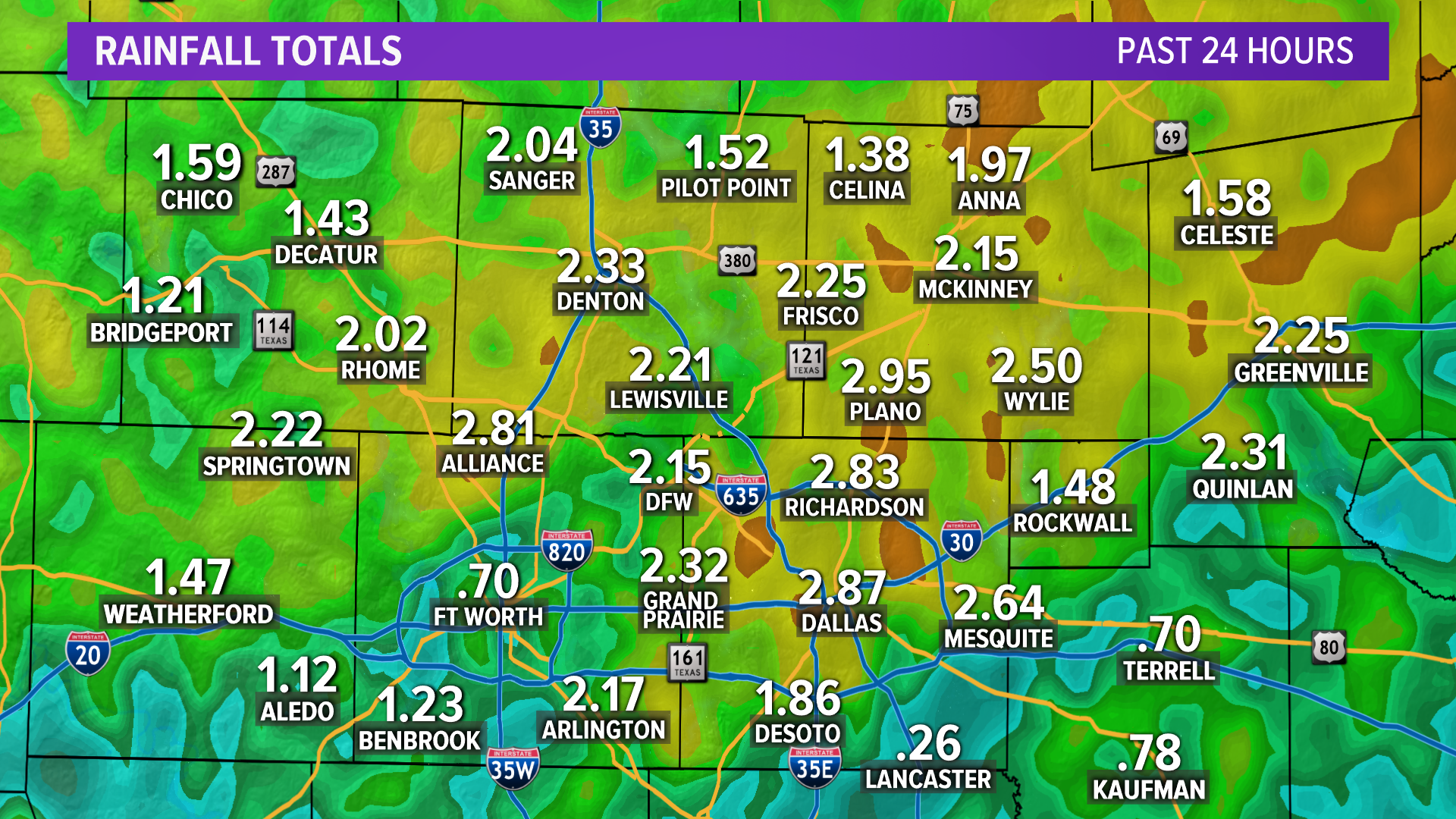 DALLAS — As storms roll through North Texas, the severe weather threat has decreased for the DFW area, but lingering storms are possible into the early evening. Severe storms are still possible for eastern North Texas through the evening. Damaging winds and large hail are the main threats, but tornadoes are possible.

As storms cross through North Texas, multiple areas are under tornado watches, with some areas still under flash flood warnings, with quarter-sized hail possible.

Winds up to 62 mph have been reported at DFW International Airport. There have been at least seven high-water rescues reported in Fort Worth and at least 22 car accidents in Dallas and nine in Fort Worth, while other areas have reported downed power lines, flooding and hail in various areas across the DFW metroplex.

Oncor is reporting more than 43,000 outages in Dallas, Tarrant, Collin and Denton counties.

The Texas Rangers' home game against the St. Louis Cardinals was rain-delayed to a 5:15 p.m. start time.

All flights coming into DFW International are being delayed for an average of about an hour and four minutes but are starting to move back into full operational status. No destination-specific delays have been reported, but general departures have been delayed an average of at least 2 hours and 30 minutes.

Readers and audience members have been sending us photos and videos fo the weather all day. If you feel so inclined, send us what the weather looks like in your neck of the woods, either on Facebook, through Twitter @wfaa using #wfaaweather, or by emailing news8@wfaa.com. 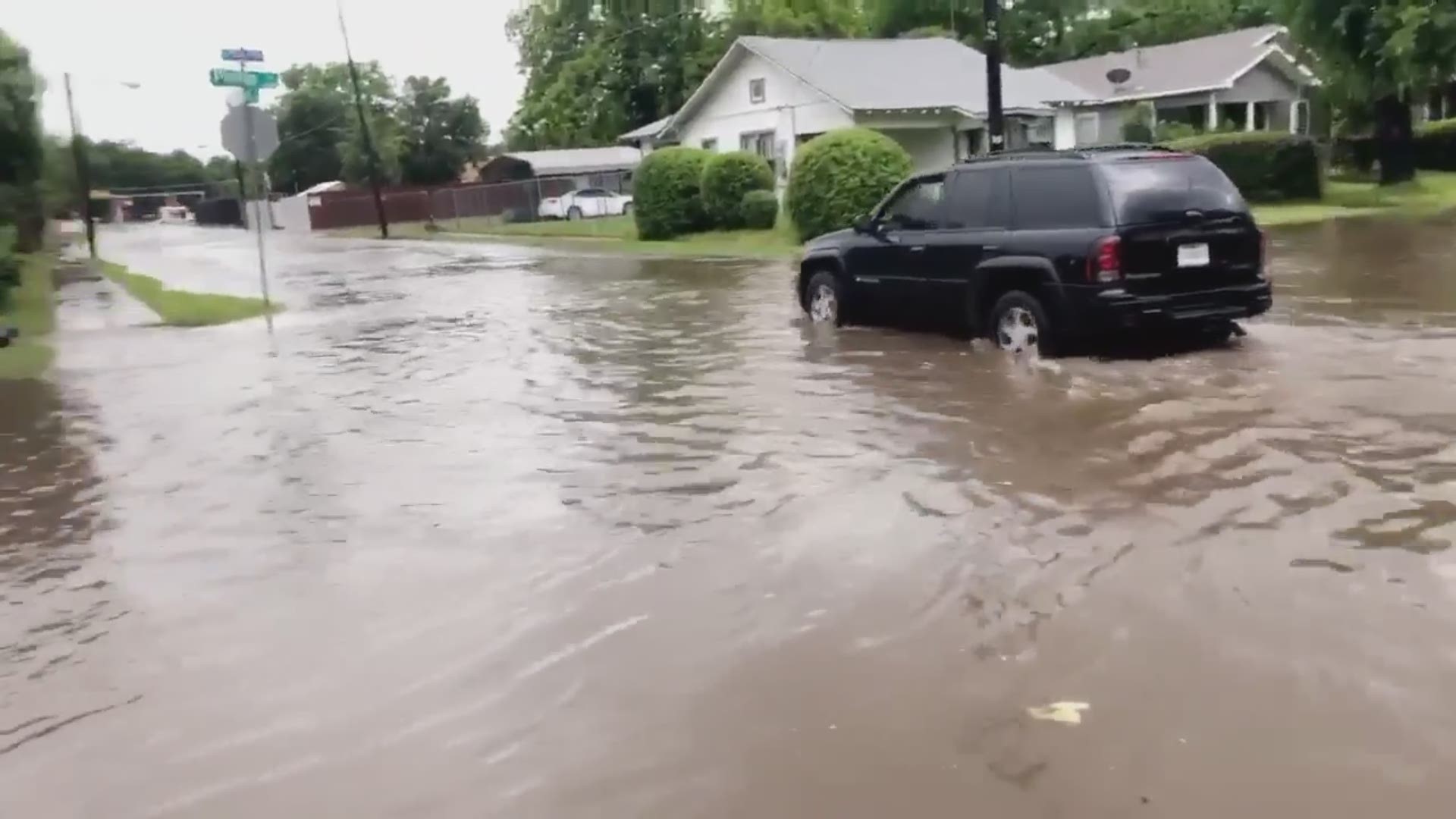 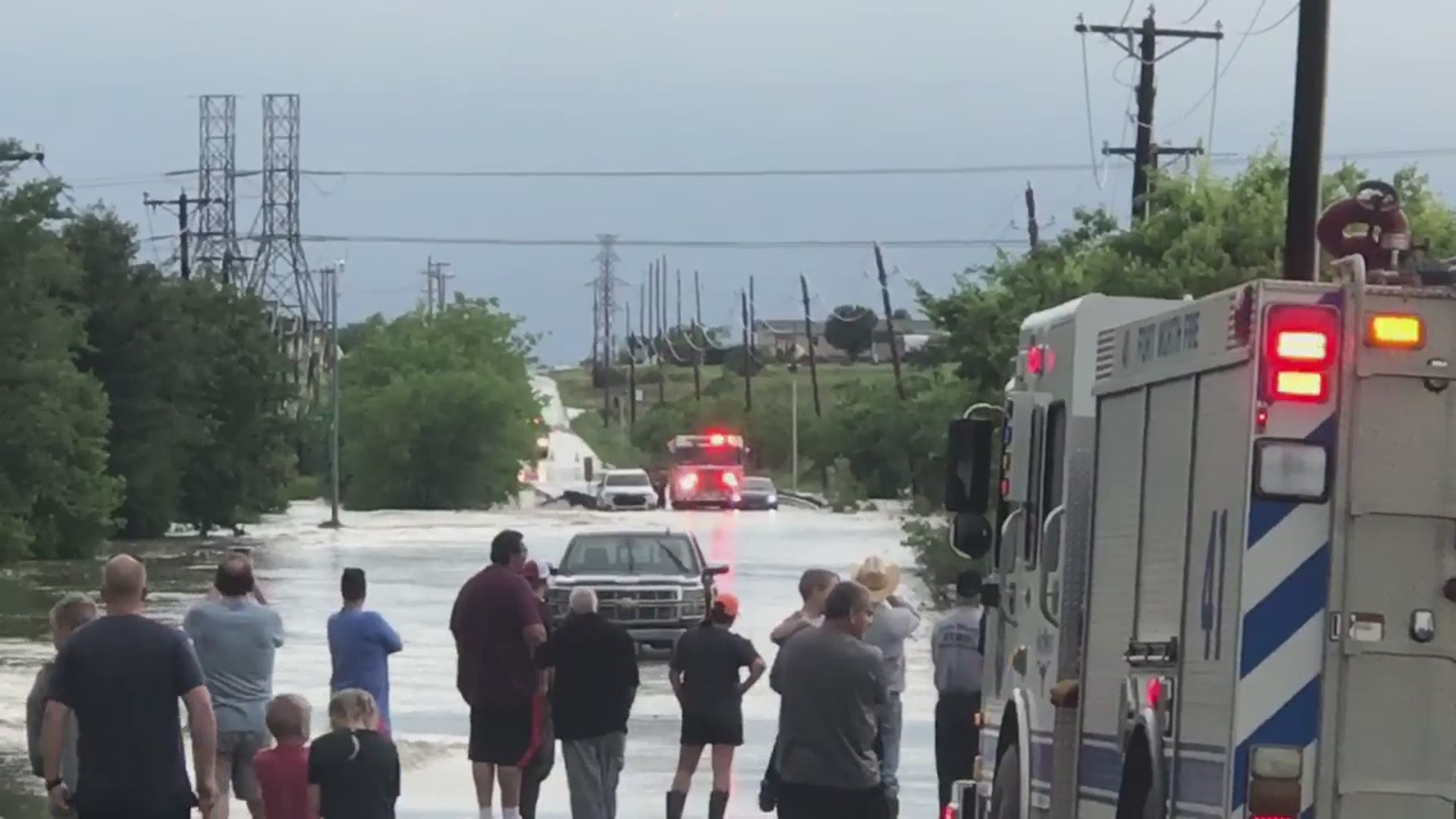 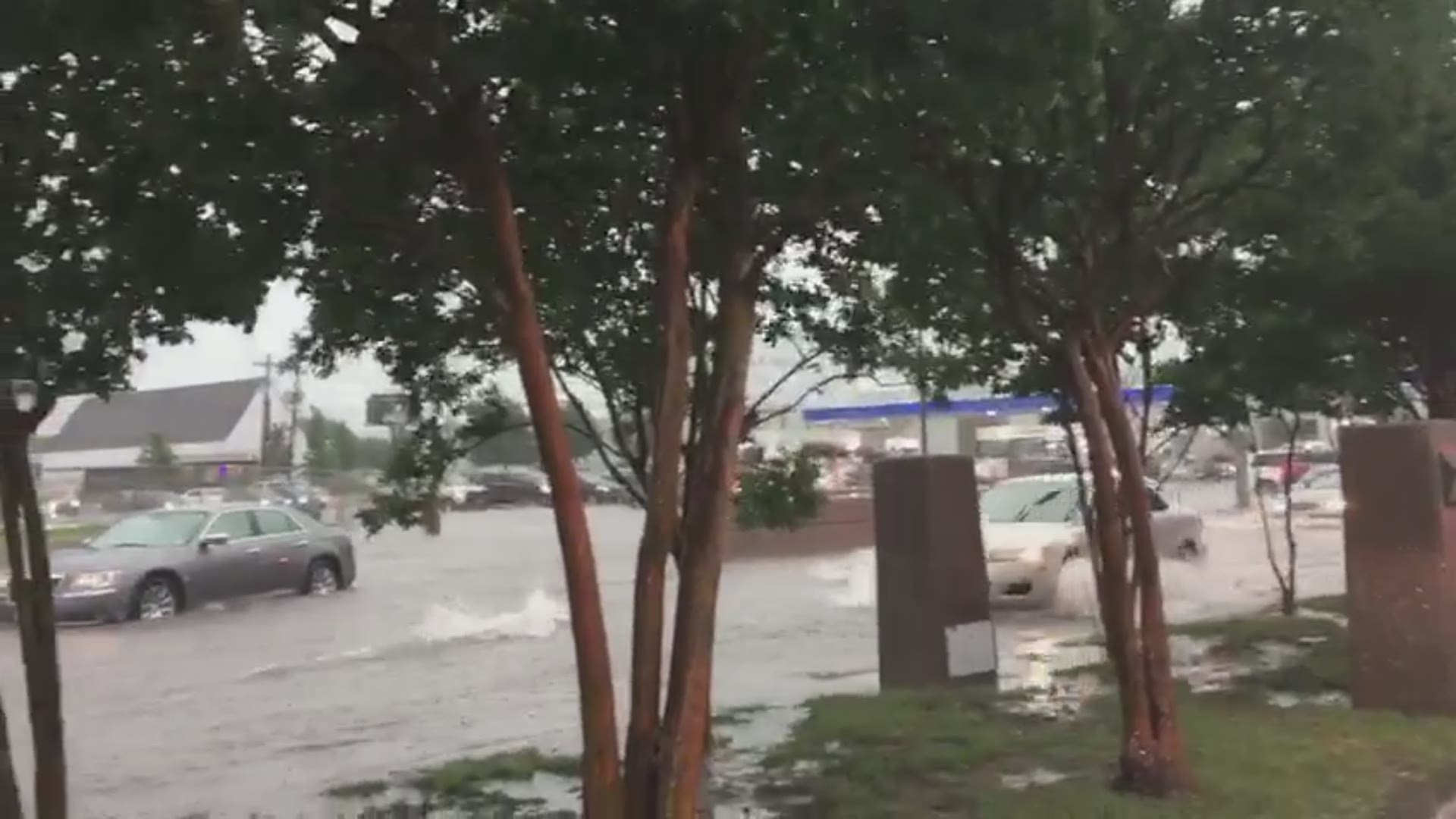