Temperatures inside the car reached 180 degrees, according to the university's thermal imaging camera. 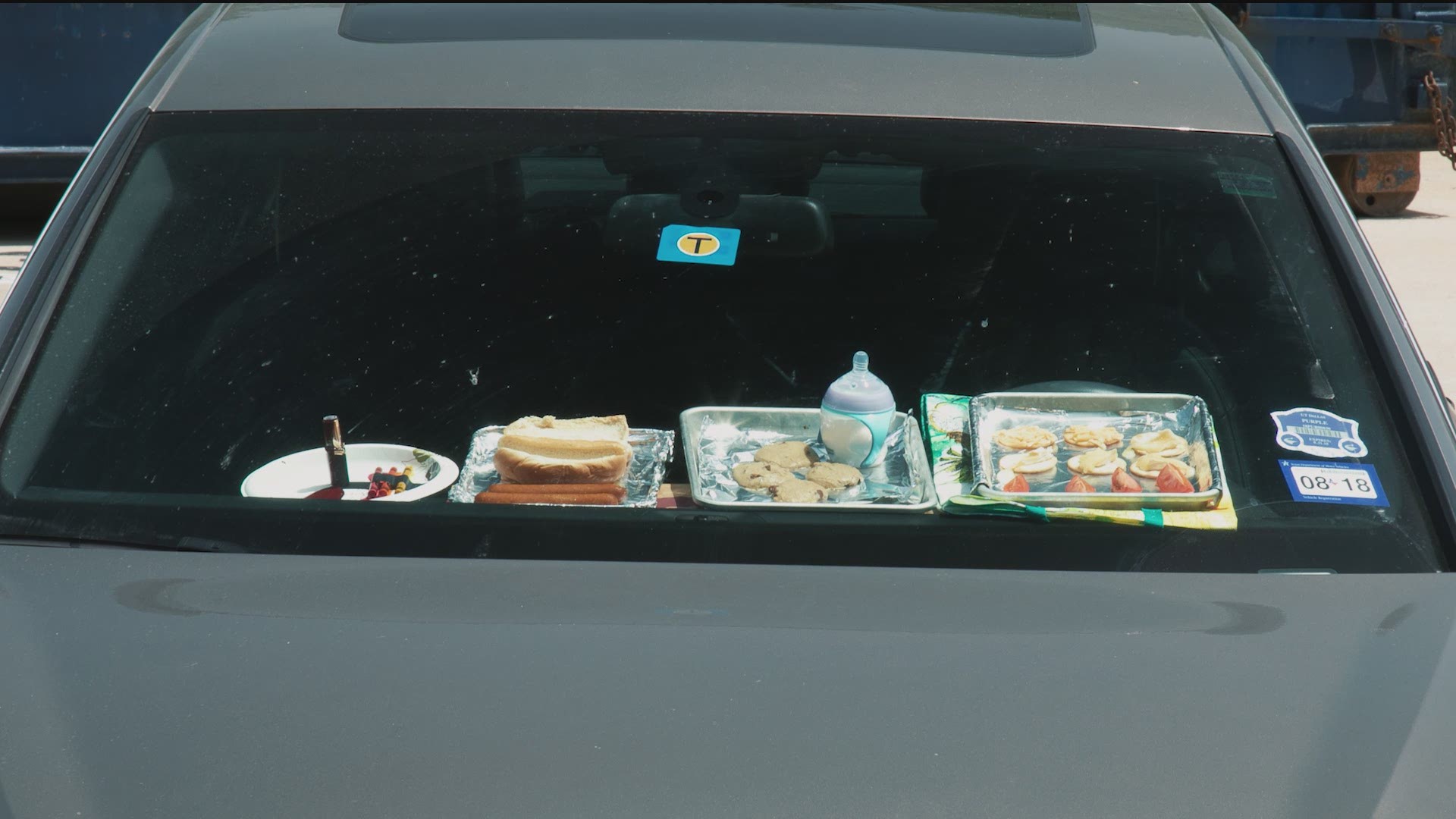 DALLAS – If 170-degree milk and tomato slices sun-dried on a car’s dashboard don’t scream “Texas summer,” I’m not sure what does.

That was the scene Wednesday in a Richardson parking lot, as a team from the University of Texas at Dallas set out to demonstrate just how powerful the heat can be inside a car.

UTD shared a time-lapse video of the experiment with WFAA. Watch the video player above to see the results.

Temperatures inside the car reached 180 degrees, according to the university’s thermal imaging camera. The cookie dough was baked almost all the way through, the milk heated up to 170 degrees and the hot dogs were fully cooked.

The lipstick, crayons and cheese were completely melted, and the tomatoes shriveled up.

“Leaving things in a car, particularly in the summer, is dangerous,” said Dr. Mary Urquhart, an associate professor of physics and head of UTD’s math and science department. “Small children and pets are particularly vulnerable. Due to their small size, they will heat up very quickly as the temperature rises inside the car.

“People can even get burns from the dashboard of a car that’s been sitting in the sun.”

Record-high temperatures were expected to continue through the weekend in North Texas, with forecast highs as high as 109 degrees Saturday.

"Wow! I'm really enjoying the hottest temperatures since 2011!" - said no one ever. #wfaaweather #recordheat pic.twitter.com/YFsOaZv8z4