The flight to the Los Angeles International Airport was delayed about 45 minutes. 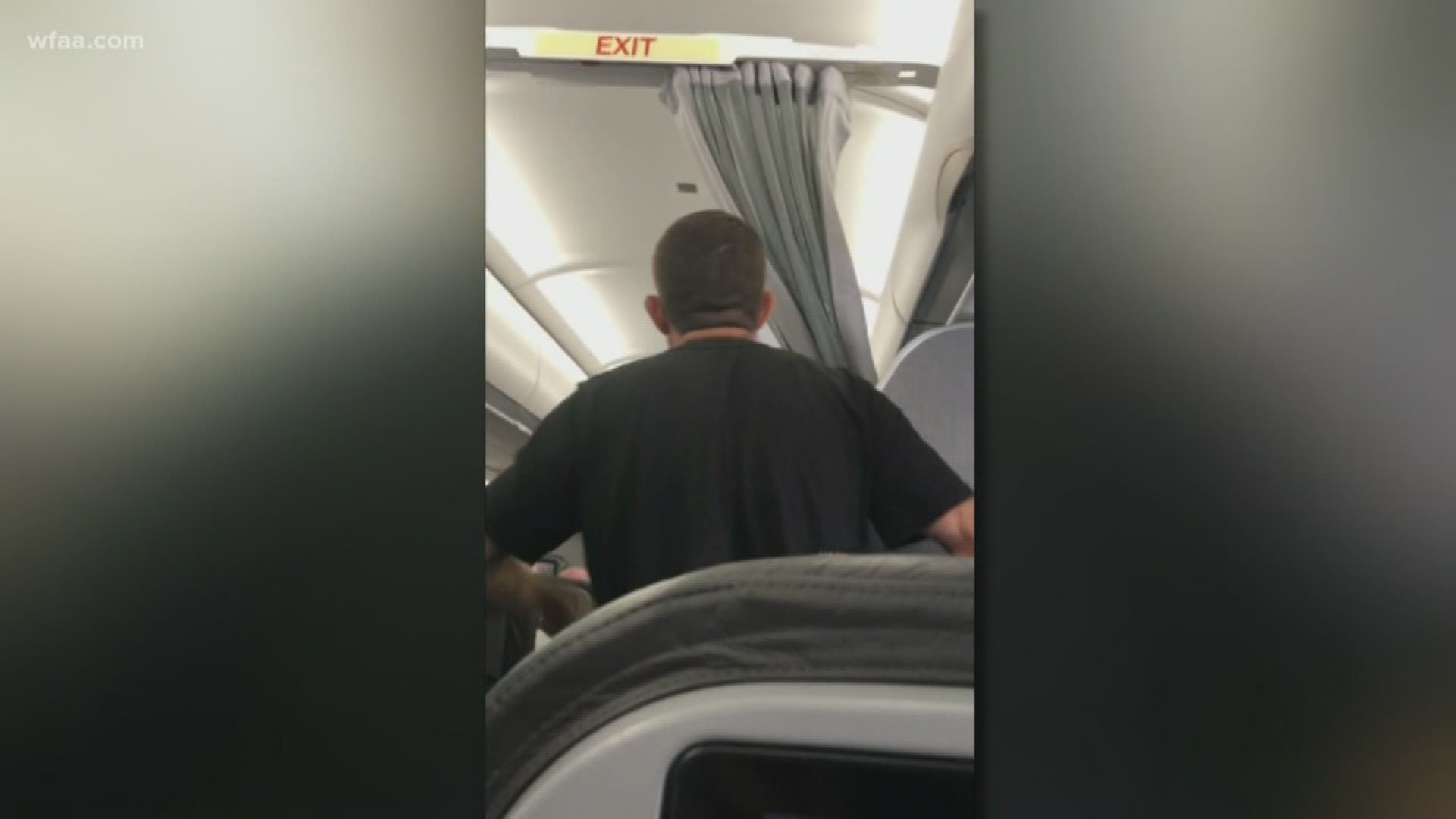 A disruptive passenger handcuffed to a wheelchair was removed off an American Airlines flight set to depart Monday from the DFW Airport.

The passenger was not happy with his seat assignment in Row 36, according to another passenger, John Gilbert. Instead, he sat right behind First Class in the window seat and then refused to move when the passenger who had the seat showed up. Gilbert captured video of the incident.

"Don't force me. Don't violate my freedom. That's my seat. You don't like it. Switch it," the passenger said in the video.

Flight attendants told the passenger to go to his seat or they will have to remove him. Since he refused to move, other passengers had to get their bags and get off the plane while police officers dealt with him. The AA2460 flight to the Los Angeles International Airport was delayed about 45 minutes.

As passengers got off, at least four police officers showed up at the gate, waiting to get on the plane to remove him.

Minutes later, Gilbert recorded video of officers removing him as he was seated on a wheelchair and handcuffed to it.

It's unclear whether authorities filed any charges against him. 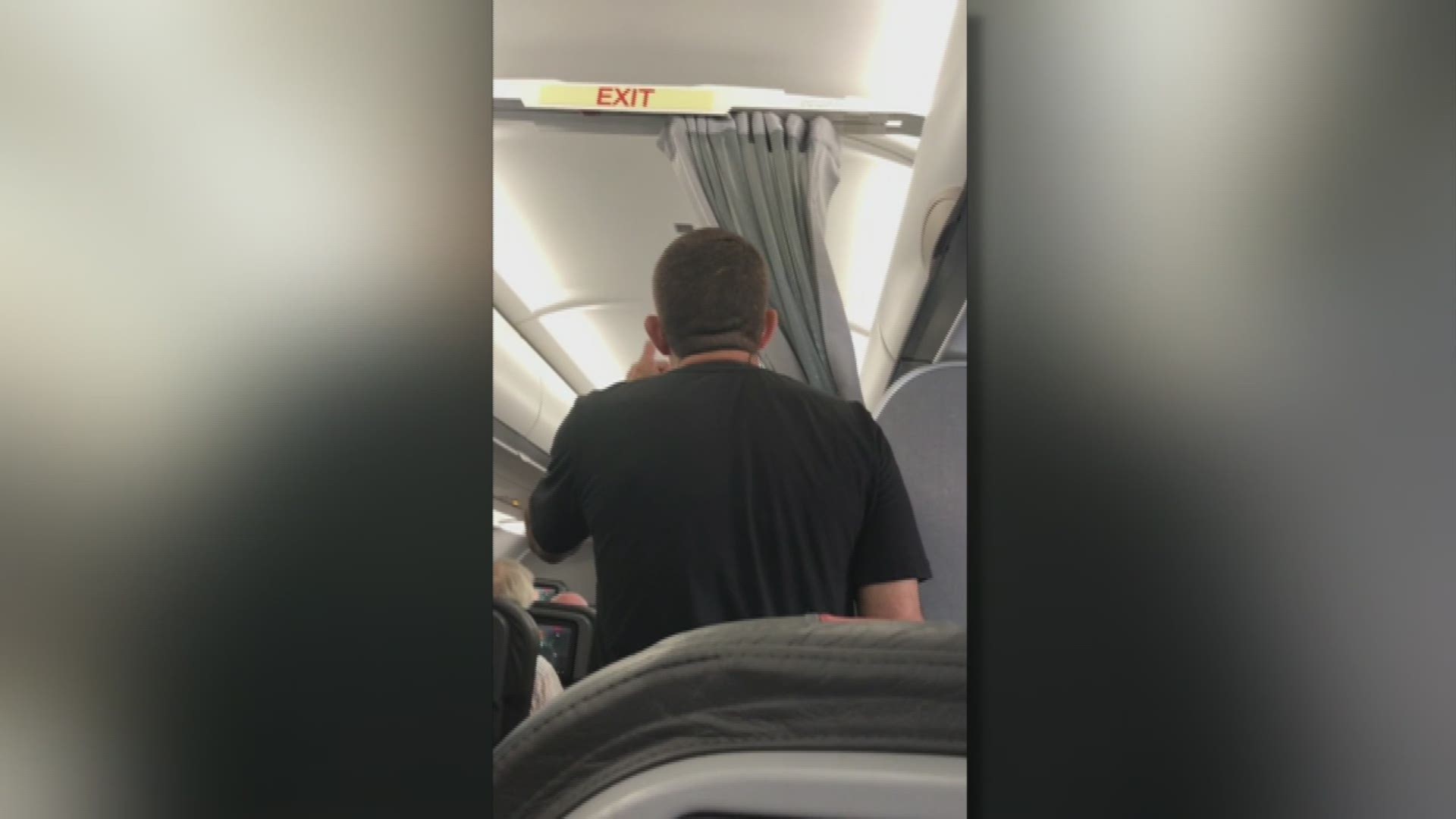