'Is it a strike': Rowlett school teacher stranded in Puerto Rico after Spirit Airlines' mass-cancellations

Kevin Cobb says Spirit employees left the gates in the terminal and never came back. 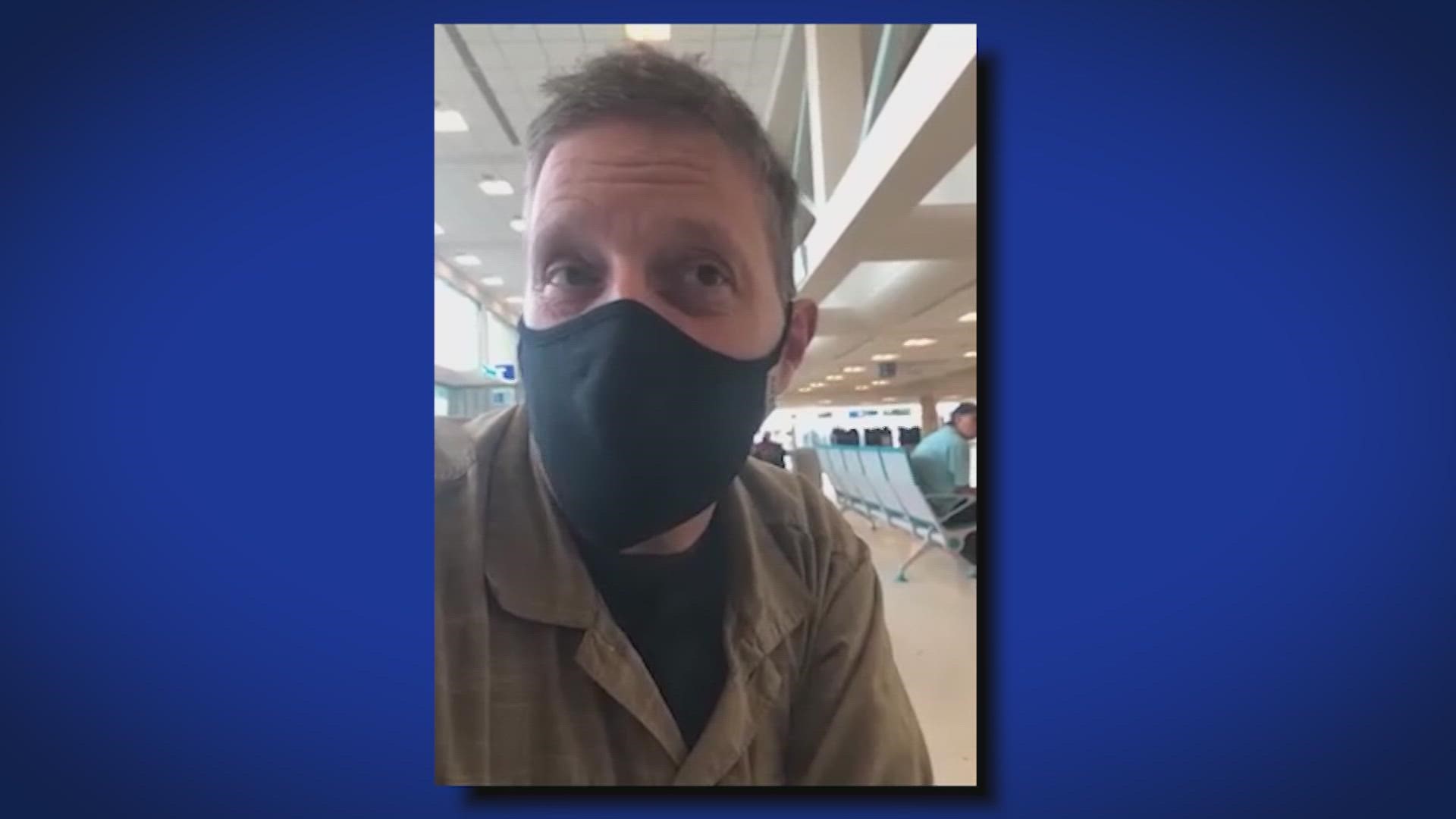 DALLAS — A third day of unexplained worldwide cancellations by Spirit Airlines left a Rowlett school teacher among the passengers stranded at Puerto Rico's Luis Muñoz Marin International Airport in San Juan, alternating between sleeping in an airport terminal chair or on the uncarpeted floor.

"Back and forth," Kevin Cobb said in a Zoom interview with WFAA two days after his Sunday flight had been cancelled.

Cobb says Spirit employees left the gates in the terminal and never came back.

"Suddenly, three police came and stood right in front of the door, at the actual gate. And it's just then that I noticed there were no employees from Spirit, it was just these police," he said, noting that pilots initially approached the officers appearing ready to board the plane but then walked away.

"A lot of this was for me kind of scary, because I didn't know what was going on and I didn't have anybody to explain really," Cobb said, admitting that his Spanish is limited.

Spirit Airlines hasn't fully explained either. On its website, in a big red banner,  it says, "we are experiencing operational challenges in some areas of our network."

The airline, in a written statement to ABC News said, "we needed to make proactive cancellations to some flights across the network, but the majority of flights are still scheduled as planned."

The numbers Tuesday, however, tell a different story. As of early afternoon, 58% of Spirit flights had been canceled and another 13% delayed, according to the flight tracking website Flight Aware.

"There's so much uncertainty out there. We'd like any human to actually make a statement on it," said Cobb.

"Is it a strike? Was it they are trying to save money? Was it a pilot shortage? We've heard a thousand theories. But we don't know what it is," said Cobb.

Tuesday afternoon, Cobb was able to purchase a return flight to DFW on American Airlines. But, while he waits for his refund, he is among tens of thousands still waiting for a clear answer from Spirit.

"For me, I would just like to know what it is that happened because it was a very eerie and isolating feeling," he said.