The crash occurred around 4 a.m. on Interstate 30 at Cockrell Hill Road. 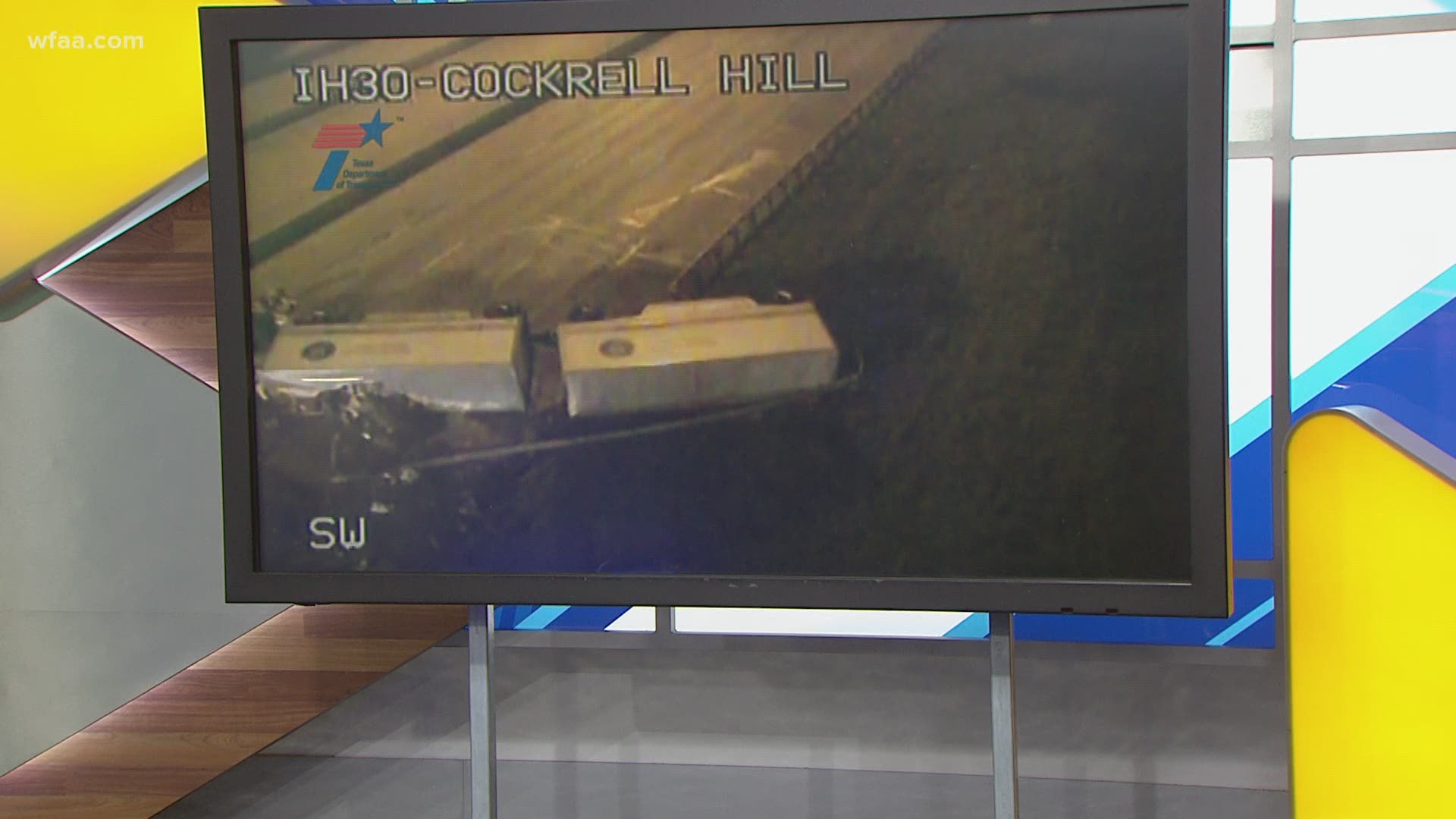 Updated at 9:08 a.m. with additional information from the Dallas County Sheriff.

One person was killed and another person was injured in a crash involving an 18-wheeler Friday morning in Dallas, authorities said.

The crash occurred around 4 a.m. on the westbound lanes of Interstate 30 at Cockrell Hill Road.

The Dallas County Sheriff's Office said a tractor-trailer and Dodge Caravan were involved in the accident. Authorities said when they arrived at the scene, the guardrail was damaged and the tractor-trailer was on its side.

Officials said the driver of the tractor-trailer was trapped inside but Dallas Fire-Rescue officials were able to extract the driver.

The 64-year-old man was transported to the hospital where he was pronounced dead, deputies said. His name will be released pending next of kin.

A 21-year-old woman who was driving the Dodge Caravan was also transported to the hospital. Officials said she survived her injuries.

Detectives believe the Dodge Caravan was trying to merge onto the highway from the entrance ramp when it was struck by the tractor-trailer.

#TrafficAlert: We have a MAJOR problem this morning for drivers going from #Dallas to #GrandPrairie. All lanes are blocked on 30 WB @ Cockrell Hill due to an accident involving an 18-wheeler.