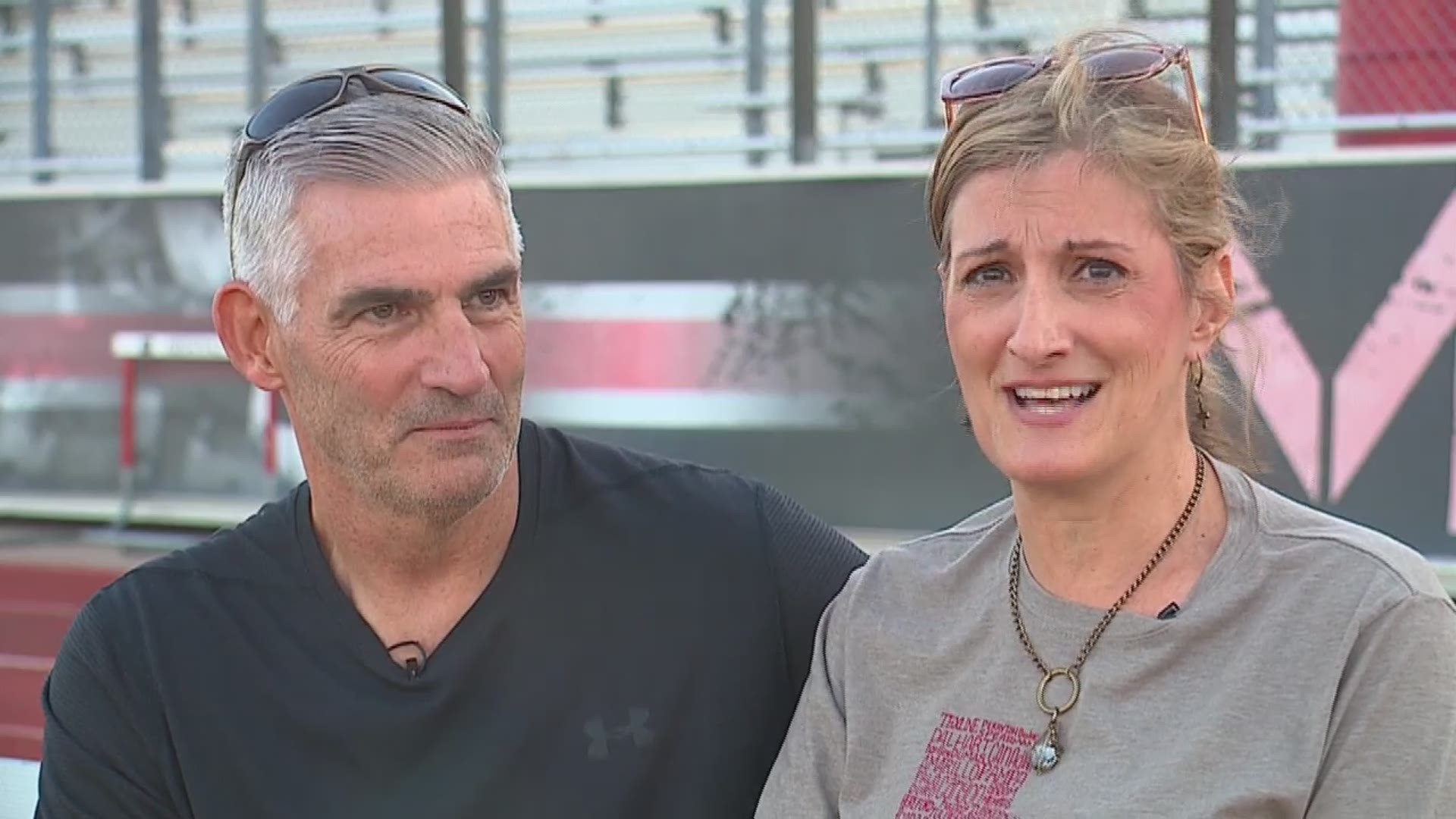 Downing Middle school soccer coach Zack Ruez says Landon Faulkner is "the embodiment of what we do."

The 15-year-old Faulkner loves sports. Of course, he loves most everything about life... but sports? Nothing compares.

"He's been at every Friday night football game for probably the last 10 years, I think," his mom Julie says. "Long, long time. That's his thing, that's what he loves."

He's helped with his school's sports teams, picking up tees, and manning the sidelines, for years. But today? Today is different.

"The wonders of youth -- it shouldn't just be restricted to just those that don't require extra assistance," Ruez says.

Today, Landon is wearing a jersey, and sitting on the sidelines with his Downing Middle School teammates.

And Landon got the full star-athlete experience today. His girlfriend was in the stands to cheer him on.

"Well, girlfriends!" his parents Julie and Don correct us. "He has more than just one! He's got probably the whole school!"

Just before halftime, Landon was is called off the bench, and sent out on the field.

Landon lined up a penalty kick... and scored. And the penguin slide celebration that followed was perfect.

"It's very fulfulling for us as parents, to know that these kids are loved so much in this community," Julie says.

"The ability for Landon to come out and here and just say, 'I was a part of the soccer team, and I got to take a kick during the game,' I mean, what a great thing for him to be able to say," Ruez says. "And he'll be bragging about this, God, we'll never hear the end of this at school," he says with a laugh. "He'll be bragging about it forever.

And I'll be happy to listen to every word of it. It's awesome."