After years of trades, the Texas Rangers are in the process of rebuilding their farm system. Here's a look at the best of their crop:

Over the previous decade, the Texas Rangers enjoyed the spoils of one of the strongest minor league systems in the game with successes the franchise had not experienced before. After years of trades to keep the big league club competitive, the Rangers are in the process of rebuilding their farm.

Texas prefers athletic players with loud tools as an organizational philosophy. Through the years, the Rangers have had a reputation for finding and developing sluggers, especially from Latin America, while struggling to develop starting pitching.

For our mid-year list, we are excluding players who have yet to participate in organized minor league ball. This includes Texas' most recent draftees such as Cole Winn and Owen White. Those two, and others from this year's draft, along with the talented International signees from this month, are well on their way to making the grade but we're holding back on ranking them until they've taken the field.

No. 7 Bubba Thompson, OF

No. 4 Julio Pablo Martinez, OF

No. 1 Willie Calhoun, OF 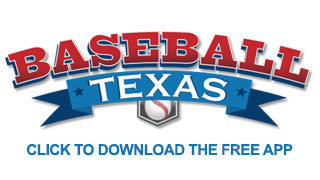