The Mexican men's national soccer team is on thin ice after FIFA sanctioned them earlier this year when fans chanted gay slurs during a pre-Olympic qualifying event. 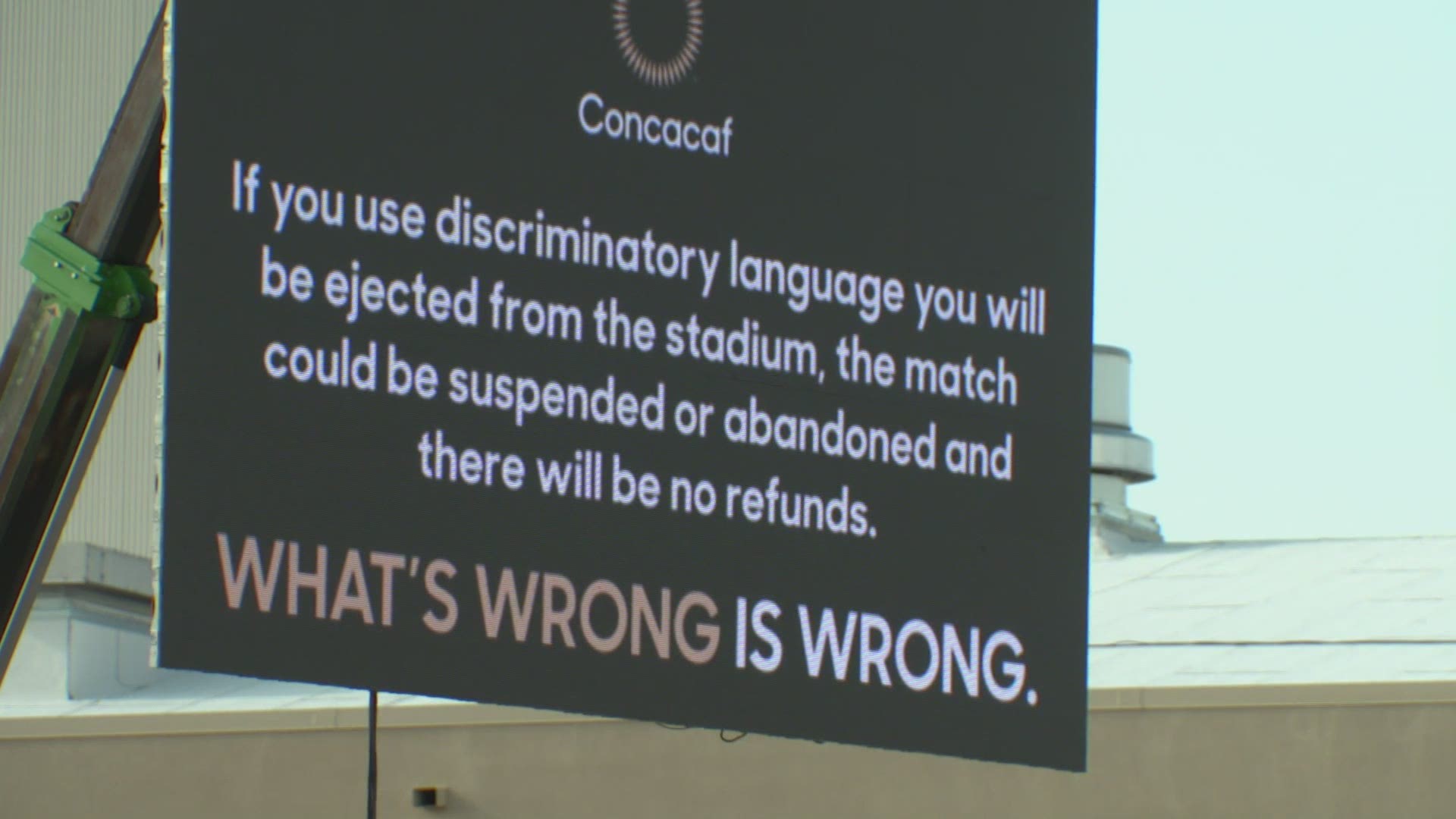 But outside the Cotton Bowl was a friendly reminder that Mexico's soccer team is on thin ice and that soccer organizations worldwide are fed up with the gay slur fans chant during games.

The reminder read: "If you use discriminatory language, you will be ejected from the stadium, the match could be suspended or abandoned, and there will be no refunds."

Per ESPN, which has done extensive reporting on the issue:

"The word has various definitions, among them 'male prostitute' or 'sodomite,' depending on the cultural context. In Mexico, it is a vulgar insult synonymous with cowardice when directed at another person and is considered offensive toward the LGBTQ+ community.

"As the overseer of the country's national teams, the Mexican federation (FMF) had ignored this behavior even in the face of FIFA punishment. It has been fined 15 times since the 2014 World Cup because of the chant."

But FIFA is done playing games.

The organization which governs the World Cup sanctioned Mexico and is not allowing the team to play in front of fans during its next two home games, which are World Cup qualifying matchups.

The federation is now fearful that if fans keep chanting the slur during matchups ahead of the World Cup, that the team may be disqualified from competing.

"The chant is discriminatory and is moving us away from FIFA competitions," Mexican federation president Yon de Luisa said during a news conference. "To those who think it's fun to [do it], I have news for you. It's not."

Per ESPN, Mexico's scoreless draw against Trinidad and Tobago on Saturday at AT&T Stadium was marred by repeated use of the chant, forcing the referee to temporarily halt play in the 87th and 94th minutes.

CONCACAF debated barring Mexico fans from the game Wednesday but allowed them anyway. In May, a similar situation happened at AT&T Stadium when Mexico played Iceland.

The organization has a three-step process in eradicating the chant. A warning is given, then a stoppage in play may be enforced, and then the match could be abandoned.

However, the third step has not been reached as of yet.

Dallas is hosting Mexico in all three group matches of the 2021 CONCACAF Gold Cup and the regional championship.

El Tri is also a regular in the Dallas-Fort Worth area.

Back in 2019, the federation announced a partnership with Dallas. That partnership would bring the men’s national team to town at least once a year,

The entire ordeal was to entice FIFA to bring the World Cup to North Texas in 2026.

Per Rafael McDonnell, who is the Communication and Advocacy Manager for Resource Center in Dallas, it's not a great look.

The non-profit aids LGBTQ communities in the area. McDonnell's grandfather also played soccer for a semi-pro team in the '30s in San Antonio.

"It seems that the Mexican National team and its leadership aren't taking this seriously enough," McDonnell said.

"People in Texas here know what that word means. It's a common slur. It's been shouted at us by people before."

McDonnell said if the word is to be truly eradicated, then harsher sanctions have to happen.

Removing the team from World Cup play could be one of them.

"You take away a platform that big, that global with that many eyeballs…you better believe FIFA doesn’t want that out there," McDonnell said.