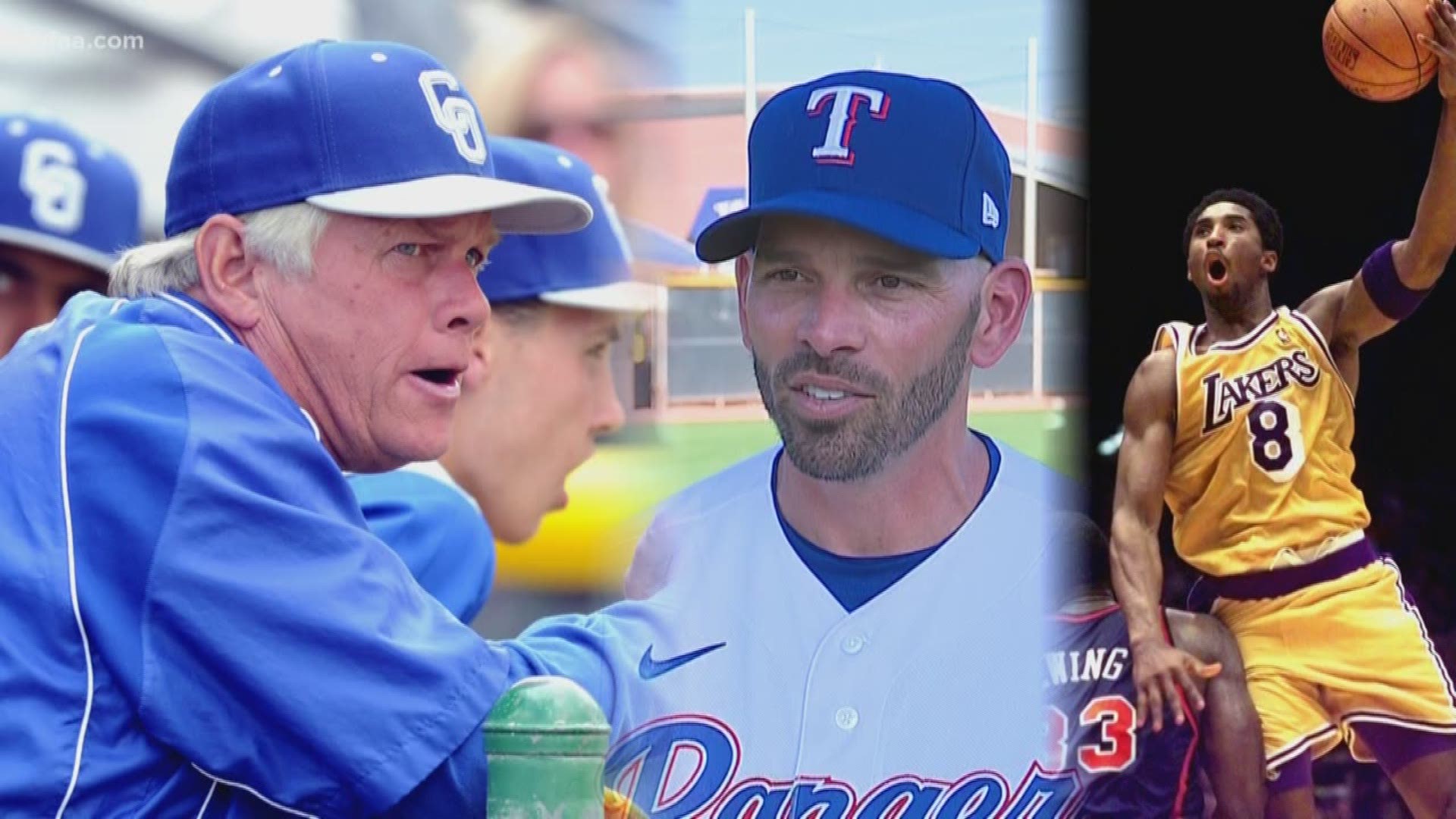 SURPRISE, Ariz. — Texas Rangers manager Chris Woodward started his second year on Monday.  After a 78-84 campaign in his inaugural season as manager, Woodward is trying to instill in his team a faith that they can grow into a contender.

"Getting these guys to believe in something bigger than themselves, I think is something really important," Woodward said, "because that's everything I preach and talk about."

Woodward is in his fifth year coaching baseball, after a long playing career.  And he has a very clear voice in his head when he's coaching.

It's his own coach.  Tom Quinley, from Northview High School in California.

"A lot of the selfless things I talk about, you know, that was a man that was completely selfless," Woodward said of Quinley.

It was Quinley who convinced Woodward that he could be a major league player.

But as Quinley got into his 60s, he endured a long battle with lung cancer.  In the summer of 2018, as the cancer got bad, Woodward held up a sign with Quinley's name on it, during MLB's Stand Up to Cancer tribute at the All-Star Game.

Later that summer, Woodward, who was still with the then-struggling Dodgers, went to see Quinley.

"And he goes 'hey, hey how's the team?'  And I said 'we're doing alright, Tom, we're gonna be okay, we're gonna get out of this.'  He goes 'Jeez, well, they're killing me!'  And just, the way he said it, we know he's on his deathbed. He literally passed away that week.  And to think, like, 'the Dodgers are killing me'?  Like, only Tom!"  Woodward recalls with a laugh.

Now, Woodward wears the #8 on his Rangers jersey as a nod to his late coach. And also for one other inspiration for the LA kid.

"The legacy that Kobe [Bryant] left was pretty much everything I preach," Woodward said. "So obviously I'm proud to wear #8 right now."