EDMONTON, AB — In the span of 28 hours, the Dallas Stars and Tampa Bay Lightning played 155 minutes and 57 seconds of Stanley Cup Final hockey.

They will play (at least) 60 minutes more.

"One of the biggest moments of the season and he finds a way to get one in there," Stars forward Joe Pavelski said of Perry's game-winning goal.

It was the second goal of the night for Perry, who signed a one-year deal with the Stars during the offseason.

Perry also scored the first goal of the night, which gave the Stars a much-needed jolt with their backs against the wall heading into Game 5.

The 35-year-old veteran forward becomes an unrestricted free agent after this season, but he wants to hoist the Stanley Cup again. Perry spent the first 16 years of his career with the Anaheim Ducks and won the Cup in 2007.

"We hang in there," Pavelski said about the team's effort, after the game. "We really do. We stick with it. Been through a lot together. We're in a hole. This gets a step closer. But, we got a ways to go."

As I wrote in my Stanley Cup Final preview:

"In a series that will require scoring and fortitude, [Joe] Pavelski and [Corey] Perry are an experienced pair fit for the challenge." 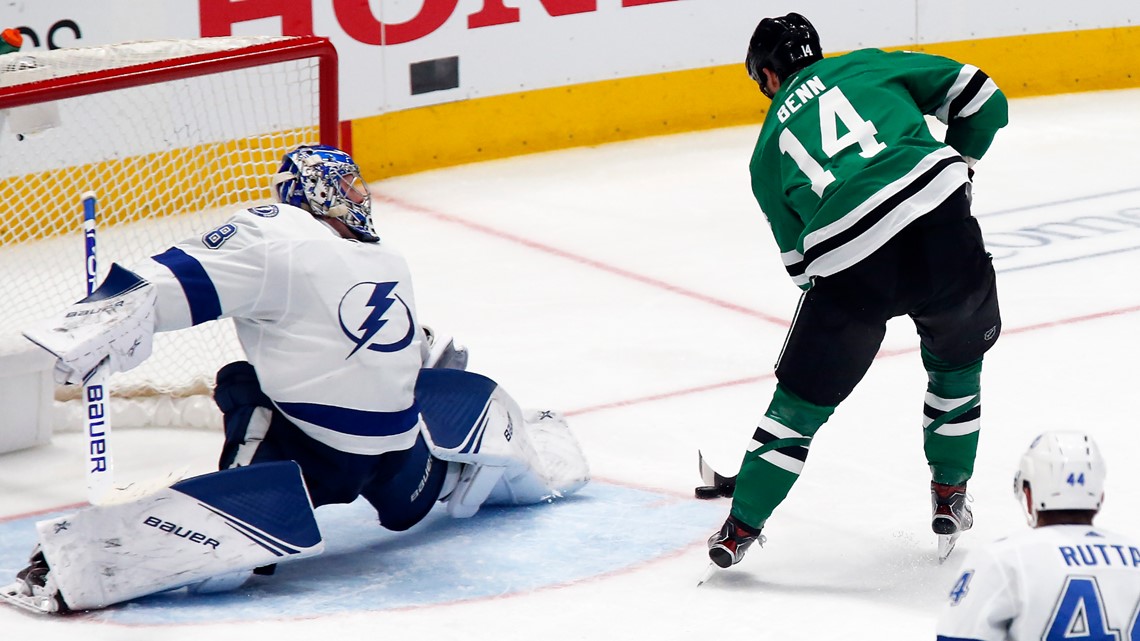 Stanley Cup Preview: Motivators, X-factors and game-changers for Dallas Stars and Tampa Bay Lightning
Game 1 of the Stanley Cup Final begins Saturday at 6:30 p.m. CT. EDMONTON, AB - Tampa Bay and Dallas are not your traditional American hockey cities, but this is 2020 -- "traditional" vanished six months ago. The Stanley Cup Final has arrived at the NHL "bubble" in Edmonton and two teams remain.

Pavelski has undeniably and unsurprisingly been the Stars' best player of the Stanley Cup Final.

That'd be goal No. 13 for Joe Pavelski (@jpav8). THIRTEEN! #StanleyCup

The goal not only forced overtime and preserved the Stars season -- it was historic.

Pavelski is now the all-time leader in Stanley Cup Playoff goals by a U.S.-born player with 61.

"It's fun to be up there with those guys and we'll try to keep going," Pavelski said dismissively. "We'll look at it another day, some other time. Not too worried about it right now. We're trying to get that trophy."

Pavelski has never got that trophy.

He came close in 2016 as a member of the San Jose Sharks, but they lost to Sidney Crosby and Penguins.

In the 2020 Cup Final, Pavelski is a man on a mission. He knows this might be his last shot at winning the Cup. He's playing like it.

He's scoring big goals and blocking potential season-ending shots. Leave it to the "old man" to be everywhere on the ice.

The Stars needed Pavelski's omnipresence and energy because they were gassed in the first overtime.

The Lightning peppered them with shots in OT and Stars goalie Anton Khudobin denied them all.

Except for the poor effort on Tampa's first goal, which is largely the fault of the Stars defensemen letting Ondrej Palat skate through them. Dobby was focused and locked-in for Game 5.

Dobby saved 39 of 41 shots on the night -- an otherworldly effort against this #1 ranked Lightning offense.

Not to be overlooked, Stars forward Tyler Seguin has come to life in Games 4 and 5 -- assisting on the last FIVE Dallas goals.

The Stars' star hasn't scored since Game 3 of the Western Conference semifinals and has been mostly a non-factor in the playoffs.

He's come alive when they needed him most.

Game 5 was also one of the Stars' most disciplined efforts of the playoffs.

After allowing six power play goals in the first five games of the Cup Final, including three in Game 4, the Stars committed just one *penalty* in Game 5.

Dallas killed the penalty and did not allow a power play goal.

See what happens when you don't give an elite offensive team advantages and opportunities?

"This was a step closer," Pavelski said post-game. "We'll recover. We played a lot of hockey the last 24 hours. We're not ready to go home quite yet."