With NFL training camp right around the corner, the Cowboys are likely assessing their strengths and weakness in preparation for the upcoming season 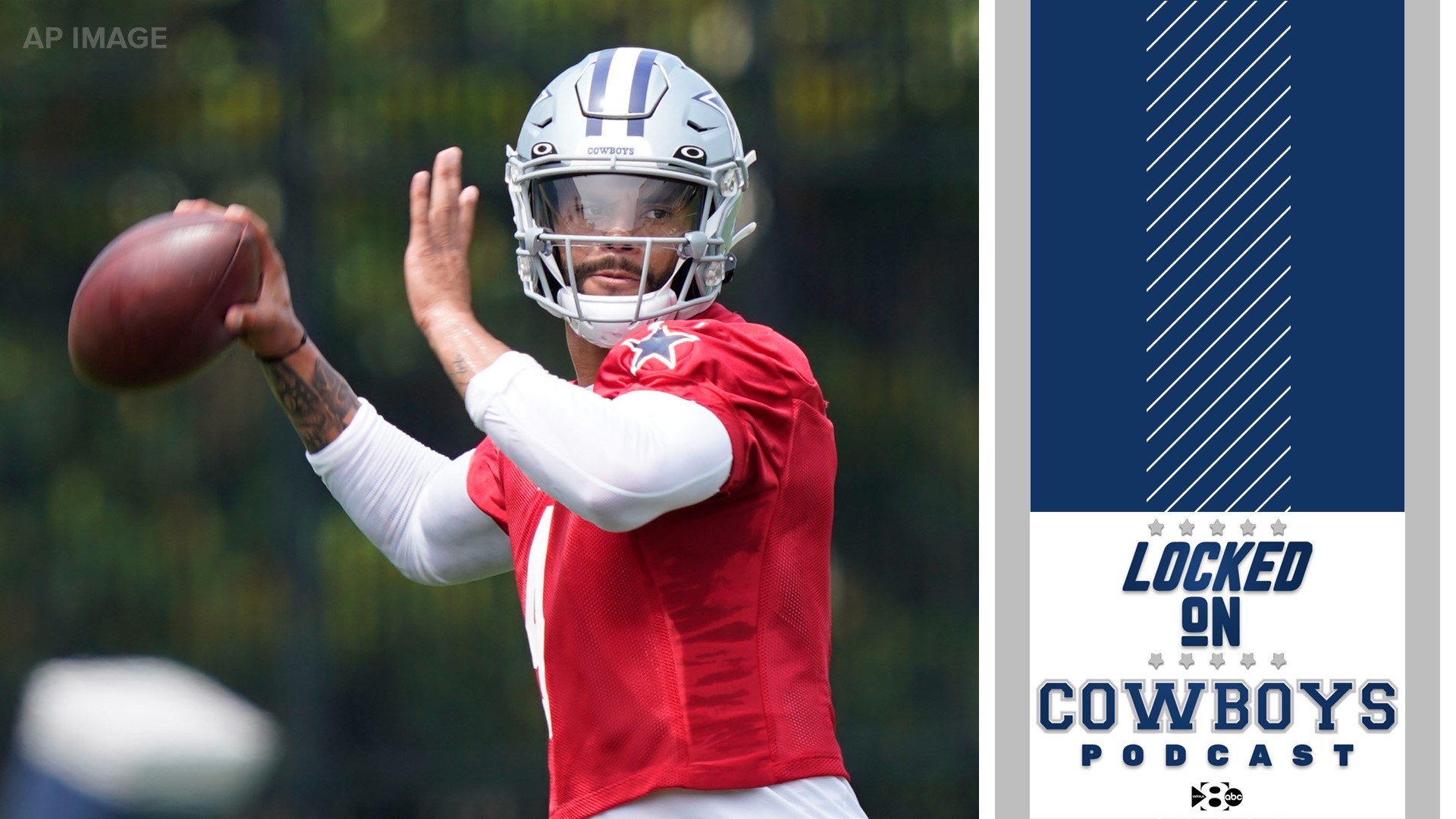 DALLAS — The Dallas Cowboys are one of the tougher teams in the NFL to evaluate. While they finished with a 6-10 record last season, their record didn’t seem to be an accurate representation of their talent level. Injuries and shoddy defense didn’t help the Cowboys’ cause in 2020, but they did alter perception of where the team stands.

As former coach and Hall of Famer Bill Parcells used to say, ‘you are what your record says you are.’ The Cowboys earned every bit of their disappointment last season.

As a new season approaches, it’s fair to wonder just how good this Dallas team can be. There’s certainly an adequate amount of talent on the squad, so we’ll find out quickly if last year was an anomaly or a sign of a team headed in the wrong direction.

With that in mind, here’s a look at the positions where the Cowboys are the strongest heading into training camp:

Dak Prescott is one of the best quarterbacks in the league and he was on pace for his best season to date before a season-ending injury that derailed his 2020 campaign. Prescott has gotten better each year since his rookie season and he’s unquestionably the heartbeat of the team.

The Cowboys will go as far as Prescott takes them, and, assuming he bounces back, Dallas should be in good hands.

Though Prescott’s presence alone makes quarterback a position of strength, Dallas does need a better backup so there is still room for improvement at the league’s most important position.

It’s easy to look at the stats and see that Ezekiel Elliott didn’t have his best season in 2020, but he’s still an elite talent. Performing behind an offensive line that was missing starters at four of the five positions for most of the year didn’t help his cause, but Elliott needed to make some adjustments in the offseason. To his credit, early returns seem to suggest that Elliott is putting in the work.

The Cowboys also have third-year pro Tony Pollard to pair with Elliott to form one of the league’s best RB tandems. Pollard had a great season where he showcased his playmaking ability when he got the opportunity behind Elliott.

The former Memphis standout had more big plays than Elliott despite far fewer chances and in his only start last season, Pollard accounted for 132 yards and two scores.

It’s hard to find a better trio at wideout than the one the Cowboys employ. Amari Cooper, CeeDee Lamb, and Michael Gallup are an outstanding group that can stress a secondary.

Cooper has been everything that the team had hoped for when they traded for him a few year’s back, accumulating three straight 1,000-yard seasons with 19 scores. Dallas needed a true No. 1 receiver and Cooper has been the answer.

Lamb excelled as a rookie and likely would’ve had a 1,000-yard season if Prescott had stayed healthy. Watch for Lamb to enjoy an even better sophomore season and compete with Cooper as the top receiver on the Cowboys.

Gallup took a small step back last year with the emergence of Lamb, but the veteran WR out of Colorado St. does have an 1,100-yard season under his belt. Few teams have as a good of a third option at receiver and if any injury occurs to Cooper or Lamb, the offense will have little drop-off with Gallup. It’s also a contract year for Gallup, so expect to see Dallas get the best out of him.

It might seem odd to call the o-line a position of strength after the many injuries in 2020, but the Cowboys are built around their big guys up front. Tyron Smith and La’el Collins are among the best tackles on their respective sides and Zack Martin might be the best guard in the league. When healthy, those three make for a dominant trio.

Connor Williams has been a starter over the last three seasons and continues to get better at LG. He isn't a Pro Bowl level performer yet, but Williams has been solid since Dallas drafted him out of the University of Texas.

At center, the Cowboys have second-year man Tyler Biadasz in the driver’s seat to start. As a rookie, Biadasz started four games before an injury knocked him out. Cowboys’ RT Collins has been impressed with Biadasz’s command of the line thus far this offseason.

“[Biadasz] is speaking with more confidence. He’s asking the questions that you want a center to ask…he reminds me a little bit of [Travis Frederick]. He’s got a lot of Travis in him.”

That’s high praise for Biadasz and if he can follow near the fellow former Wisconsin Badgers’ footsteps, the Cowboys have themselves an excellent starting center.

The Cowboys also covered themselves by adding veteran tackle Ty Nsekhe and by drafting Josh Ball in the fourth-round. The team will be bringing back Terence Steele and Brandon Knight, as well, as the duo gained valuable experience at the tackle spots last season. Meanwhile, 2019 third-rounder Connor McGovern finally saw the field and should provide depth on the inside.

Dallas’ offensive line has depth and talent and, if the unit can escape injury, they should be able to reclaim their title of one of the league’s top units.

LB is another position that might seem strange to claim as an asset for Dallas after the unit was such a trouble spot for a disastrous defense in 2020. Nevertheless, the Cowboys improved their team speed and athleticism at LB this offseason and have turned a weakness into a potential strength.

The team added former Pro Bowl standout Keanu Neal to play LB, and the selections of Micah Parsons and Jabril Cox in this year’s draft supplied the defense with an influx of talent.

Parsons is the athletic freak that the position needed and Cox is the coverage specialist that the defense lacked.

Those additions infused with incumbents Jaylon Smith and Leighton Vander Esch provide the Cowboys with depth in case the injury bug bites the LB position. Vander Esch’s history of injury and Smith’s ineffectiveness as a load-carrying starter meant that Dallas needed to remake the position this offseason and it appears as though the team succeeded in doing so on paper.

The Cowboys now have a vastly different LB unit from last season, and the results on defense should reflect those upgrades if all goes well.

Which position group are you most confident in for the Cowboys ahead of the 2021 season? Share your thoughts with Ben on Twitter @BenGrimaldi.

SUBSCRIBE: The Locked On Cowboys podcast is on Apple Podcasts, Spotify, Stitcher and wherever you listen to podcasts.