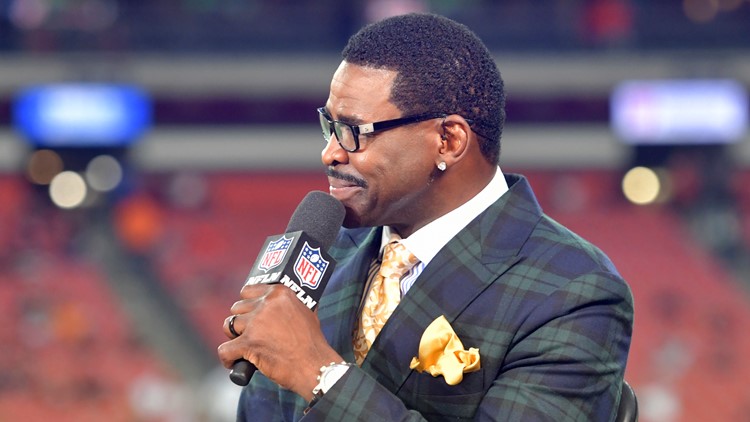 Photo by: AP
Michael Irvin performs at the on-field set for Thursday Night Football before an NFL football game between the Cleveland Browns and the New York Jets, Thursday, Sept. 20, 2018, in Cleveland. (AP Photo/David Richard)

OXNARD, Calif. — You don’t need a rushing champ to win a Super Bowl, according to Cowboys owner Jerry Jones. But the more pressing question -  do the Cowboys need this rushing champ to make a run at one?

"This would be a sad situation if things continue to linger,” said Cowboys hall of fame receiver Michael Irvin.

The 3-time Super Bowl champ couldn’t even make it through the question. “No,” he interrupted, "You don’t even have to finish asking the question. The answer is no. Let’s stop playing guys."

Irvin pointing out how Elliotts carried the Cowboys load. And we ran the numbers for last season.

Elliott touched the ball on 40 percent of Cowboys plays. And his 25.4 touches per games, that's average of times he either ran or caught the ball, ranked number one among non-quarterbacks in the entire NFL.

"You don’t give someone the ball this much,” said Irving, "and then come around and say, ‘we built this but we think we can do it without you.’"

Irvin said he also likes what he has seen this offseason from quarterback Dak Prescott, and he’d love to see what he’ll do when surrounded with a better supporting cast.

It sure sounds like the playmaker is ready to spend a bunch of owner Jerry jones money, when asked if he’s had a conversation with Jerry about that Irving exclaimed, "I’m not trying to spend Jerry’s money I’m trying to get the Cowboys to a Super Bowl!”

Speaking of, Irvin threw down a challenge to his former boss, recalling a Jones quote from last August.

On his radio show on "105.3 The Fan,” Jones said, "It would be embarrassing, it would be shocking if you knew the size of the check I would write if it guaranteed me a Super Bowl.”

While getting Elliott back in the fold offers no guarantees, Irvin used Jones words against him.

"Well Jerry, write that embarrassing check,” Irvin said. "Just give it to Zeke and let’s get our {butts}in the Super Bowl.”

He rarely dropped passes,  but the playmaker can certainly drop a mic.