Is Devin Smith the Cowboys' next comeback kid? 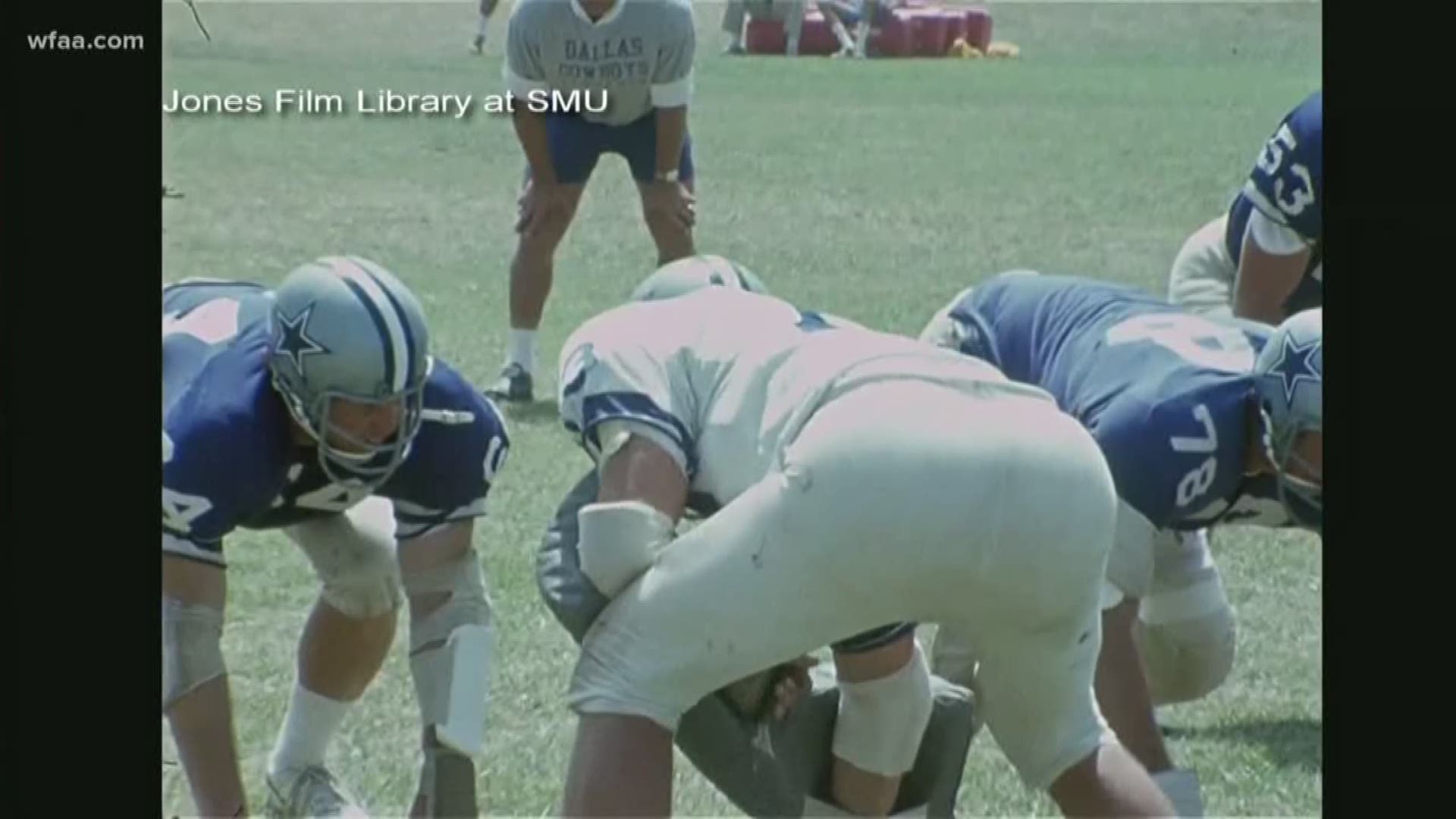 DALLAS — The Dallas Cowboys have developed a knack in the past five years for helping underperforming players have at least a season or two of realized potential, and receiver Devin Smith has a chance to be one of those stories.

In 2014, the club signed middle linebacker Rolando McClain, a former first-round pick for Oakland in 2010, to fill a gaping void left when Sean Lee tore his ACL in the first practice of organized team activities that season, with only the inexperience of Bruce Carter and Anthony Hitchens remaining.

McClain played at a near-Pro Bowl level and had Dallas fans dreaming of a linebacking corps that featured him and Lee for years to come. It turned out 2014 was McClain's best season but he helped fill in the gaps in a year where the Cowboys made it all the way to the Divisional round of the playoffs without their defensive leader.

In 2017, the Cowboys carried guard Jonathan Cooper on their roster. The former 2013 first-round pick had injuries derail his time with the Arizona Cardinals, and he was on his fourth team when Dallas got a hold of him. If arguably the worst team in the NFL at that time, the Cleveland Browns, and the NFL's best team, the New England Patriots, couldn't get anything out of him, then why would anyone think Dallas could? Cooper started 13 games for Dallas at left guard and earned another shot with Washington in 2018.

That brings us to Smith. The 27-year-old wideout is a former 2015 second-round pick for the New York Jets, but he has only played in 14 career games from 2015-16 due to a torn ACL in his right knee sustained four games into the 2016 season. Trouble rehabbing the knee, including another torn ACL in the same knee in the 2017 offseason program, obliterated his 2017 and 2018 seasons.

Now, the former Ohio State Buckeye, a teammate of running back Ezekiel Elliott on the program's 2015 College Football Playoff National Championship team, could be on his last chance. However, the Cowboys still have faith in the 6-1, 199-pound wideout.

"In our evaluation coming out of school is we liked him," coach Jason Garrett told reporters Aug. 21. "You follow guys like that and wonder what happened, I know he's suffered a lot of injuries, so maybe a fresh start, get him a new environment, maybe just being health and learning the system, maybe that helps him."

The Cowboys seem to like their Ohio State guys. In addition to Elliott, the club drafted Buckeye receiver Noah Brown in 2017 and added Mike Weber in the 2019 NFL draft in Round 7. Routinely, Cowboys coaches were in attendance at Ohio State's pro days going back to 2016, which gave them insight into how past and present Buckeyes could fit into the Dallas culture.

"He's been banging away, banging away and he's really had a good couple of weeks," Garrett said. "It's great to see that, a guy whose been a veteran player, gone through some things in his career, keep plugging away and go about it the right way and have a little success."

Said Garrett: "Devin has really shown up in the games. He’s played well lately. Last 10 days or so, he’s really been excellent. He’s a guy who has some experience. Obviously has some ability. I just he’s gotten more and more comfortable and confident. The plays he made the in the game the other day were really good. Big-time plays. Even the stop route that he caught on the right sideline. Made a really good catch, a really good run after the catch."

Part of overcoming any season-ending injury is regaining the confidence to play and cast aside any tentative feelings. Garrett has seen Smith play with more confidence in himself throughout preseason.

"He’s made some plays here the last couple of weeks and I think that’s really buoyed his confidence," Garrett said. "I think he’s feeling better and better about himself, coming off the better and he’s making a lot of plays for us."

Smith faces stiff competition in making the Dallas 53-man roster at the end of preseason with commitments made to wideout Amari Cooper, second-year receiver Michael Gallup, and veteran Randall Cobb. Brown has a blocking ability in the run game that the club likes and needs.

Normally, teams don't carry beyond six receivers due to special teams implications, which puts a premium on the fifth and presumptive sixth wideout spots. Even if Smith is not able to make the final roster, he may have shown enough in his training camp and preseason with Dallas to restore his career.

Do you think Devin Smith will make the team and contribute in 2019? Share your thoughts on the WR depth with Mark on Twitter @therealmarklane.