‘Garbage playcalling’ and ‘Snake Lee’: Dez Bryant is going off on the Cowboys on Twitter

Dez was throwing haymakers at his former team on Twitter Friday, just after reports surfaced that he might be close to signing with a new team. 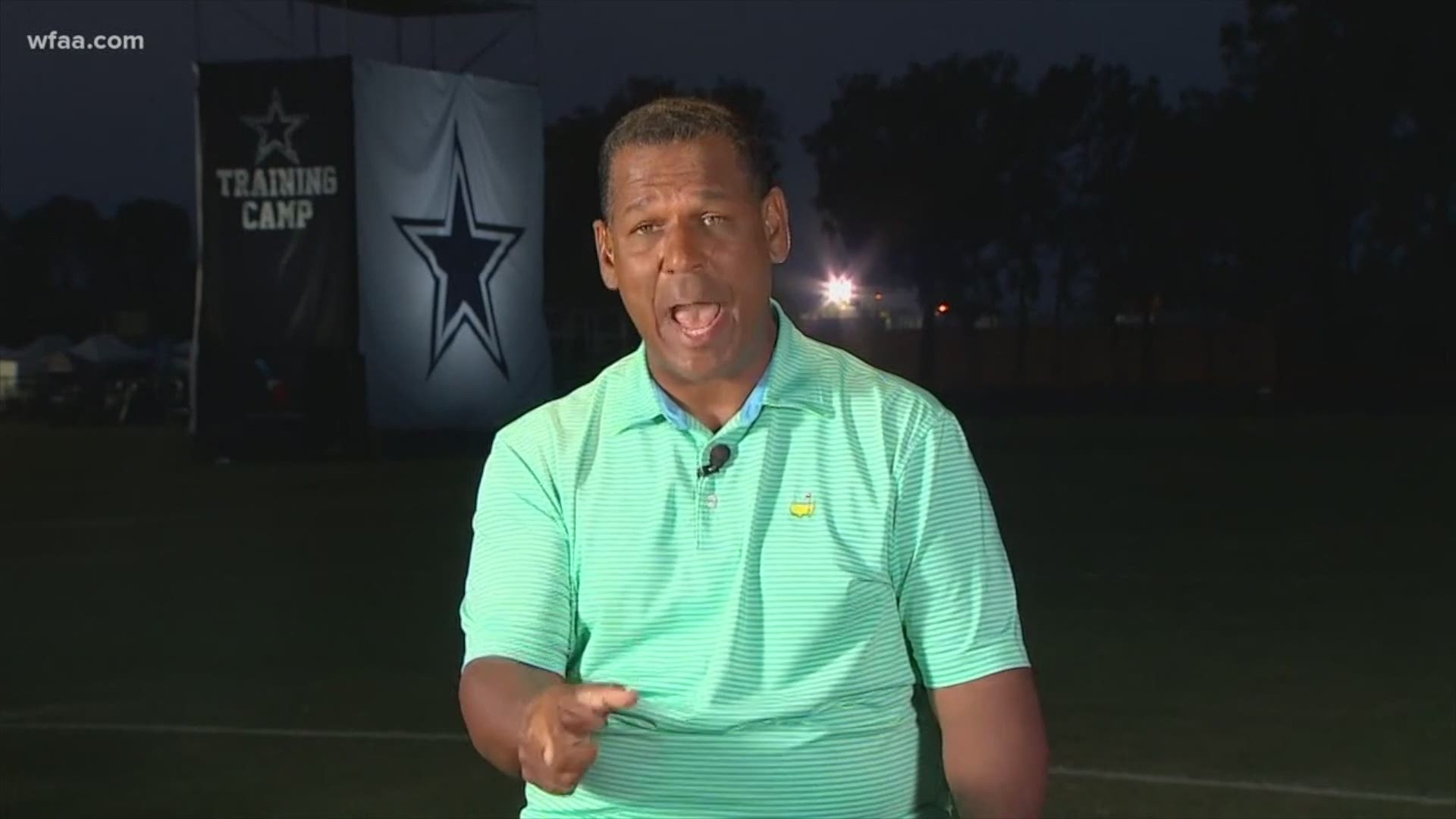 OXNARD, Calif. – Just as reports surfaced that Dez Bryant could be honing in on a deal with a new team, the former Cowboys wideout started blasting his old team on Twitter.

In a response to a SiriusXM tweet (that they outlet later clarified) attributing a theory that Bryant may have made things difficult for Dak Prescott last year in Dallas to Stephen Jones, Bryant said it was actually “garbage a-- playcalling.”

“Everybody lined up in the same spot for 17 weeks,” he wrote in the expletive-laden tweet.

“Jerry was the only one who was clueless,” he wrote. “[It] was planned to get me out, ask Travis [Frederick] and my brother snake Lee I mean Sean Lee.”

He expounded upon that later, saying he "never thought" he and Lee had a problem but that he "found out [Lee] was also behind" his exit.

• Here's how the Cowboys responded to the tweet storm

Bryant didn’t have a known beef with Frederick or Lee specifically during his tenure in Dallas, but took a shot at a collective group of players he called “Garrett guys” on his way out the door.

After practice Friday, both Frederick and Lee shot down the notion that they could've had anything to do with Dez's release.

In a series of other tweets, Bryant implied he was no longer “suffering” now that he’s out of Dallas and called some Cowboys fans “disloyal.”

The epic tweet storm did include an endorsement of several Cowboys, players, including Prescott.

"I can't tag everyone but you know who you are, No. 1 supporters and still am," he wrote. "I want them to achieve everything they've got their mind on."

Last thing... I always been @dak @EzekielElliott @Bease11 @TerranceWill2 I can’t tag everyone but you know who you are # 1 supporters and still am.. I want them to achieve everything they got they mind on

Stephen Jones clarified his original comments, mentioning both Bryant and Jason Witten in the same context as "great players" whose desire for the ball could put pressure on a young quarterback.

Sirius XM posted a clarification on Twitter Friday evening as well, showing the full quote. It mirrored much of what Jones told media members in Oxnard.

Dallas Cowboys EVP/COO, Stephen Jones full quote on the biggest strides he would like to see Dak Prescott make in year three pic.twitter.com/NaXUeV1dXl

Less than an hour before Bryant’s Twitter run began, NFL Network Insider Ian Rapoport reported that the former All-Pro receiver may be closing in on a deal with the Cleveland Browns.

Bryant and the organization had been working on scheduling a meeting, Rapoport said.

Sources: The #Browns and FA WR Dez Bryant have mutual interest and the team is working on scheduling a visit with him. Monday would be a logistical day, if not sooner. This could be a match.