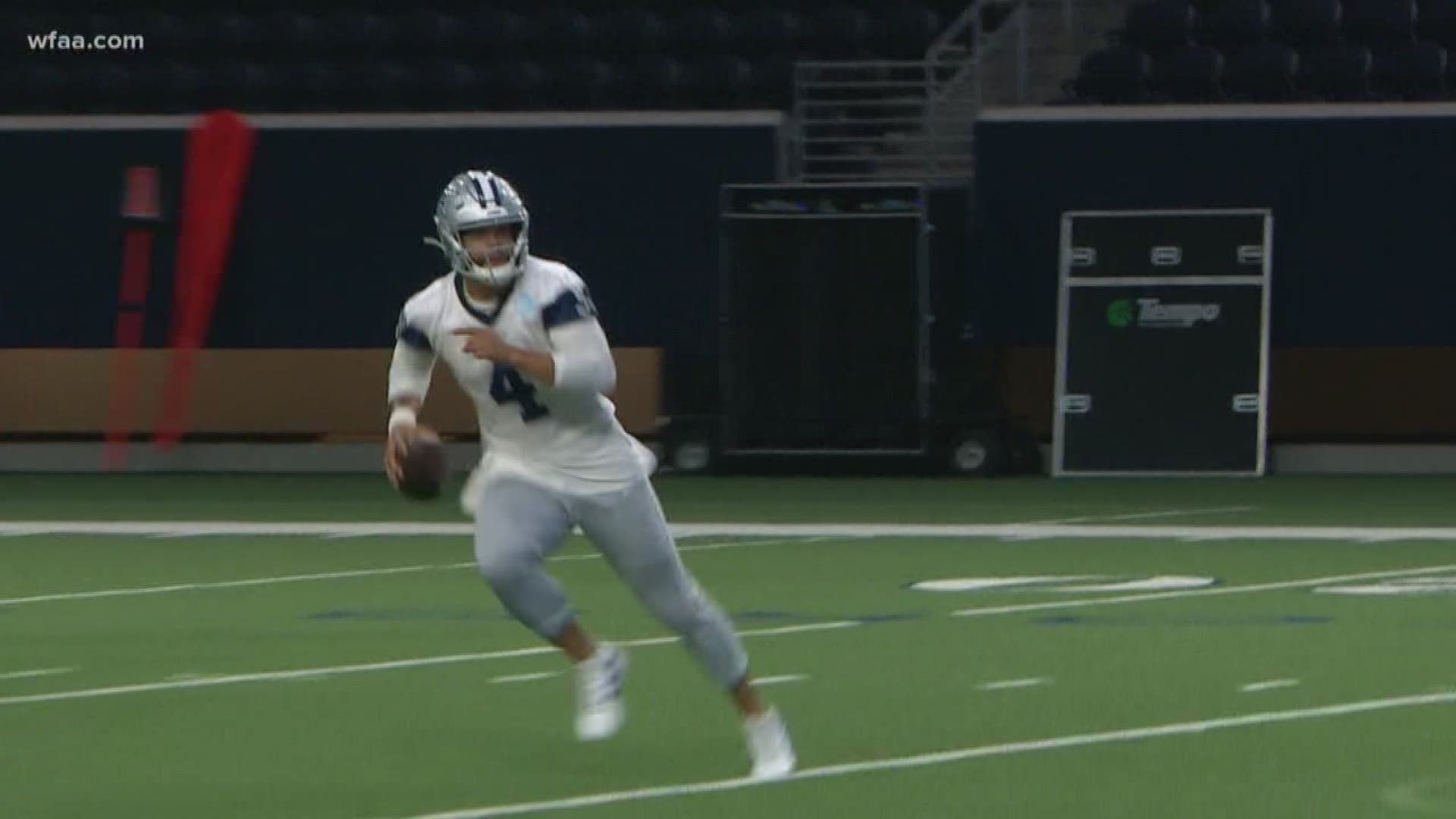 450 campers attended the two-time Pro Bowler's camp at Mississippi State, a camp that he has held for the past three offseasons. Returning to his college town always generates warm feelings.

"I told the campers and the parents before that I get the privilege to do a lot of cool things meet a lot of cool people, but being back in Starkville, the welcome you get, the love you get, there's nothing like it," Prescott said. "It's the reason I came to school here whatever many years ago. It's the reason I come back every offseason and make sure that I give these people what they give to me."

The camp, which is spread across two outdoor fields at the Leo Seal Jr. Football Complex, is Prescott's third ProCamp of the summer. The Cowboys field general has held camps in the Dallas-Fort Worth area and also in his hometown of Haughton, La. ⁠— places that are "near and dear" to his heart. Regardless of where Prescott is hosting camp, he is spreading the message to every camp in the three states that they can achieve their hearts' ambitions.

"To be able to go back and interact and just to hopefully inspire some of these kids, give these kids hope and give these kids faith that they could easily be me one day," said Prescott. "I'm a testament of that as a small town kid that worked his tail off and is in this position and I just want to make sure that each and every one of them know that they can do that as well or do whatever they want to be."

Prescott, who turns 26 years old on July 29, is entering the final year of his rookie contract. His fourth training camp commences in less than a week. It would be understandable if he showed up for one day of the two-day camp, or simply was a walk-around coach. Not only was Prescott enthusiastically leading drills, but he used the ProCamp to give after-camp lunches to underprivileged campers and will host a luncheon for the American Cancer Society on Sunday.

No doubt the involvement with the American Cancer Society is Prescott's way to honor his late mother, Peggy Prescott, who lost her battle with colon cancer in 2013 yet remains a significant inspiration in his life.

Said Prescott: "Obviously [eliminating] cancer is near and dear to my heart, affecting, touching somebody, my most inspirational person, the person that means the most in my life. So, just to be able to connect with them and partner with them and once again give hope and give faith and meet some of the women that are survivors and the women that may be going through it. I'm thankful for that partnership."

How long will Prescott continue to host a camp at Mississippi State? As long as the community is hospitable, welcoming, and tight-knit — in other words, for a very long time.

"The same reason I come back is the same reason that I came to school: the people, the hospitality, and just the love that I feel," Prescott said.

Do you think Dak Prescott will earn a big contract extension before the season begins? Share your thoughts on Dak with Mark on Twitter @therealmarklane.