Cowboys defensive end Randy Gregory is back after two years on the NFL's suspension list. 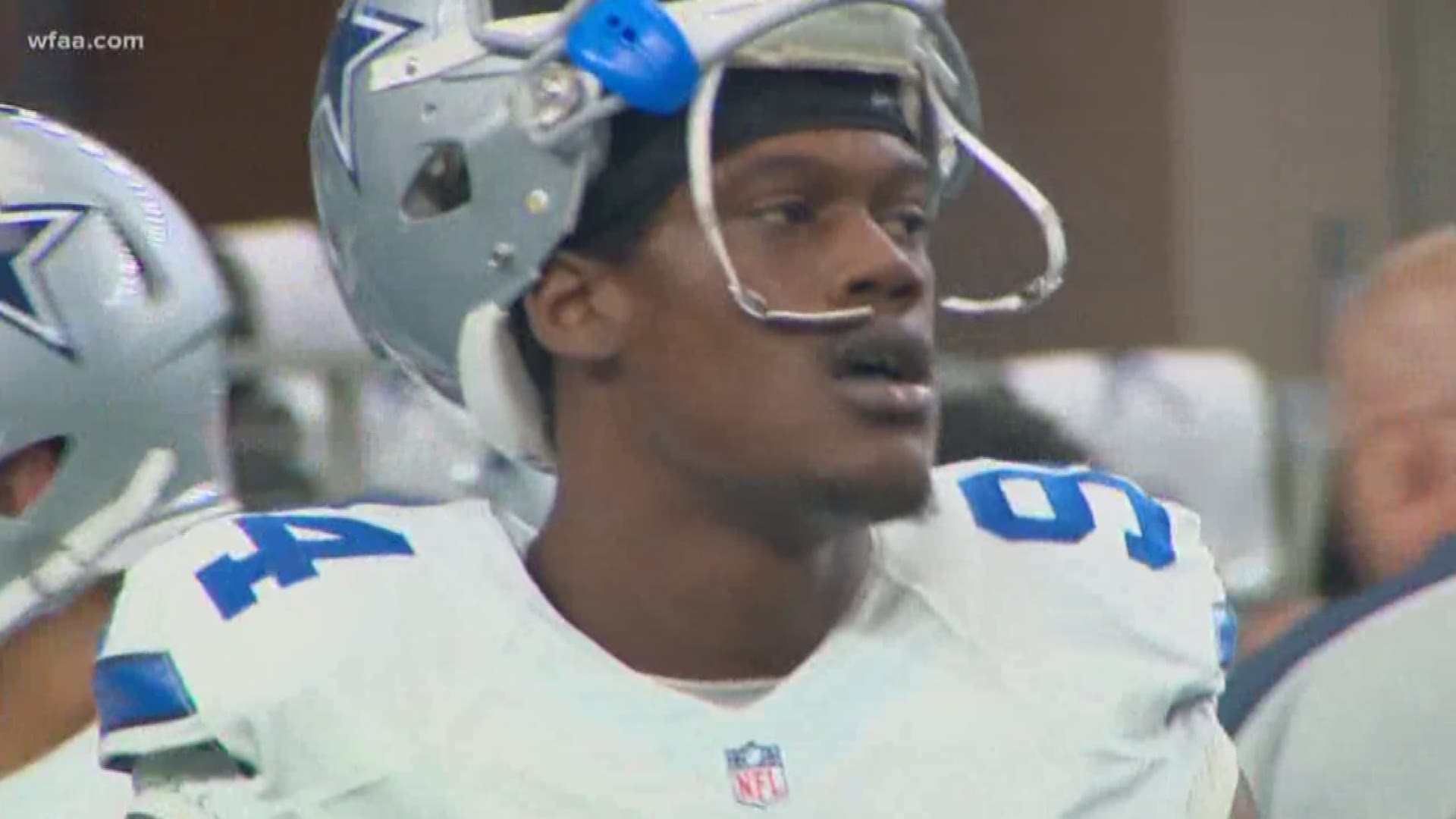 Embattled Cowboys defensive end Randy Gregory has been reinstated to the NFL on a conditional basis after two years on the suspension list.

The banishment was a result of repeated violations of the league’s substance abuse policy. Gregory last suited up for the final game of the 2016 season.

He submitted his application for reinstatement in May.

The reinstatement means Gregory is allowed to join the team at training camp in Oxnard, Calif. later this month and participate in all team activities so long as he complies with the NFL’s policy on substance abuse.

The @NFL's statement on the reinstatement of Cowboys pass-rusher Randy Gregory: pic.twitter.com/D5knQgdy77

“I’ve never been more proud of any individual in my life," Gregory's attorney said, according to NFL Network Insider Ian Rapoport. "I’m very excited for Randy and his daughter and the rest of the his family."

#Cowboys pass-rusher Randy Gregory’s petition for reinstatement was not opposed, according to lawyer Daniel Moskowitz. He’s back. “I’ve never been more proud of any individual in my life. I’m very excited for Randy and his daughter and the rest of the his family."

Gregory gave a subtle nod to the good news Tuesday afternoon, sending a tweet that included only a winking emoji.

Gregory was thought to be a top-10 talent in the 2015 NFL Draft before failing a drug test at the NFL Scouting Combine that year. He recorded 17.5 sacks in just two seasons as a Cornhusker.

His use of marijuana was well-documented at Nebraska, and he has told multiple media outlets that he used the drug to cope with anxiety.