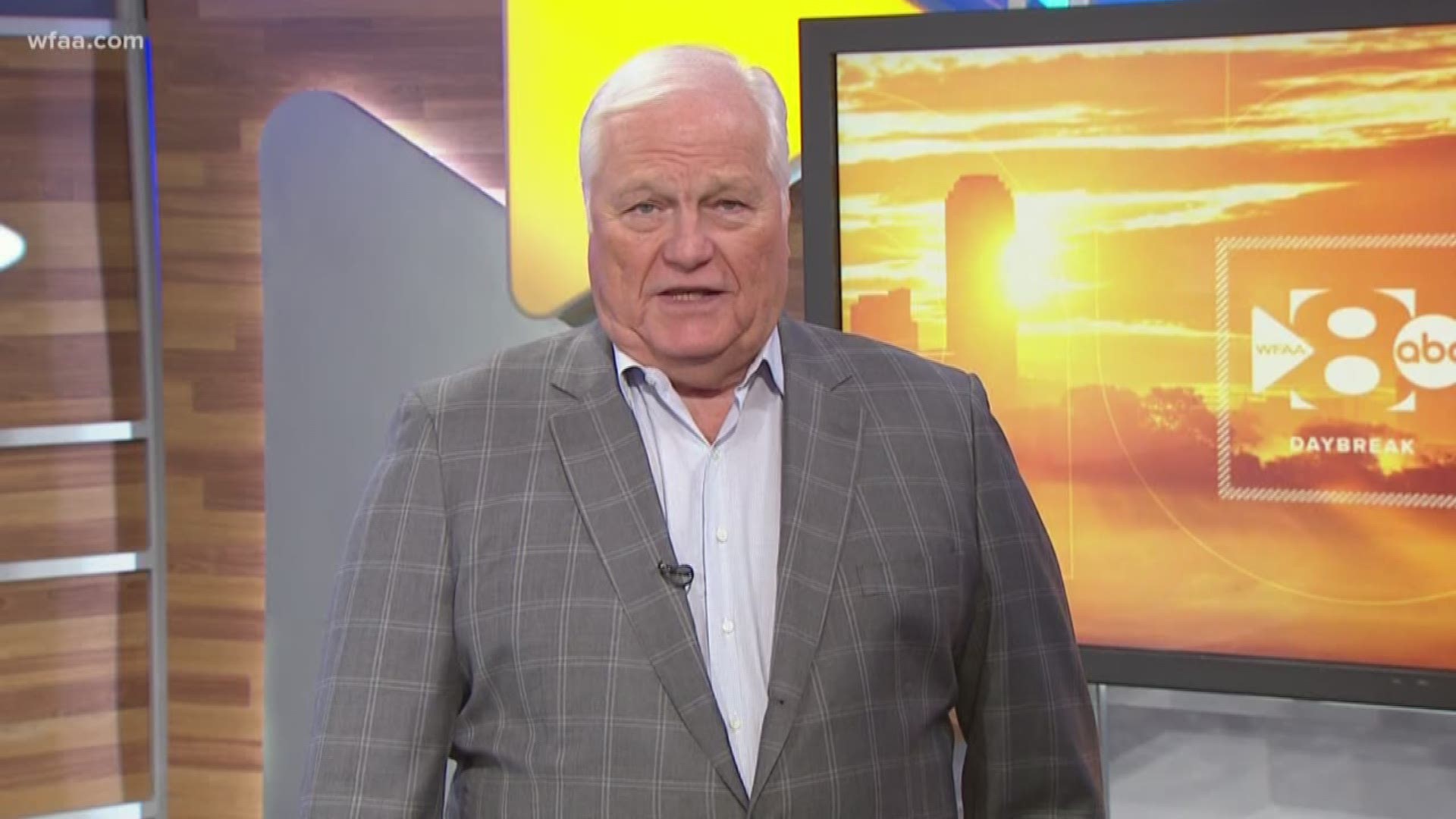 DALLAS — There is a reason the Dallas Cowboys selected Taco Charlton in the first round of the 2017 NFL draft, and the defensive end proved it Saturday night in the club's 34-0 blowout of the Houston Texans at AT&T Stadium.

On the Texans' third play on offense, Charlton sliced through the offensive line and blindsided quarterback Deshaun Watson, earning his second sack of the preseason. After the ball was loose, Charlton dove for the possession.

"I forced it, so I wanted it," Charlton told reporters. "I saw a couple people miss it, so I wasn’t going to miss my opportunity."

The former Michigan Wolverine set up shop for the Cowboys' offense at Houston's 24-yard line. Six plays later, Dallas quarterback Dak Prescott cashed in on the takeaway with a 12-yard pass to receiver Michael Gallup.

Splash plays like Charlton made against the Texans don't surprise linebacker Jaylon Smith.

"Taco is a baller," Smith said. "People forget we drafted him in the first round, but there was a reason. Our staff does a great job at drafting players because they have a great eye. I believe in Taco so much and for him to come out here and succeed is no surprise to me."

Smith played college ball at Notre Dame in South Bend, Ind., just a little over two and a half hours drive time from Ann Arbor, Mich., the home of the University of Michigan.

"I’m very fond of him and happy that he’s doing his thing," Smith said.

"I haven’t done anything," Charlton said. "I still have a lot of work to do and a lot of stuff to prove."

What could complicate Charlton's ability to prove more to himself and the rest of the NFL is an ankle injury that forced him to limp after the game. The Cowboys will run tests on Charlton's ankle to determine the extent of the aggravation and whether or not it is prudent to play him the preseason finale Aug. 29 at AT&T Stadium.

However, Charlton yearns for the chance to keep playing and improving his craft.

The Cowboys love Charlton growing into an effective part of their defensive line. Pro Bowl defensive end DeMarcus Lawrence did not play as he continues to recover from labrum surgery, defensive end Robert Quinn recovers from a broken hand and will serve a two-game suspension for violation of the NFL's performance-enhancing drug policy, and the club doesn't know when or if they will get defensive end Randy Gregory off suspension.

Having Charlton become a disruptive presence in the trenches would help bolster a Dallas defense that is arguably the strength of the team.

Assuming he stays healthy, do you see Taco Charlton putting together a good season for the Cowboys at a thin DE position? Share your thoughts on Taco's chances with Mark on Twitter @therealmarklane.