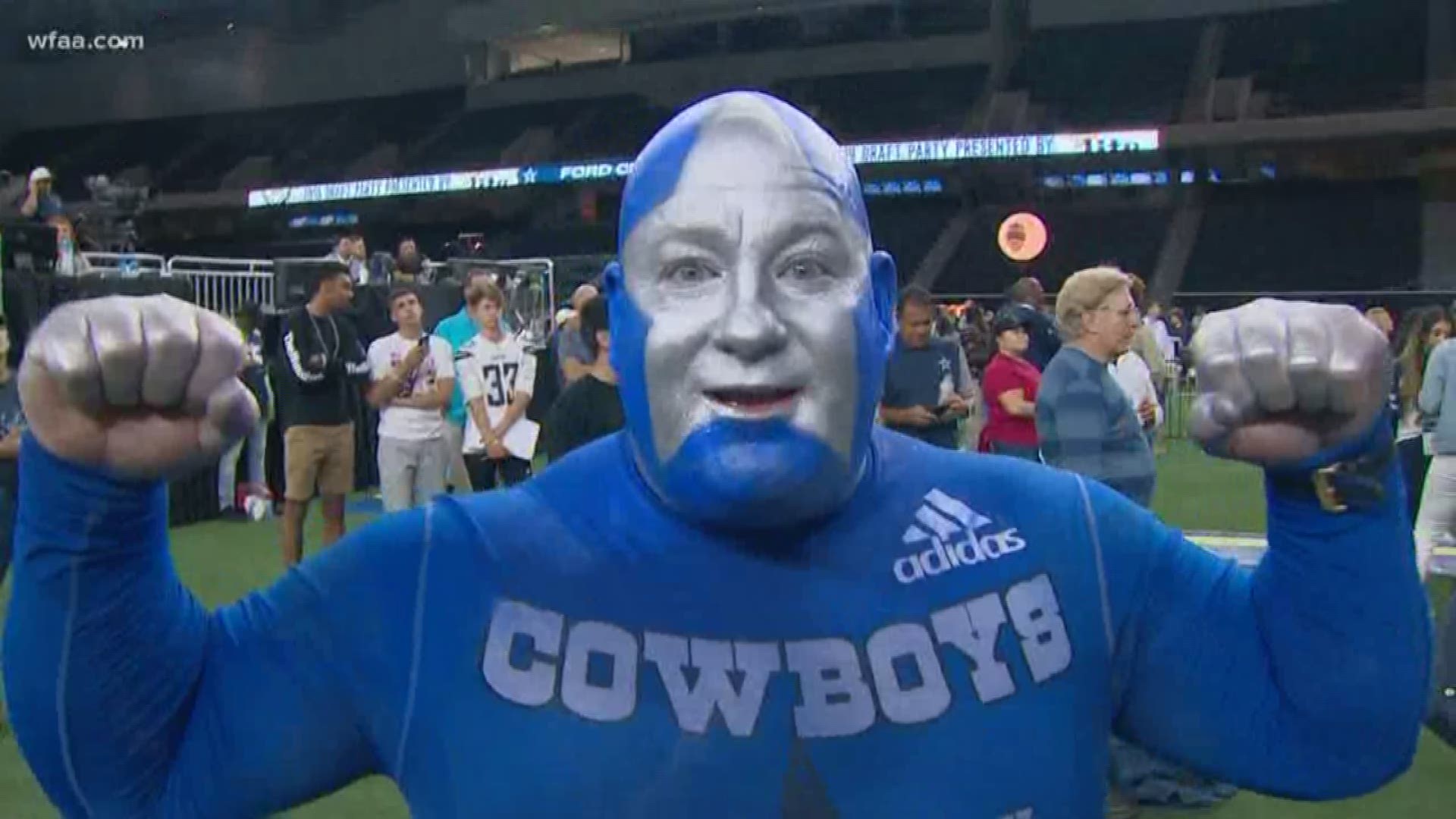 DALLAS — While the NFL draft may last for seven, to the Dallas Cowboys, there is an eighth round, and that begins immediately after the final draft pick each year.

The Cowboys have had success in the "eighth round" for a number of years. While not every undrafted free agent is going to be a Tony Romo or a Miles Austin, there are players such as right tackle La'el Collins and tight end Blake Jarwin that are the answer to a position for the long-term or for just the season. Either way, Dallas has shown a proficiency to land key contributors during the undrafted free agency period.

"Well, I think we take it very seriously," coach Jason Garrett told reporters Saturday during rookie minicamp. "I don’t know the statistics relative to other teams, but I do know that we’ve had some success with college free agents, and that’s an important part of the whole draft process. In some cases you say let’s make this an eight-round draft or a nine-round draft. Let’s put some money together and go get this guy, go target a particular player. I think that’s an important part of it."

Collins is a perfect example of the organization throwing their entire resources behind an effort to sign a priority free agent. After the former LSU Tiger fell through the 2015 NFL draft despite having first-round talent, the Joneses, the offensive line leaders, tight end Jason Witten, and Romo, the franchise quarterback at the time, met with Collins to entice him to come to Dallas.

Jarwin is an example of a player who fell through the draft and just needed a shot in 2017. The former Oklahoma State Cowboy hung around as an undrafted free agent, worked his way on the practice squad, and was part of the hasty successor solution for Witten when he retired during the 2018 NFL draft.

Garrett says there is a "common vision" that allows the coaching staff and scouting department to come together to find priority free agents that can contribute.

Said Garrett: "I just think our scouts do a really good job understanding what we’re looking for. Again, it goes back to everyone having a common vision for what the team should be all about. We preach that, really on a daily basis. These are the kind of guys we want on our team because this is the kind of team we want to have. That applies to what you do in the first round and certainly throughout the draft and free agency.”

Another element that helps undrafted free agents is the fact there aren't the same restrictions for rookies as there are for veterans as it pertains to working with a position coach after practice. If a rookie wants to get better at his craft, and the gains are immediate, that also bodes well in his bid to be a part of the team's plans.

"There actually aren’t any restrictions on the timetable for rookies," Garrett explained. "It’s very different than a veteran player. I don’t want to say any. You can have a 10-hour day with a rookie. That’s never really been an issue. So what we’ll do with our rookies is get them integrated with our veteran players, both in meetings and on the field but also on Wednesday they’ll do something. On Monday afternoon, they’ll do something.

"They’re a little bit on their own schedule, working their way in with the vets, but also a lot of other time here in the building, really just trying to catch up with the rest of the guys."

If there are any examples the Cowboys have shown over the years, it's that an undrafted free agent can catch up with the veterans and make an impact on the team, either now or later.

Do you think the Cowboys will find another impact player from their undrafted free agent class? Share your thoughts with Mark on Twitter @therealmarklane.