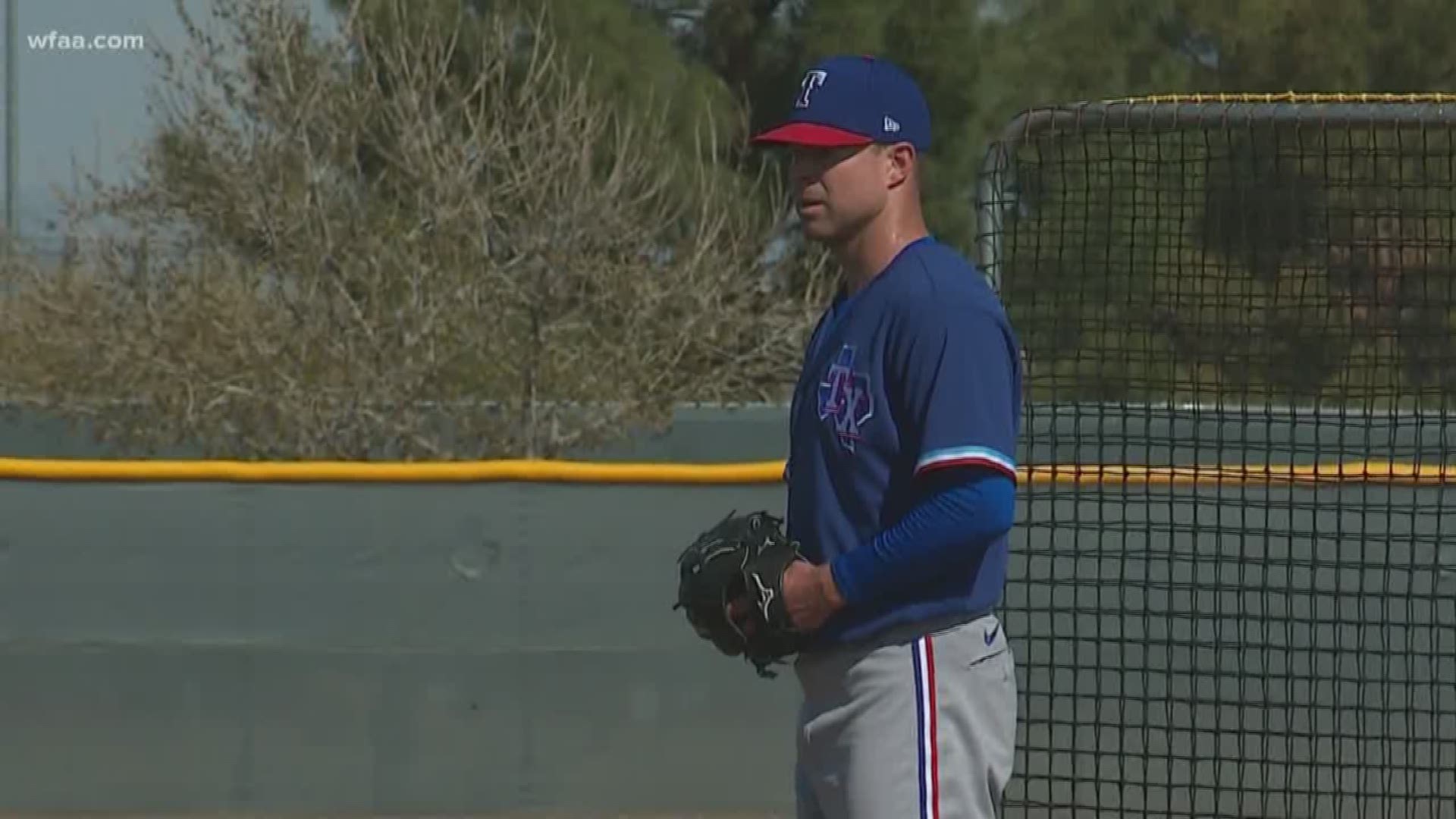 SURPRISE, Ariz. — It's the kind of addition that makes you stop in your tracks. Whatever you're doing, wherever you are, you stop. And smile.

"I just handed the phone to my wife, and just kinda gave her a little smirk, and she looked at me like 'is that for real?'"

The Rangers had traded for ace pitcher Corey Kluber.  And general manager Jon Daniels had texted the second-year manager the good news.

"And I said, 'yeah, I think [it's really happening],'" Woodward said, describing the moment with his wife. "So we obviously opened up a nice bottle of wine, and felt good about it!"

"We were in a meeting yesterday, and I was looking around the room and I saw Kluber, and I did a double take," the Rangers all-star outfielder said. "Like, I forgot we had him.  And I was like 'damn, I forgot we have Kluber.'"

The two-time Cy Young is now at the top of the Rangers rotation.

"Like it's so cool to see a guy like that, a guy who is such a presence on the mound, who can go up against anybody in the game," Gallo said. "To have him on your team, on your side, it definitely gives us an advantage for sure."

Kluber played his high school ball at Coppell.  This trade now provides a chance to return to North Texas.

"I went to countless Rangers games growing up," Kluber said, "so it'll be fun for me to have a chance to play everyday where I grew up watching big league games."

Kluber broke his arm last year, and pitched in just seven games.  So this year is a chance to bounce back.

"To get a guy like Kluber, who clearly could just be coming in and going 'eh, I'm just gonna pitch a few more years, you know, I'm good. I'm an elite pitcher'.  I've been around plenty of guys like that," Woodward said. "No, this guy is like, laser-focused. He's got a pretty heavy chip on his shoulder to prove [wrong] the one person who says he's not gonna be an elite pitcher still."

Kluber is a man of few words. But that's because he wants to be just one thing.

"Dependable. And reliable," Kluber said. "Someone that they can count on to go out there every fifth day and give the team a chance to win."