Globe Life Field will house a state-of-the-art artificial playing surface – a decision the Rangers say was based on years of research. 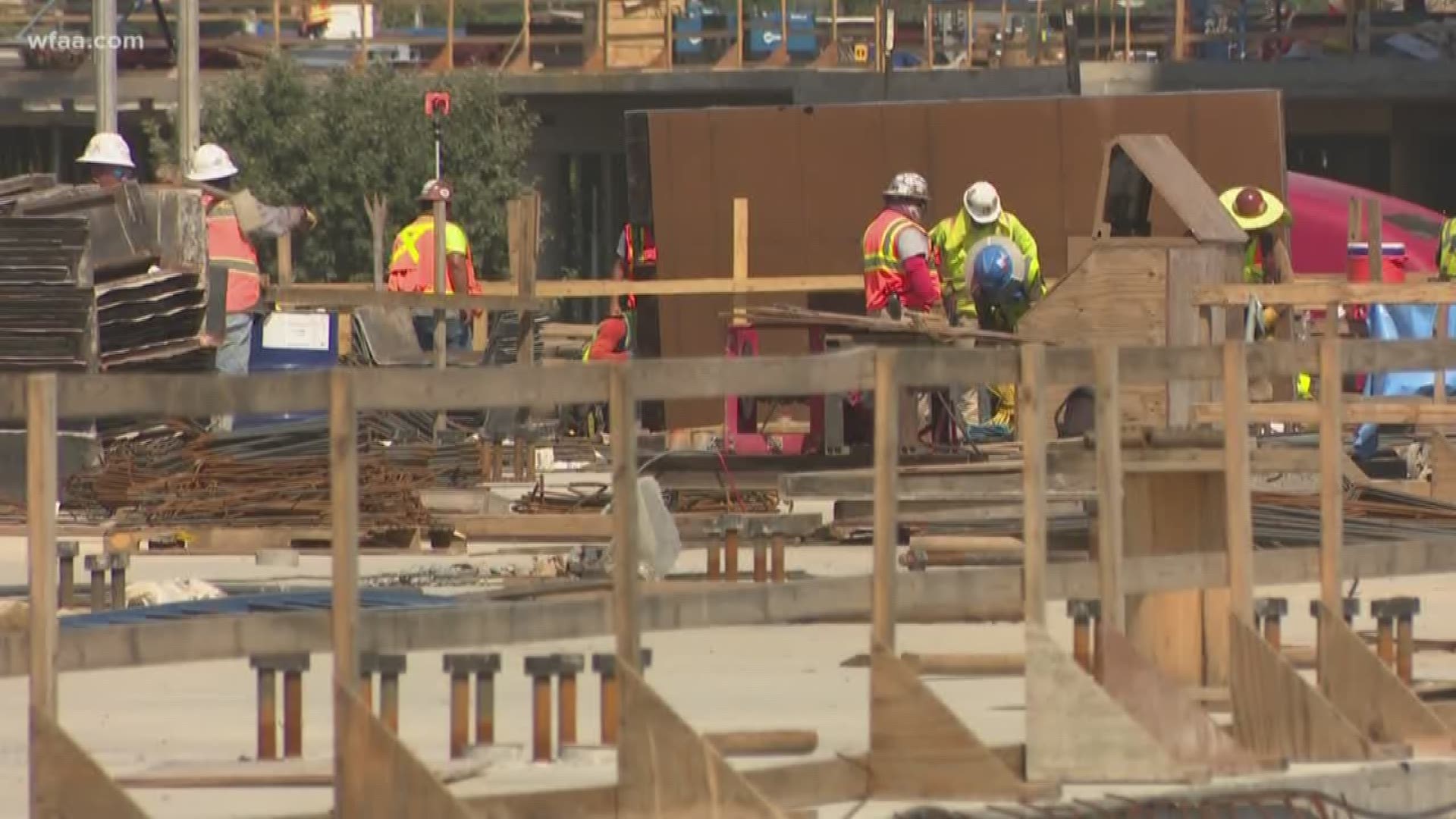 ARLINGTON, Texas — The Texas Rangers will play on artificial turf when they move across the street to their billion-dollar, retractable-roof stadium in 2020.

An official announcement was made Thursday that, after a two-year study on “player safety, team performance and fan experience,” Globe Life Field will house a synthetic grass field – the first MLB stadium in decades to open with an artificial field.

Georgia-based Shaw Sports Turf will provide the playing surface, which will use what the company calls “B1K” technology – a synthetic grass with an infill consisting of coconut husks and fibers, rather than the traditional rubber pellets found in other artificial turf fields.

The Rangers and Shaw Sports promise the state-of-the-art material will provide ball bounce and player interaction that in on-par with or better than natural grass, and less “splashing” of the infill than its artificial counterparts. B1K – which stands for “batting a thousand” – will also require less water and is more sustainable than natural grass, according to a press release.

RELATED: How the new Rangers stadium will feature natural light, even with the roof closed

“We are confident that the product we deliver will be an exceptionally consistent, top-of-the-line playing surface that will mimic the best natural playing surfaces in Major League Baseball today,” Shaw Sports VP Chuck McClurg said in a release.

He added that the Rangers didn’t take the decision lightly. The club says it was a decision “rooted in data.”

“From our first visit with the staff at Shaw Sports Turf, we were clear that a synthetic grass surface for Globe Life Field would only be a consideration if it could deliver the best surface in Major League Baseball and address the concerns we had related to impact on the players,” Rangers Executive Vice President Rob Matwick said. “Months of detailed research that included extensive input from our Baseball Operations group from both a health and performance aspect have resulted in this decision.”

RELATED: Dust off your 'He Hate Me' jersey: Globe Life Park will become an XFL home stadium

Shaw Sports is also installing B1K at Chase Field, the home of the Arizona Diamondbacks, in time for 2019 Opening Day, according to the company’s website.