Rangers survive schedule, come out other side still in contention

It was a stretch of 21 games in 20 days that was supposed to break the surprising Rangers. Instead, Texas went 12-9 and are still in the thick of things. 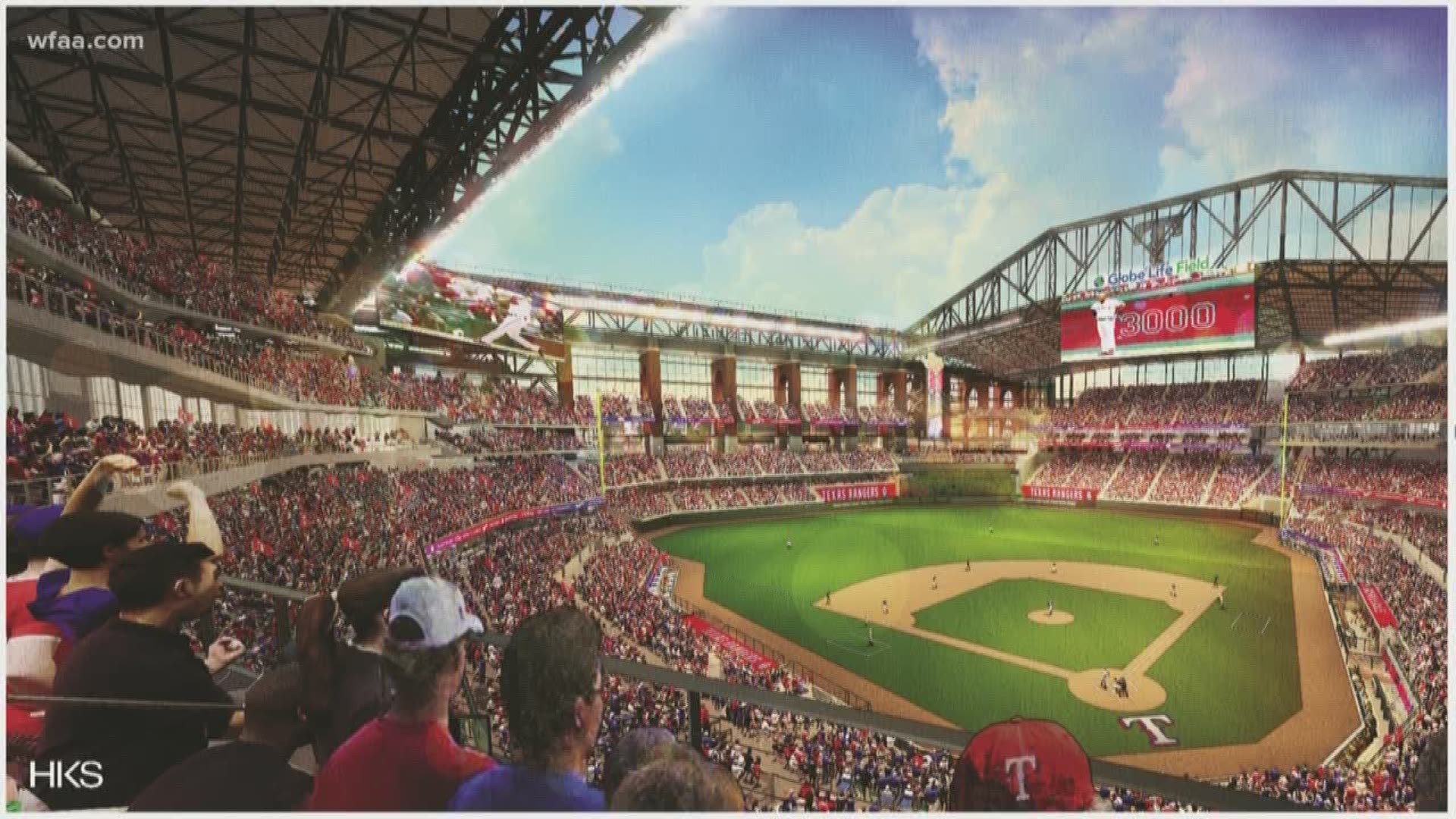 DALLAS — Three weeks. Three long weeks the Rangers played every day. Every day they gave it their all for nine or more innings for TWENTY-ONE games. Yes, whereas normally teams would play 20 games in 20 days at an absolute max per the collective bargaining agreement, the Rangers had the misfortune of also playing a doubleheader to make-up a rain-postponed game from April in the middle of a summer in central Texas where rest always seemed days away.

During this 20-day stretch, Texas encountered several setbacks – losing Isiah Kiner-Falefa was bad for a team that needs all the depth and ability it can get but seeing All-Star candidates Hunter Pence and Joey Gallo fall to injury seemed like it would be catastrophic.

They were forced to move another starter to the bullpen in Drew Smyly after the rigors of starting piled up and the Rangers couldn't afford to have short outings anymore. Then that didn’t work, and there was nowhere else to hide Smyly, so they had to designate him for assignment.

But Chris Woodward’s club also saw a lot of brilliance during this high wire act. For the most part, Delino Deshields has been making the best of his time up here with Gallo down. New catcher Tim Federowicz seems to be fitting in just fine and has even provided a small amount of offense to a position the Rangers have seen none from so far this year.

Now, right at the end, Nomar Mazara has got his timing and his swing back and it has manifested in some long homers. Ariel Jurado and Adrian Sampson have taken tremendous steps forward as they've combined to win 10 games in 17 starts.

To top it off, the Rangers finished this longest stretch of the season with a 12-9 record and still find themselves in the thick of a Wild Card race, just a half game back of the Indians for the second spot.

Over the last two weeks, Texas was actually outscored by their four opponents by one run 72-71. Much of that was due to the two games in the middle of the series where Cleveland scored 20 off of Texas pitching.

Texas continues to make things difficult for teams in the final innings, however. Case in point, when the bullpen needed a little more insurance, the Rangers were able to supply runs in the bottom of the eighth in several games during this stretch.

Texas is showing their versatility by using both the long ball and some savvy small ball to get runs across. Overall, Texas is tied for second in MLB in runs scored with 435, just five runs behind league leader Minnesota.

More importantly, they have been able to continue scoring runs without AL MVP candidate Joey Gallo. Gallo, who strained his oblique taking a swing against Kansas City, was absent from this entire 21-games stretch. Hunter Pence was absent for this homestand, having strained his groin in Cincinnati.

While the Rangers’ depth is nowhere near as vast as Houston’s or the Yankees’, the bench that they built, featuring Danny Santana available as outfield depth, along with the re-emergence of Delino Deshields following a couple of demotions, has kept Texas more than just floating and treading water.

Additionally, Texas doesn’t get through this stretch with a winning record without Nomar Mazara coming around after a cold couple of months for the Big Chill. He practically re-energized and carried the team through the last series against Chicago, starting with a 505-foot rocket in the opener (which they lost!). He followed that with two homers in the second game and two doubles in the finale. Assuming it takes Gallo a few games to get back into the swing of things, if Mazara is locked in, he’ll help replace some of that power the Rangers had been missing in the middle of the batting order.

And it’s absolutely nuts to think, but where would this team be without Santana? Bouncing all over the field, Santana has become one of the most valuable assets on offense. He was right in the middle of the action in the Boston opener, driving in the first run and scoring the tying and both go ahead runs in the victory.

As of Monday, Santana is riding an eight-game hitting streak and showcasing some pop that still surprises. He’s hit in every spot in the order except 3rd, proving to be as versatile offensively as he is defensively.

The Rangers’ offense continues to be its best weapon, never really going through extended droughts of not scoring. In fact, the last time that Texas was held scoreless was on May 10th in Houston.

Adrian Sampson had a scary couple of games during this run, giving up six earned runs in Boston over five innings and three earned runs over three innings against Cleveland. These came after five consecutive wins that had cemented his spot in the rotation.

Sampson was able to rebound against Chicago with seven innings of one-run pitching, with an outing that both he and the Rangers needed. Chris Woodward had wanted to get some of his key relievers some extra rest with the off day on Monday and was able to stay away from Chris Martin and Jose Leclerc. Closer Shawn Kelley was only pressed into service for a four-out save with the middle of the 'pen faltering after an exhausting few weeks.

Ariel Jurado has also had a couple of suspect starts. After a seven-run drubbing over three innings against Cincinnati, Jurado was able to give Texas six innings, giving up just four runs against Chicago. Not quite the rebound performance that Sampson had, but effective nonetheless, and with the state the Rangers’ rotation has been in at various points this season, they’ll take it.

The Rangers’ rotation is the way it is because of the final realization that Drew Smyly wasn’t going to be effective in the Texas system, following the failed experiment of Shelby Miller in the rotation.

Smyly had some struggles adapting to some of the new pitch sequences and going against pitch predictability. After one decent three-inning save in Cincinnati, Smyly once again had a terrible outing, giving up five runs over three innings against Cleveland, forcing the Rangers’ hand. With Texas needing fresh arms, he was designated for assignment after the game.

Smyly finished his tenure in Texas with a 1-5 record and an 8.42 ERA. The Rangers gambled on talented pitchers coming back from injuries. This one just didn't pay off.

For now, Texas is going to ride with a rotation of All-Star caliber Mike Minor, Lance Lynn – who saw his streak of eight quality starts end against Chicago, but still picked up the win, Sampson, Jurado and Jesse Chavez.

Yes, Jesse Chavez, who had been one of Texas’ high-end relievers, is being given a chance to start Tuesday against Detroit as a traditional starter and not just as an opener. Chavez has started before, but his effectiveness out of the bullpen, as well as being stretched out to five innings in a relief outing against Cleveland, has prompted Woodward to try him in the rotation after Texas was compelled to rush top prospect Joe Palumbo into action.

Texas played relatively clean baseball over the last 14 games, committing seven errors. But one of the more glaring miscues was in Sunday’s finale, as Delino Deshields literally had a line drive right at him pop out of his glove, resulting in two runs scoring and turned what looked like an easy series-clinching victory into a nail-biter.

Deshields finished 2018 strong as a defender, and the hope was that this would carry over to 2019. Combined with his offensive liability, Deshields hasn’t been nearly as effective in the outfield as hoped. Deshields has performed better in his return from Nashville but he is likely best reserved as a fourth, maybe fifth outfielder, and the return of Joey Gallo is likely to push him to such a role.

Also of note, Tim Federowicz, for being brought on as the replacement backup to Jeff Mathis, has started 8 of the 10 games that have been played since he was acquired from the Indians. Woodward seems to be interested in seeing how much of a workload Federowicz can handle, which is going to make the decision when Isiah Kiner-Falefa returns fairly interesting.

I’m of the belief that it’s entirely possible that Federowicz replaces Mathis when that time comes, but the Rangers need to decide whether they would rather have a slight offensive upgrade or a better defense – Mathis hasn’t appeared to be the greatest behind the plate as far as stats that can be measured, but his catcher ERA is nearly a full run lower than Federowicz’ is, 10 games into this.

The Mets, who have lost 8 of their last 12 and find themselves slipping further and further back in the standings in the NL East, have been scrambling and sparring.

It started with the firing of pitching coach Dave Eiland. Then, after Sunday’s loss to the Cubs, in a series they actually won, manager Mickey Callaway had a dust-up with the beat writer from Newsday. Displaying a fairly short temper, Callaway told clubhouse staff to get the reporter out and called him several unsavory names before he and pitcher Jason Vargas were separated from him.

Following the very public incident, the team put out an official statement that certainly did not endorse the skipper. Those that speculated that Callaway’s job was at risk just based off of the team’s on-field performance seem even more assured now that there will be a vacancy in Queens.

Do you think the Rangers should consider being buyers before next month's trade deadline or do you think they should stay the course and just see what happens? Share your thoughts with Matt on Twitter @FisherWritesMLB.