Last stand for the 2019 Rangers and Globe Life Park 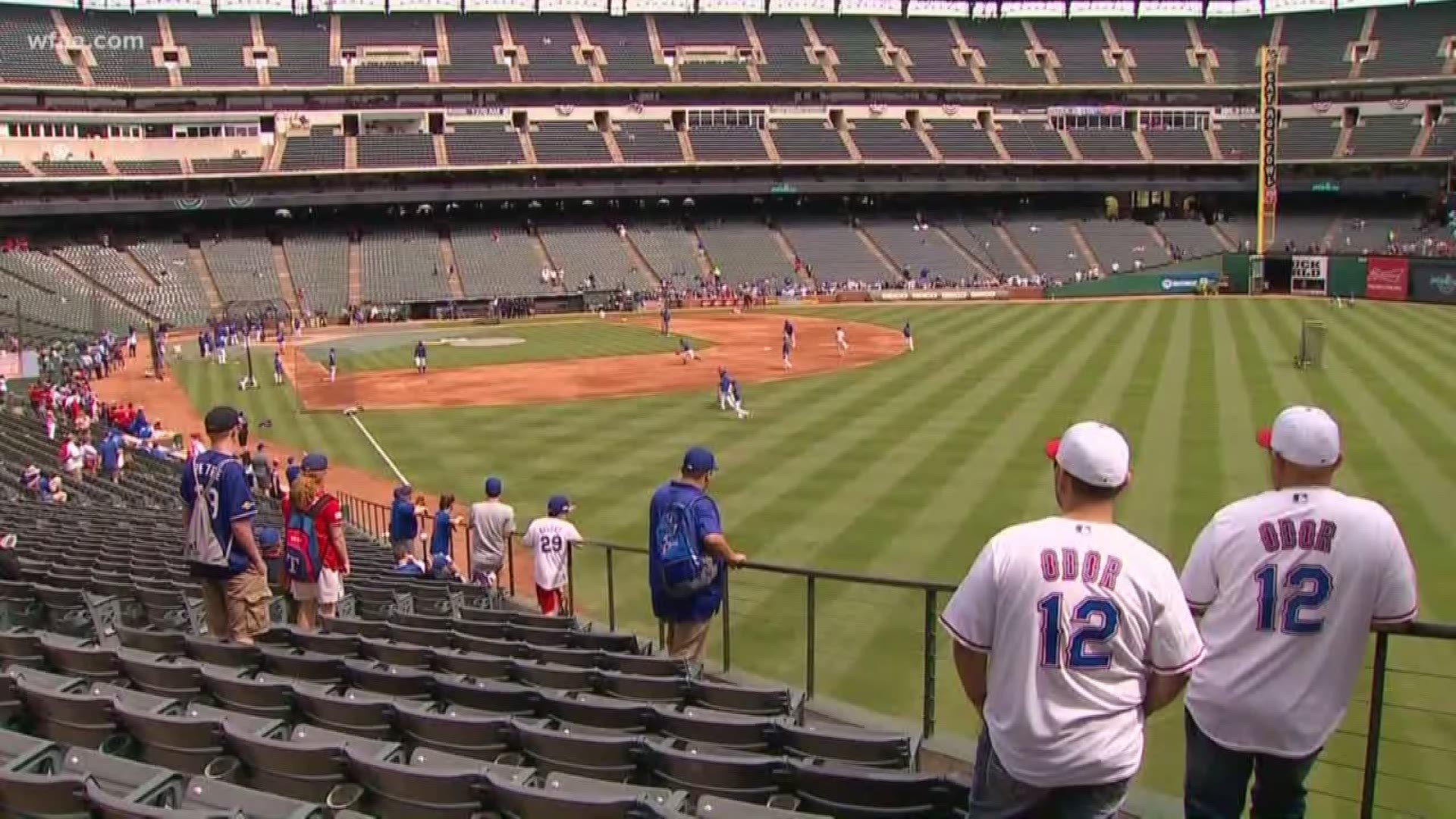 DALLAS — This is it. In some ways, it feels like the finale homestand has come too soon. In others, the march to a conclusion feels like it should have happened weeks ago. It’s not just the end of the 2019 season, which, post All-Star Break, probably could have just been a foregone conclusion. But with 162 games in the books after Sunday, we'll also mark the end of Globe Life Park in Arlington, or Ameriquest Field, or probably forever in the hearts of many: The Ballpark in Arlington.

Once a season gets going, it just feels like baseball should still be planned on to be a constant in Arlington week after week in perpetuity. A baseball season is so long that it's mostly always there – even if it becomes background noise – so that when it's finally winding down, there's a stark feeling of emptiness.

On this season’s behalf, with an almost series-finale-before-the-reboot kind of feeling, it doesn’t seem quite right that it will end with a whimper and not a bang. There was no title to win or play for. There was no 3,000th hit to celebrate. There was no huge free agent signing to round out their first year and provide hope for the future – no offense to Lance Lynn.

One of last season’s team MVP possibilities in second baseman Rougned Odor saw a precipitous drop in production, to the point of wondering if he had overstayed his welcome. The coming out party of Joey Gallo, who could have been this year’s league MVP, was unceremoniously halted by a confusingly useless bone. Two veteran pitchers in Lynn and Mike Minor look like they could keep going for another few months and pitch this team to better days.

RELATED: Texas Rangers turn their eye to the future in September

The Rangers will host the final homestand of Globe Life Park and the 2019 season this week. What is there to play for? Tuesday's penultimate opener against the Boston Red Sox will be a visit from the fallen champs who are already out of it – victims of not necessarily a hangover, but a youth-like belief that they’d be just fine coming into this season. They’re limping to the finish line, fighting off the impression of dysfunction.

Friday's final series will see, fittingly, a visit from the New York Yankees to close out this year. New York is a team that looks like they’re about to start a new late-90s-esque regime, who’ve already won the American League East pennant. They can’t look too far past Texas, as they and Houston are battling it out for the best record in the league and home field advantage through the playoffs. That's the only thing left that the Rangers can spoil.

The only thing the Rangers can still win is a .500 season as they sit at 75-81. Texas is a loss away from a second straight losing season.

They’ll fight because manager Chris Woodward has said he’ll have it no other way. They’ll fight because the alternative is no way to leave this Ballpark where through the good times, the bad times, and the scorching hot times, they've never relented. Giving in to AL East usurpers is not what the fans who have patronized The Temple for years would want.

They’ll fight because there are still impressions to be made. There are eyes from all over looking at the Nomar Mazaras, Ronald Guzmans, Delino Deshields’, Nick Solaks, Emmanuel Clases and Mike Minors of the team. There are eyes from free agents-to-be looking at how this team responds to its manager and how the team gets through the prospect of a losing season together. They’ll fight because there are still people who are going to say that this isn’t a team to play for in 2020.

What will you be watching for, as the 2019 season draws near its end?

They’ll fight and we’ll watch – because it’s baseball. It’s at The Ballpark in Arlington one final weekend. It’s the end of an era.

What are your all-time personal favorite memories from The Ballpark? Share 'em with Mark on Twitter @FisherWritesMLB.