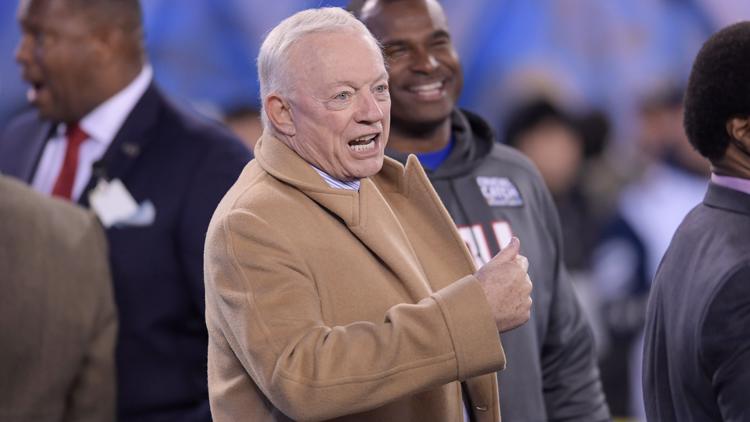 It is no secret Jason Garrett is on the final year of his contract, and the Dallas Cowboys could be looking for their ninth head coach in franchise history if the 2019 season doesn't have a storybook ending.

Owner Jerry Jones got a good look at two prospective candidates in the college ranks on Dec. 7 in the Big 12 Championship game held at AT&T Stadium. Lincoln Riley's Oklahoma Sooners outlasted Matt Rhule's Baylor Bears 30-23 in overtime, but the two coaches showcased their talents of what they could bring to the pro level.

For Riley, his ability to get MVP caliber performances out of his quarterbacks is intriguing as Baker Mayfield and Kyler Murray both won the Heisman Trophy in his first two seasons at Oklahoma. For Rhule, the ability to instill a winning culture and get a rudderless ship back on course, as he did with Baylor leading them out of the sexual assault scandals from 2015, has been compelling to NFL front offices for the past 12 months.

"Those are two outstanding coaches at the stadium this weekend," Jones said on "The K&C Masterpiece" on 105.3 "The Fan" Friday. "That's just that. They've done great jobs. They've positioned their teams. They're sound in the way they're approaching their games. So, that was a great chance to see a couple of great coaches out there."

However, just because Jones was complimentary of Riley and Rhule doesn't mean that they have the inside track on succeeding Garrett, nor does any coach from the college ranks for that matter.

According to Jones, the big adjustment that college coaches have to make when transitioning to the pro level is evaluating the talent. As Sunday is considered the biggest work week for a college coach, they don't have the time to keep up with the NFL.

Said Jones: "In many cases they're not familiar with the personnel. Now, that's a big deal because there are coaches that understand almost the practice habit of opposing teams. And then it's particularly understanding of any input that you want from them regarding personnel. So, you pay a price for somebody to get up to date that haven't spent the prior months or years in the NFL."

The Cowboys paid the price in 1989 when they hired Jimmy Johnson straight from the University of Miami. Dallas went 1-15 on the season, their worst finish since their 0-11-1 record from 1960, their inaugural year.

However, the gains from paying such a price were abundant as the Cowboys won consecutive Super Bowls at the end of the 1992 and 1993 seasons. Johnson's foundation laid in Dallas also setup his successor, Barry Switzer, who had been out of football since his last coaching gig at Oklahoma in 1988, for a Super Bowl caliber roster.

Jones could also be bluffing so as to keep the organization's intentions close to the vest. Nonetheless, whether from the college ranks or from the pros, the next Cowboys head coach will have to shoulder the burden of leading the team to their first conference championship game since 1995.

Do you think the Cowboys would be better served with a coach in the professional ranks or should they keep their options open with college coaches? Share your thoughts with Mark on Twitter @therealmarklane.