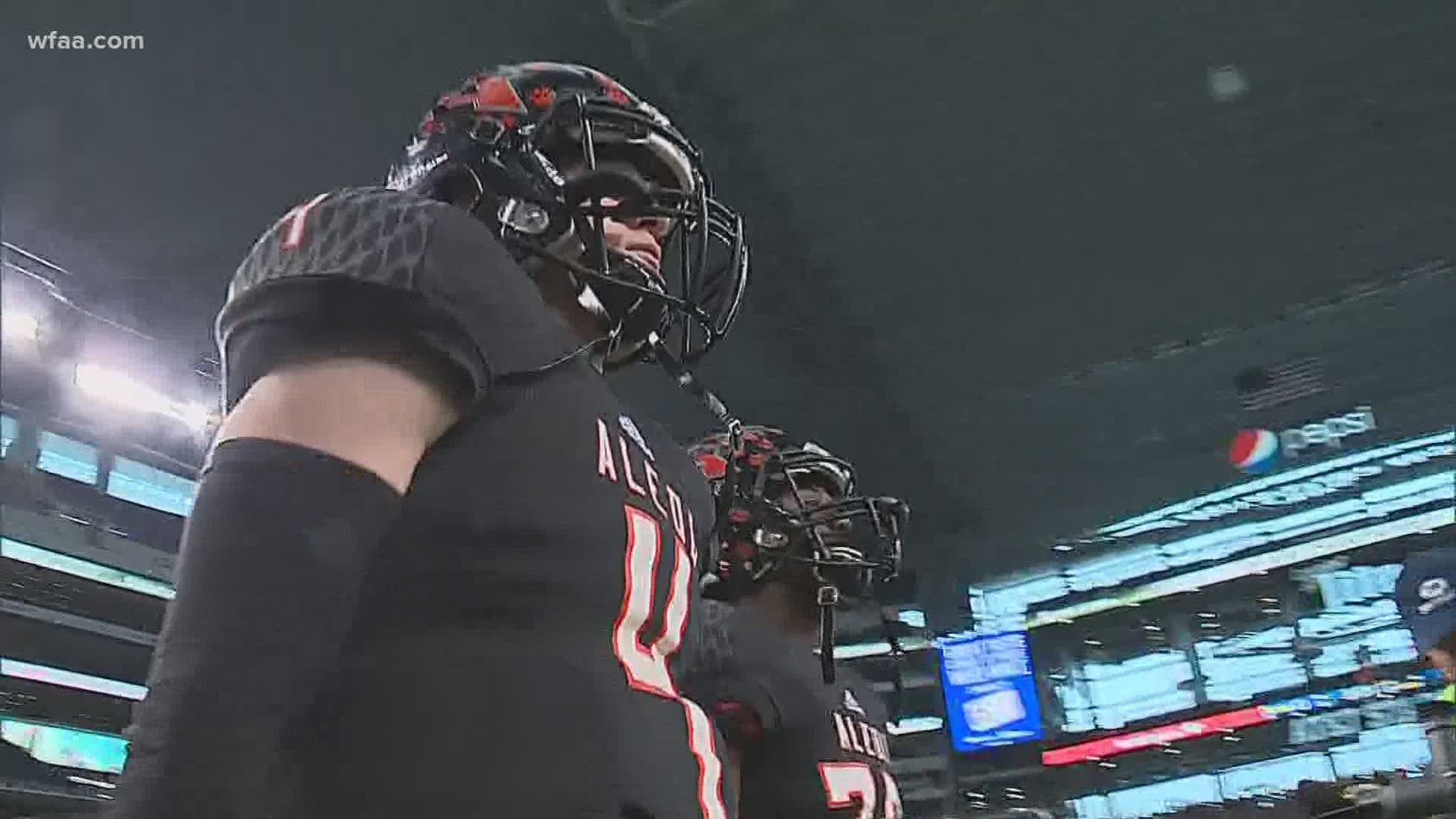 ALEDO, Texas — The pandemic has made this year’s UIL football season the strangest and longest on record.

"The second I walk on the practice field everything becomes normal. The second we get into the game atmosphere, everything’s normal,” says  Aledo head coach Tim Buchanan. "It’s everything outside of that has been just crazy with the pandemic and the illness and things going on."

But through it all, including a COVID outbreak in November at Aledo that threatened to shutdown the season, the Bearcats have found a way.

In the last decade, it’s what they seemingly always do. Aledo’s made nine appearances in the state title game in the last 11 seasons, claiming eight victories.

This program has reached dynasty level and the Bearcats say playing for it all never gets old.

"It’s still as exciting as going your first time,” said receiver Jo Jo Earle. “You still get that same excitement so we’re all pumped up and fired up to get on the field."

A pair of remarkable milestone on the line for Aledo at AT&T stadium. They have a chance to become the first UIL team to claim a pair of three-peats.

They won it all in 2009, 2010, and 2011.  And they enter this year’s championship game as the 2-time defending champions. And then there’s the big one. With one more win Aledo will become the first football team in UIL history to claim 10 state championships.

Buchanan piloted Aledo to the school’s first six football state titles before taking a break and returning to lead them to another championship last season.

"You got to finish it out. You can’t just go this far and leave it there so close,” said Earle.

Their season nearly ended in the regional final against Lovejoy. Aledo trailed by 10 points late in the third quarter, but a furious fourth quarter rally has them on the verge of Texas high school football history.

And don’t be surprised if the Bearcats get that familiar feeling again.