Time, money and health: The cost of putting kids in sports

Youth sports can be great for kids, but they come at a cost. 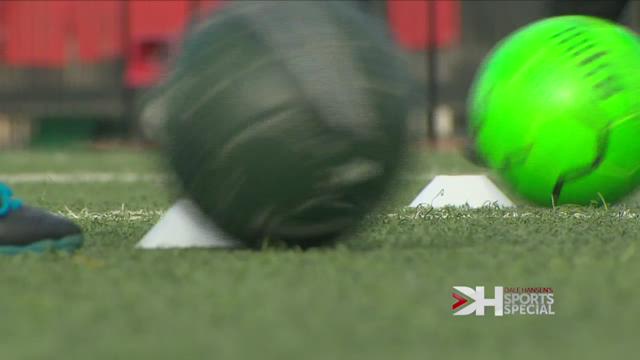 Your child is ready to play sports, but how do you decide which one?

Parents, listen to your children -- otherwise, they might become part of a staggering statistic. Seventy percent of kids will quit playing sports before they turn 13, simply because they’re not having fun.

This is why most coaches, trainers and parents agree that if you want your son or daughter to stick with it, they get the first decision.

“You give them the opportunity to do what they want to do,” said Mike Haddock, whose son plays baseball.

“If my child says I want to try something I’m going to let him try it,” said Logan Stout, the owner of the Dallas Patriots select baseball club.

Which sports are the most expensive?

The final decision comes down to the parents. Youth sports can be a serious investment -- for health, time and money.

The Utah State Families in Sports Lab found that, among popular youth sports, basketball and soccer are the least expensive, costing families just over $1,000 per year.

The most expensive, on the other hand, are hockey and lacrosse, with families spending more than $7,000 each year.

That kind of money can keep kids from trying new sports, but coaches say it shouldn’t have to.

“There are ways to get kids involved even if money is tight,” said Champion Cheer President Jennifer Graham.

Most teams have fundraisers or scholarships to help offset high costs. So, if your child’s heart is with a particular sport, always know you can ask for help.

Which sports are the safest?

While money is a big issue, even more costly can be injuries. More than 1.3 million kids went to the emergency room last year because of sports injuries, according to a study by Safe Kids Worldwide, citing information from the U.S. Consumer Product Safety Commission’s National Electronic Injury Surveillance System.

The safest sports are field hockey, tennis, hockey and lacrosse, which averages the lowest total injuries per year.

It probably comes as no surprise that football topped the list with nearly 400,000 visits to the ER.

What may come as a surprise, though, is that the sport with the highest rate of concussions isn’t football. That would be hockey. Even though hockey players suffer far less injuries than almost every other sport, when they do get injured, it’s serious: A whopping 41 percent of hockey injuries are concussions.

Football isn’t even second on the list for concussion rate. Lacrosse takes the No. 2 spot with nearly 16 percent of injuries being concussions.

“Each family has to do what they think they need to do for what’s in the best interest of the child,” Stout said.

“Is there a line? Yes, the line is there,” Haddock said. “It becomes how intense and how much danger is associated with that activity?”

Injuries aren’t a black-and-white issue, either. It’s up to you as parents to decide the risks you’re willing to take and make sure children are safe, no matter what sport they play.

But most of these coaches agree: The rewards are worth those risks.

“At some point you have to fuel faith or fuel fear,” Stout said. “And I don’t believe living in a fear mentality is smart.”

“Sports are awesome,” Graham said. [They teach] so much leadership, so much character.”

So, whether it’s time, money or health that you value most -- well, that’s up to you to decide. But before you do, make sure you heed the advice from the most important voice: Your child.