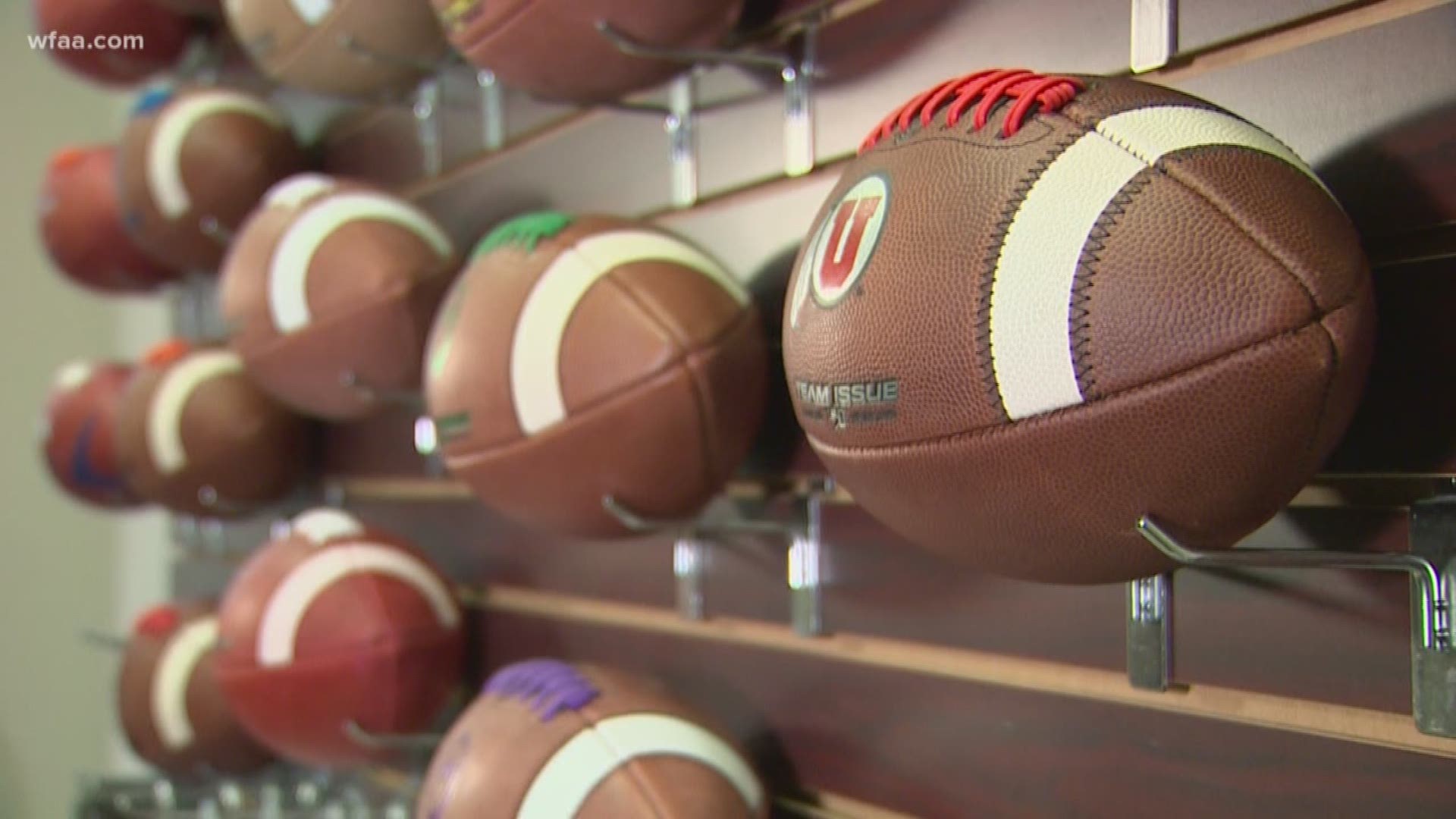 DALLAS — It's time. Time to put the search for football perfection to the test. The high school and college football seasons begin in earnest this week. But you can't have the game without the ball.

That's where Big Game Football comes in. Tucked away in North Dallas, Big Game, like many schools in our state, is a premier football factory.

Touring their production facility proving more interesting that one might think. It all starts with cowhide, not pigskin. Scanning tools and computers are used to help decide exactly how and where to cut the leather.

"We're going to scan and evaluate which portions of the hide are not acceptable for a football," says Big Game Football operations manager Mike Boniol, "and also get the maximum number of panels out of this particular cowhide."

They precisely blend new-school technology with old-school machines, like sewing machines from the 1940's, threading the needle so to speak, so quarterbacks can do the same.

"I mean the game on the field is about inches and it's really true for us too," says Big Game CEO Chris Calandro. "We are experts at the American football. We eat sleep and breathe it."

Even when he can't sleep founder and CEO Chris Calandro is obsessed with creating his company's own type of football perfection.

One sleepless night he came up with the periodic table of college football, matching elemental symbols with their gridiron counterparts. Who does that? Someone with a never-ending pursuit of making the best football on the planet.

Big game produces about 100,000 footballs a year. National championship teams, Heisman winners, and Cowboys QB Dak Prescott when he was in college have all used footballs made right here.

"I just love the game of football and this is my way to get closer to the game," said Calandro.

Their team issue brand used by some 2-thousand high schools.The customization - off the charts: logos, ball color, textures, all the way to the laces.

"We just make footballs here and that's all of our energy and time," says Calandro. "And everything we talk about everything we do is about making the American football as good as it can be."

And it's working. The company is looking to expand and further spread the gospel of perfection four cowhide panels at a time.