The day after Cedar Hill played in the state championship, the Salter's dropped Kaidon off at college. Two weeks later, they're still in Knoxville.

CEDAR HILL, Texas — As darkness envelops the Texas sky, an orange glow radiates from the west.

As twilight gives way to nightfall, the chill of January pierces and cuts. The cold, sometimes, too much to bear.

Mistee Salter longs for the warmth.

The heat of a blanket during a fall breeze.

The comfort of a hug from her husband or kids.

But on this Friday night, Mistee is alone.

Cell phone in one hand. Her faith in the other.

Both clutched with hope, and fear, in the emptiness of a hotel room in Knoxville, Ten.

"What I'm going through currently is unimaginable," she expressed, as if to remind herself it's real.

Friday's are normally Mistee's favorite night of the week.

During football season, the Salter family huddles up in the bleachers to cheer on Cedar Hill high school.

A family of seven -- that's often too hard to corral -- almost always reunites under the stadium lights.

"We try to do some movie nights or whatever, but our main bonding time is getting to the football games with Kaidon and Kylan," Mistee reminisced.

Kaidon and Kylan Salter are brothers and former teammates on the Cedar Hill football team. Kylon is a sophomore and a linebacker for the Longhorns.

Kaidon was a senior and the star quarterback.

(We have to use past tense because he graduated early this year, in order to early-enroll at college for spring football.)

"I would like to say he's a mama's boy, but then again, I think that would mess up his cool points," laughed Mistee. "He's still that wholesome humble kid."

Kaidon Salter was not just one of the top recruits in Texas -- he was one of the most coveted quarterbacks in the country.

"Make it to the league, that's my end goal," Kaidon nodded. "Make everybody and my family proud."

Football runs in the family.

"Ken and I went to junior high together," Mistee blushed. "We've been married for 16 years, as of this past November. And we've been together since 1996."

Kaidon is the middle child and he was front and center this past December when he signed his letter of intent. He'll play college ball for Tennessee.

"To make it this big at the collegiate level, it's nothing but a blessing for me and my family," Kaidon said. "Everything I do is for them. Just to make sure I keep a smile on their faces. Just keep working hard for them."

Now, his family is along for the ride.

The Longhorns lost to the Katy Tigers, 51-14, though Kaidon ran for both Cedar Hill touchdowns.

The next day, the entire Salter family (minus older brother Kenneth) hopped in the car and drove 12+ hours to Knoxville.

"When we came down here, a lot of things didn't go our way," Kaidon noted.

Kaidon officially enrolled that Monday and met with his position coaches, who played a key role in his recruitment to Rocky Top.

However, that was the same Monday when Tennessee fired head football coach Jeremy Pruitt for recruitment violations.

(The Volunteers have since hired a new head coach in Josh Heupel.)

On Tuesday, Kaidon was informed he tested positive for COVID-19 and had to quarantine for the next 10 days.

“I’ve been in Covid-quarantine since I’ve been down here," Kaidon said, from his Knoxville hotel room.

"I'm trying to stay strong for the kids," Mistee said. "Trying to keep it together for them. Put on my ‘It's okay’ face and 'Everything is going to be just fine.'"

Mistee tested negative. However, her husband Ken has been hit the hardest.

"I'm just at a loss for words because I never thought that I would be going through this right now," Mistee admitted.

On Friday night, Ken Salter remains in a Knoxville ICU, where he's been for more than a week.

A realization of the reality she faces.

"It's very scary. I'm scared because my husband is the head of our household. He's my Superman. He's our Superman."

Stuck in her hotel room, Mistee can only see her husband on her cell phone through video chat.

"We're just going to keep praying because prayers work," Mistee asserted. "When prayers go up, blessings come down. And that's what we're hoping for. We're very hopeful he will come out of this." 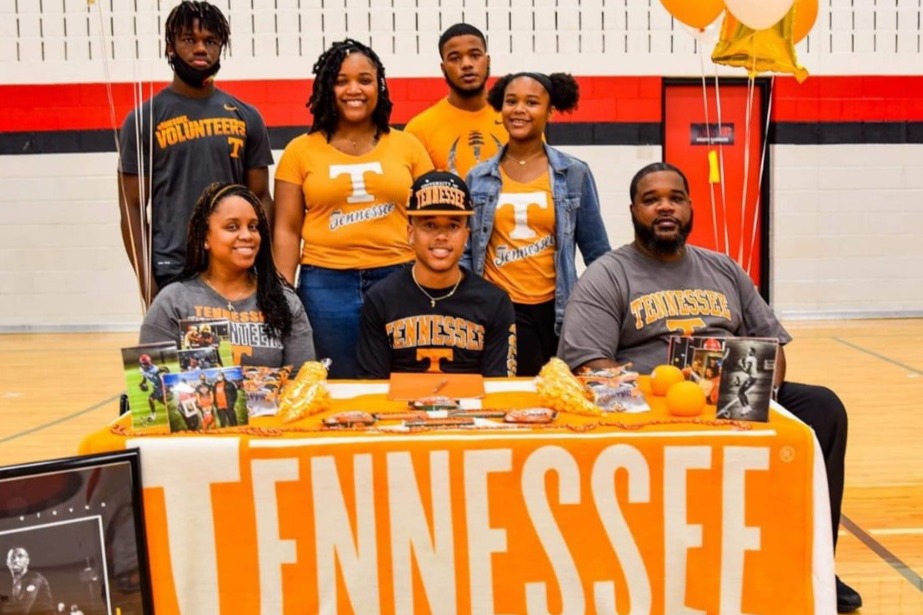 SALTER FAMILY ROAD TO RECOVERY, organized by Mistee Salter
Hello everyone, as some may have heard that Covid-19 has affected one of our own. Kenneth Salter has contracted Covid-19 while dropping his son off to college in Tennessee. Shortly after, he was admitted to ICU while there. It is going on 2 weeks that he has been hospitalized.

To support the family and financial burden, a GoFundMe has been started for the Salter family.

Thanks to the Cedar Hill and Tennessee communities, more than $30,000 have been raised.

"He's a strong man," Kaidon echoed. "I know that he'll get through this.”

As darkness engulfs the Texas sky, an orange glow radiates from the east.