For the first time since 1984, the SMU Mustangs have started the college football season 3-0. 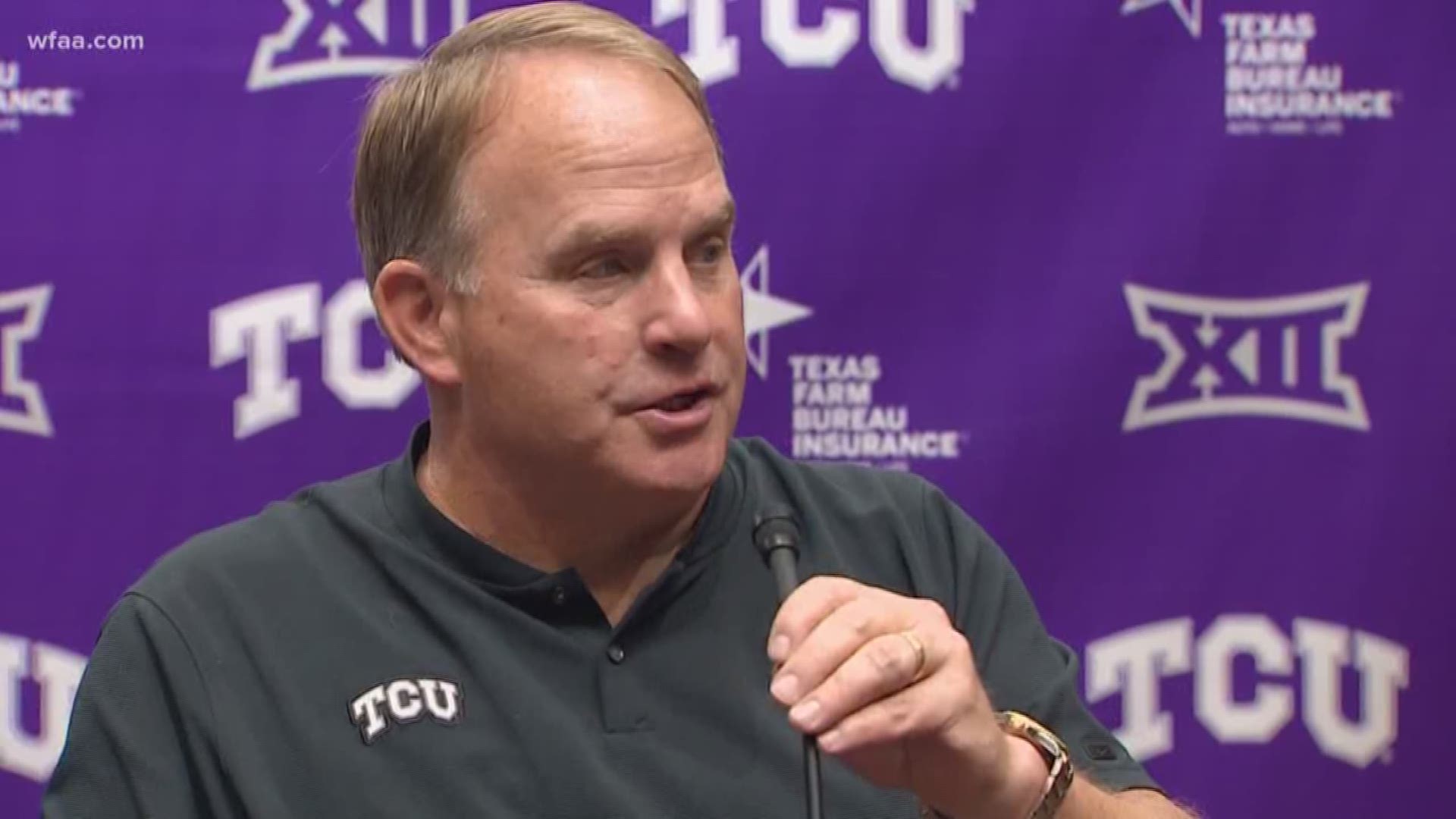 FORT WORTH, Texas — It's another sizzling college football Saturday in Dallas-Fort Worth.

Temperatures are expected to be in the 90's when crosstown rivals SMU and TCU play in the annual Battle for the Iron Skillet.

The rivalry dates back more than a century. This year's edition marks the 99th meeting between the two teams.

"It's a rivalry," says TCU cornerback Jeff Gladney. "Got a lot of history there."

It's a historic week for SMU. The Mustangs are undefeated at 3-0 for the first time since 1984.

"SMU is a good football team," attests TCU head coach Gary Patterson. "They're really doing a great job. Since the end of last year, they've been coming on."

Patterson is no stranger to SMU's coaching staff including head coach Sonny Dykes, who used to work for Patterson at TCU.

"It's funny, this is four weeks in a row I've played against somebody I consider to be a real close friend," admits Dykes.

But, the familiarity extends beyond the head coaches.

SMU quarterback Shane Buechele is a transfer from Texas. He played TCU twice as the Longhorns quarterback, but UT lost both games.

Now at SMU, Buechele is older, wiser and he's leading a Mustangs offense that ranks 11th in the nation.

On the flip side, TCU still has competition at quarterback.

Both teams can put up a lot of points, but the x-factor is defense and the edge goes to TCU.

The Horned Frogs are favored by 9.5 points at home, as they've won seven straight against the Mustangs.