At new flight center, Bell shows off the V280 Valor and more

The core of Bell's comeback is the V280 Valor, a next generation tiltrotor aircraft, meant to replace the thousands of Blackhawks that are now the Army's assault helicopter. 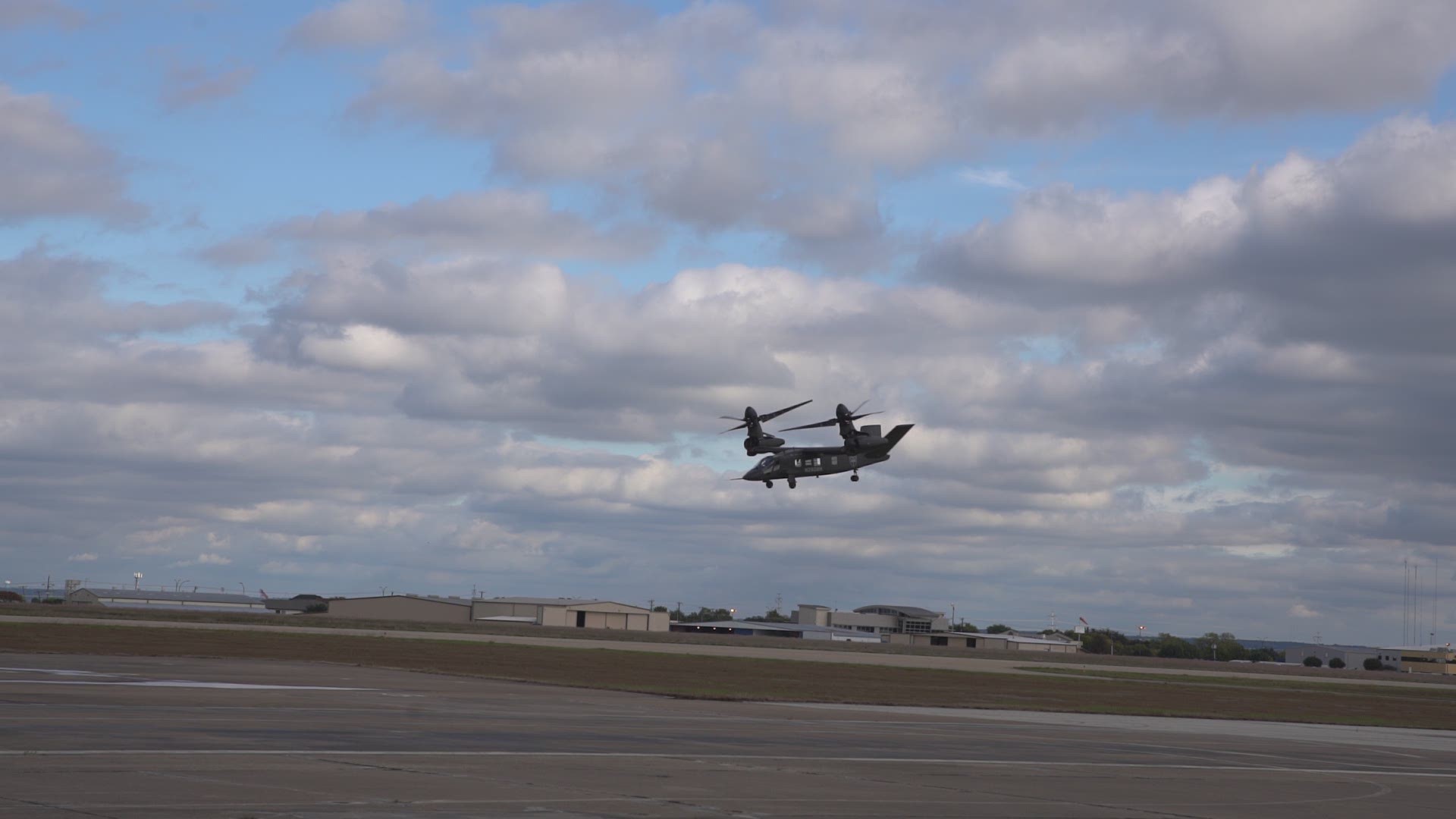 Entering from stage left, before an audience of hundreds, a strange looking flying machine hovered into frame in Arlington this week. The V280 Valor is the latest actor in a show that’s been running for decades in North Texas, but one you may have forgotten about.

Nearly 30 percent of all the helicopters in the world are Bell’s. Bell Hueys were the workhorse aircraft of Vietnam, carrying troops into battle, slinging guns and missiles to protect them on the ground, and lifting the wounded out after catastrophes. The Huey made the term "vertical lift" practical.

Then came the V22 Osprey. Now in service with the Marines, Air Force and Navy, teething problems cast a shadow on its technological innovation at the turn of the century.

Bell seemed to recede from the limelight as Sikorsky Blackhawks and even Eurocopters earned substantial contracts with the Army.

With the opening of a freshened flight research center in Arlington and the unveiling of a raft of new products, Bell is now making the statement that it’s back in the game.

The core of the comeback is the V280 Valor, a next-generation tiltrotor aircraft meant to replace the thousands of Blackhawks that are now the Army’s assault helicopter.

“The V280 has twice the speed and twice the range of the Blackhawk,” Bell CEO Mitch Snyder told me.

Another machine, the S>l Defiant, being built by Lockheed Martin and Boeing, promises the same capabilities. The difference is Bell’s version is already flying, while the Lockheed Martin entry in the competition for the contract has yet to take the air. The multi-billion-dollar question is who the Army chooses as the winner.

“We feel very confident in this technology,” Snyder said. “We are pretty low risk for this. We have a lot of hours we’ve been flying on it.”

The Lockheed/Boeing technology is a totally new design that uses two counter-rotating rotors and a pusher propellor for speed. The Army wants an aircraft that will carry a dozen infantrymen into battle at this point, but the platform could also perform gunship and reconnaissance missions.

In a large hangar at the flight research center, Bell showcased a raft of products that could perform several missions, both civilian and military.

The V247 – a stubby, ominous-looking unmanned aircraft built to fulfill a Marine requirement – can be an autonomous bomber, gunship, and reconnaissance plane. It’s a tiltrotor, too, which means it can fly from aircraft carriers at sea, or without a runway on land. Like the V280, it’s mechanically simpler than the first generation Osprey, which Bell says will make it cheaper and easier to maintain.

The unmanned V247 can carry smart bombs, air- to- ground and air-to-air missiles. It's meant to fulfill a future need from the U.S. Marines.

The unmanned V247 can carry smart bombs, air-to-ground and air-to-air missiles. It’s meant to fulfill a future need from the U.S. Marines.

Next to the V247 in the hangar is a smaller multi-rotor device called the Hydra, is a technology demonstrator built in concert with Uber, that might be what a future air taxi would look like.

Hydra might be a small version of a future Uber air taxi.

In the conventional helicopter realm, Bell has something new as well. The Bell 525 is the world’s first fly-by-wire chopper. Instead of hydraulic flight controls it uses-fly-by wire technology which has been operational in fixed wing aircraft for decades but hasn’t made it into the vertical-lift world. The 525 is designed to provide transportation to the offshore oil industry.