Virgilio Martinez was on his motorcycle when he and a Garda armored truck collided in Arlington on Collins near Six Flags. 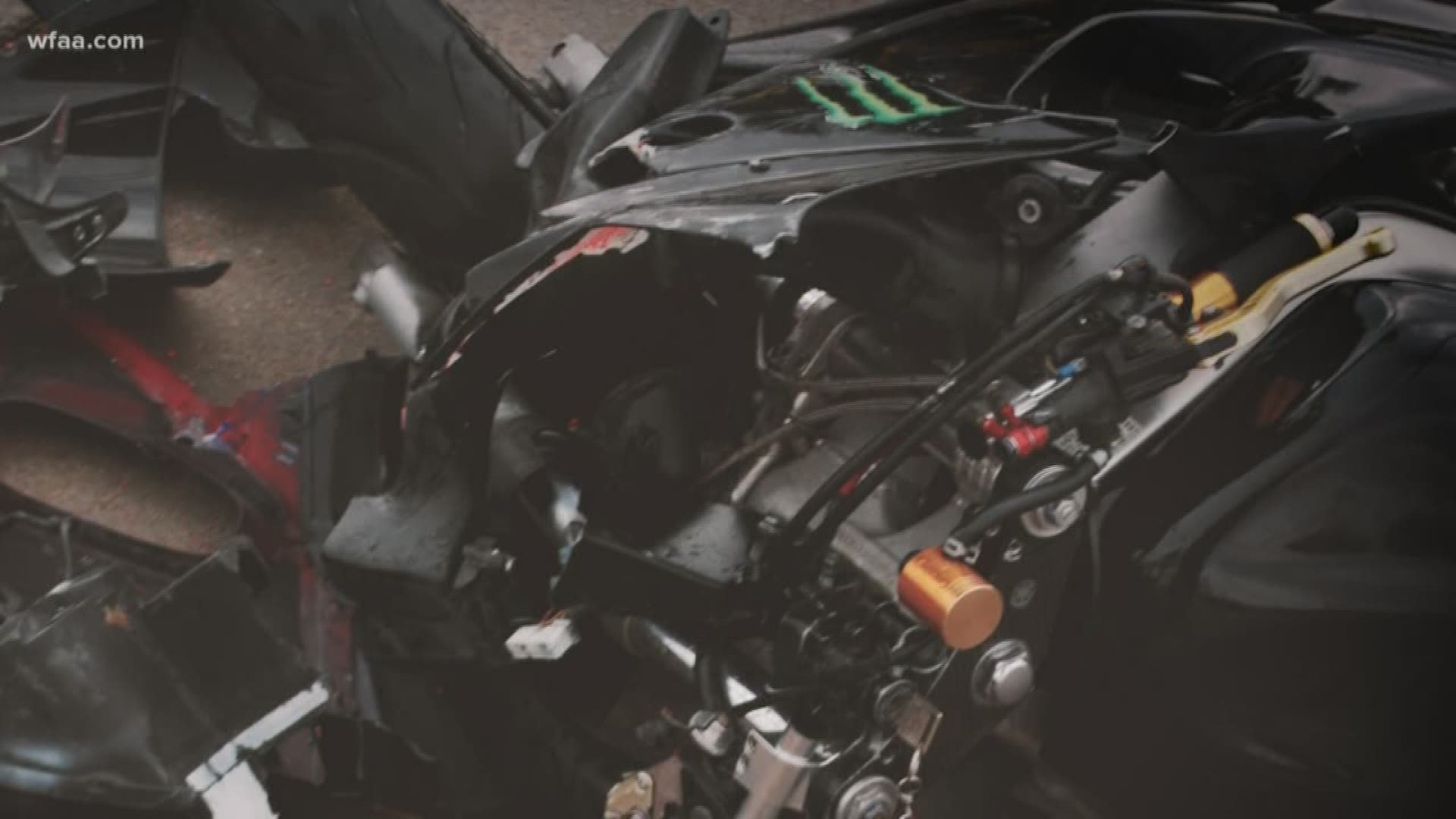 In January, Virgilio Martinez was on his way to his daughter's basketball game. He never made it.

"I knew something was wrong,” said his wife, Beyanca Martinez. His wife rushed to the hospital and will never forget the words the nurse told her.

"She said he has been involved in an accident, and I said I want to see him and she said he didn't make it," Beyanca said.

It's what an Arlington police officer told her next that hurt the most. "He said it was his fault. He moved into oncoming traffic," she said.

Martinez was on his motorcycle when he and a Garda armored truck collided in Arlington on Collins near Six Flags. WFAA obtained police body camera footage of the scene.

According to a police report, the Garda truck driver, King Easley, blamed Martinez for the accident.

Easley told police he was in a turning lane ready to make a legal left hand turn when Martinez zipped around him into oncoming traffic and hit the truck.

"They really duped police because the only honest witness was now dead,” said attorney Chris Hamilton.

"He would never leave us. I knew he wouldn't do something to that would risk his own life,” said Martinez.

She hired an attorney, Chris Hamilton who uncovered surveillance video that told a different story.

The footage shows the truck was in the far right-hand lane, not the center lane. The driver made a fast left turn and crashed into Martinez.

"I want justice for him. I knew it. I knew it wasn't his fault. You just have that gut instinct,” said Martinez.

Beyanca Martinez says she is hurt but also angry because after the crash, neither Easley or the other employee who was in the back of the truck got out to help Martinez or called 911. Body camera video shows even after police arrived the driver was still in his seat.

Other drivers saw Martinez in the middle of the road and initially thought it was a hit and run.

WFAA obtained 911 calls: "The person just left. Hit the motorcycle and left him."

Good Samaritans are the ones who stopped and tried frantically to help. "I would move him, but I can't and we have to get this blood to stop,” a caller told 911.

According to Hamilton, Garda has a policy that if their employees are in an accident, they first call them and stay in the truck. "He literally bled to death in the road while the employees of Garda are sitting there inside the truck pursuant to their company policy, not rendering aid, not calling 911. They only make one call, and that's to their boss,” said Hamilton.

We asked Garda to explain why their employees did not help or call 911. They would not answer specific questions but wrote, "We have safety policies and security protocols in place to avoid harm to the public and protect our staff, including mandatory training."

Garda also says they are deeply saddened about Martinez death and have cooperated fully with police. “The company had a lawyer at the scene within minutes,” said Hamilton.

Martinez has filed a lawsuit. She says what happened to her husband could have been avoided and believes the company's policies contributed to his death.