Why is the Dallas Police Department not paying some of its bills?

The Dallas Police Department is behind on some bills but has still purchased equipment to check for eavesdropping devices in City offices. 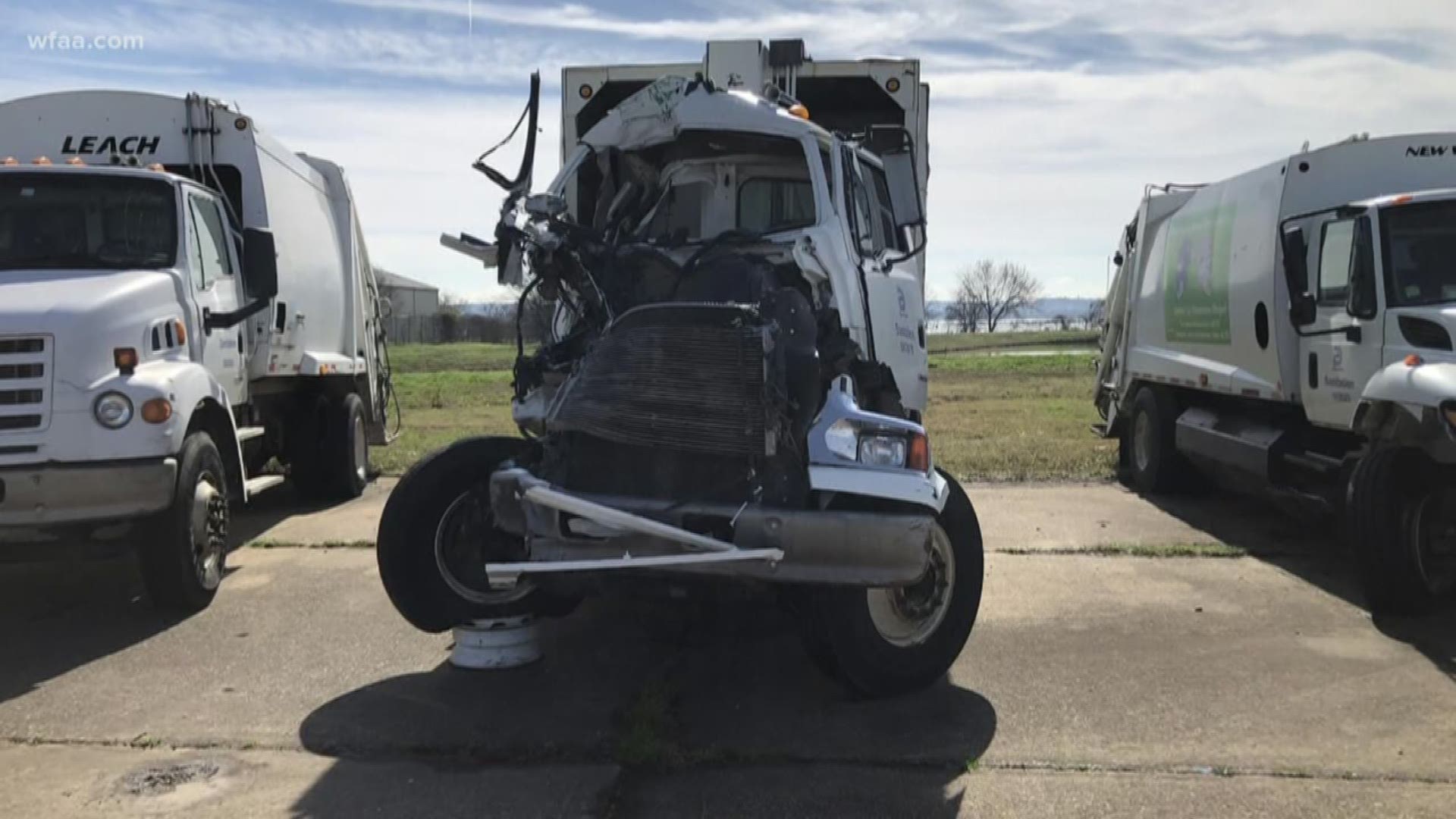 He was a trash collector who was contracted to do work for the city of Dallas when the sanitation truck he was in was involved in a serious accident.

Sadler was killed and police say another worker lost his leg.

“My clients both suffered catastrophic losses so they are devastated,” said Bryan Green, a lawyer with Baron & Budd.

Dallas police detectives have been trying to determine for a year exactly what happened but can't proceed with the investigation because the department won't pay $7,500 for a company in Alabama to analyze the data recorder on the truck.

It could have information critical to the investigation like speed, braking issues and possible electronic failures.

“It's incredibly frustrating," he said. "We need this information. It's important information for getting a complete investigation."

For months, WFAA has heard complaints about the department either not paying its bills or not approving purchase orders for critical items that officers need to do their jobs.

Another example is at the jail.

There are two rows of empty desks in the intake area that are empty because the department won't approve the $21,000 needed to buy more computers so officers can get in and out of the jail faster and back on the streets.

"And now we are waiting in line to use computers because there are so few of them, and look, these are simple fixes,” said Mike Mata, president of the Dallas Police Association.

We've also learned the department was months behind on paying the bill for dog food for the canine unit.

And that's not all - even a beekeeper refused to respond to remove bees from a park unless the City paid first because there was a history of non-payment.

"What are we doing not paying our bills?" Mata said. "Why are we not giving officers the tools they need to just investigate the everyday crimes and serious crimes."

While multiple purchases are being denied, WFAA did find one purchase order that was fast-tracked through the system.

The criminal intelligence unit was told to buy $47,000 worth of equipment to sweep City offices, including the offices of the police chief and city manager for electronic eavesdropping devices.

Sources told WFAA that the equipment was requested by Chief U. Reneé Hall.

Before it was purchased, DPS was asked to come in and sweep the offices of the manager, chief and some city council members. They didn’t find any listening devices, yet the equipment was still purchased.

"To sweep our offices for bugs," Mata said. "Look this ain't James Bond, this ain't the CIA. We are the Dallas Police Department. It's about doing our jobs and there should be no secrets."

WFAA asked the City for a response. They sent the following:

The City of Dallas, including the Dallas Police Department are committed to maintaining effective working relationships with vendors. This includes procedures that require the timely payment of invoices for services rendered. When we are made aware of challenges regarding payments, we work closely with the vendor to resolve the issue. After the vendor invoices the City, it can take up to 30 days before payment can be rendered. While the vast majority of DPD invoices are paid within 30 days, we recognize that from time to time, a vendor may experience a delay. In those cases, we recommend the vendor contact Accounts Payable to ask staff to research and resolve the issue. We are always working to educate City employees, including Dallas Police Officers, who handle payments to vendors to ensure all involved are being paid in a timely manner.