'Who’s going to pay for this?': More questions arise after Love Field flooding

The lower level of Garage A has dried out after this week's flooding. But who's responsible for the damage done to the dozens of vehicles that parked there? 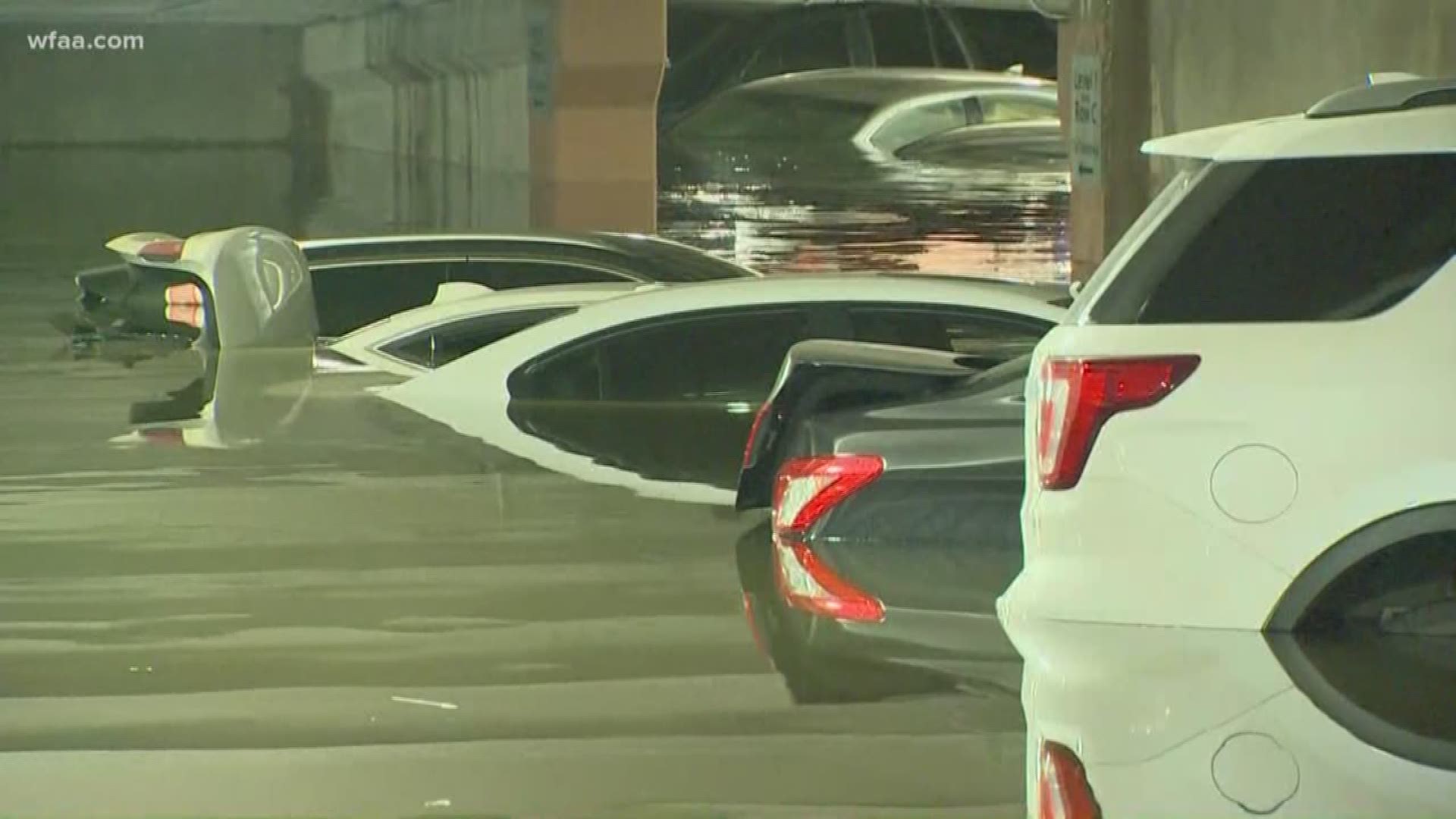 DALLAS — Garage A at Love Field has dried out after this week’s flooding, but there are still many unanswered questions.

“Who’s going to pay for this?” Attorney Meloney Perry of Perry Law, P.C. in Dallas said. “As a lawyer, that’s usually the first thing you think about unfortunately, and, especially (being) an insurance lawyer, who’s going to take care of the damage?”

The complicated story in tracing responsibility for this week’s flooding at Love Field actually begins two weeks ago.

Jessica Derr says her car was parked on the lower level of Garage A in row F on April 13. It was a rainy Saturday in the Dallas area. She picked her car up from the parking garage on April 14.

“As I drove (away from the airport), I heard water sloshing back and forth,” Derr said. “It’s pretty frustrating.”

Derr saw several inches of standing water in the floor-area of her backseat. She called the City of Dallas, who told her to file an incident report with the office of risk management.

“After a few days, they called back and said that they weren’t liable (because) it was an ‘act of God,’” Derr said.

Although this phrase seems a bit obvious, Perry explained what it means in the legal world.

“In insurance terms, it’s just a way to say, 'Could the act have been anticipated?'” Perry said.

Less than two weeks after Derr’s car suffered water damage at Love Field, the same area of Garage A flooded this week.

In a statement, the airport said: "Aviation and Stormwater Operations staff are assessing the stormwater drainage system that serves the lower areas of the airport to ascertain whether the flooding is being compounded by any obstruction in the stormwater system."

Airport officials encouraged drivers to tow their own cars out of the garage, contact their insurance, and file an incident report with the city’s office of risk management.

We asked Perry if the city could claim “an act of God” after this second flooding.

“They may claim it, but that’s why we have attorneys,” Perry said.

In addition, the city has another defense they can use: sovereign immunity.

“There are statutes that lay out in certain circumstances when the city is immune from lawsuits,” Perry said. “You may not be able to sue them, and if you do sue them, they may assert sovereign immunity as a defense.”

Perry said insurance carriers will most likely decide whether or not to negotiate with the city.

“I just know that this makes all lawyers stand up and question who is going to pay for this,” Perry said. “This is not the end of the story.”