They've had their llamas several years now, but decided long ago there was plenty of llama love to go around. 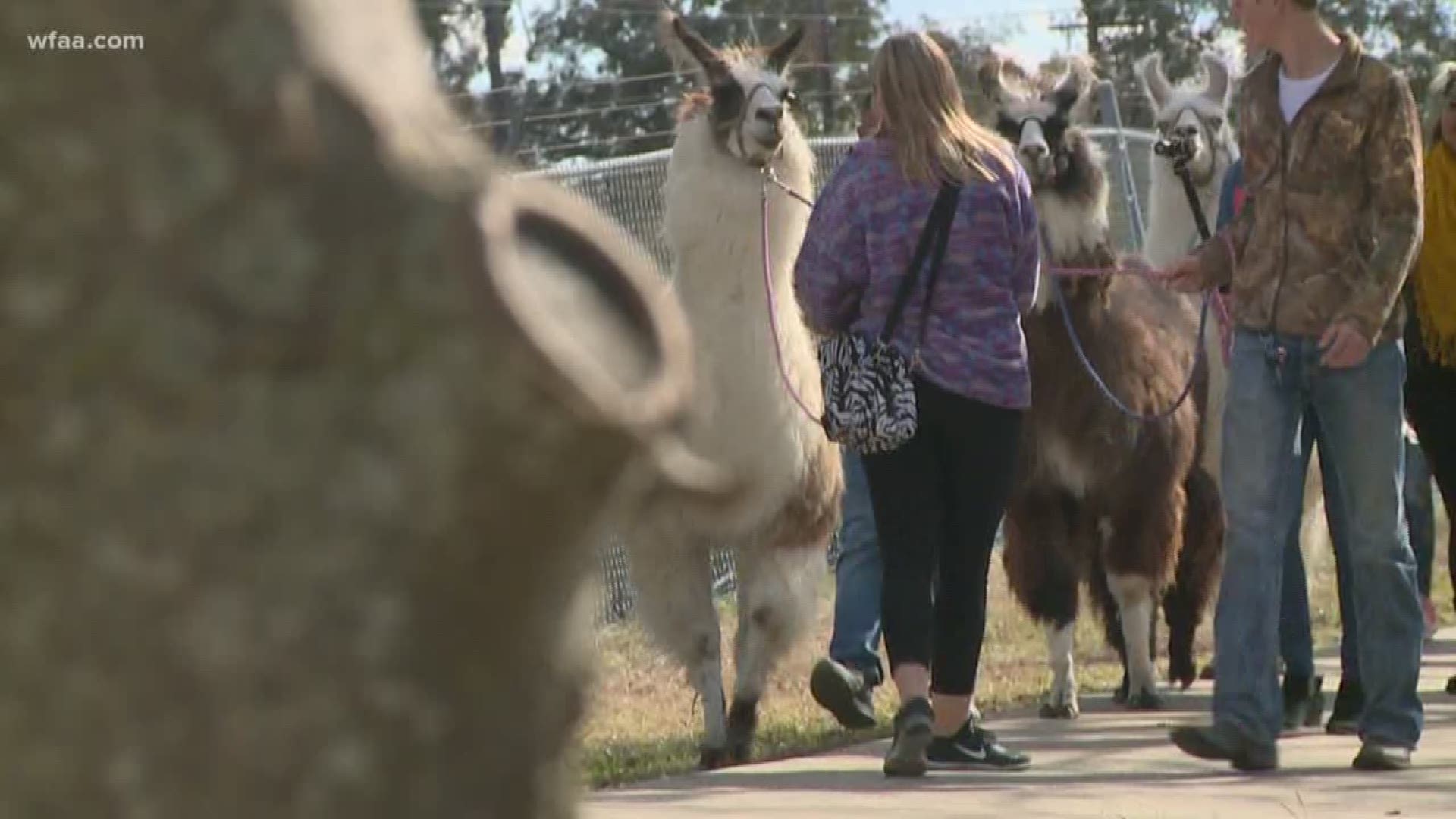 City Lake Park in Royse City has all the things you'd expect to see in a typical city park. But there's one thing that always turns heads, makes drivers abandon their cars, while cowards stop in their tracks.

And yes, they’re a herd of llamas. They belong to Mama Llama. Her real name is Sharon Brucato. Together, with her husband and son, they own Shangri Llama in Royse City.

They've had their llamas several years now, but decided long ago there was plenty of llama love to go around. "It just makes people happy,” said Mama Llama. “It makes us happy to see them happy."

So they started inviting customers to take the boys on a walk. Turns out, so many people are longing for llamas, these walks typically sell out way in advance. "You can't be in a bad mood if you're walking a llama through the park,” said one customer.

Mama llama says you don't need any llama experience. She'll teach you everything you need to know. In fact, it's such a walk in the park, sometimes the hardest part is controlling the paparazzi.

They started bringing these guys to local parks because the llamas love meeting their fans, but mostly because there was plenty of room to roam free.

However, pretty soon, they'll have their own kingdom to rule. The llamas are moving in to a castle.

They get treats through the window, fresh air and plenty of room to roam free. You'll still be able to take them on walks, but you'll just have to come to their place instead.

But it'll be a little while before their royal forest is ready for guests, so until then they'll be swinging by the park causing curious minds to stop and stare, while creating plenty of adorable llama drama.

Of course, two of the llamas are familiar with creating drama because they’re already movie stars.

Dalai Llama starred in a recent Game Stop commercial, which you can watch here.