What is WFAA's John McCaa really like? His wife spills the beans 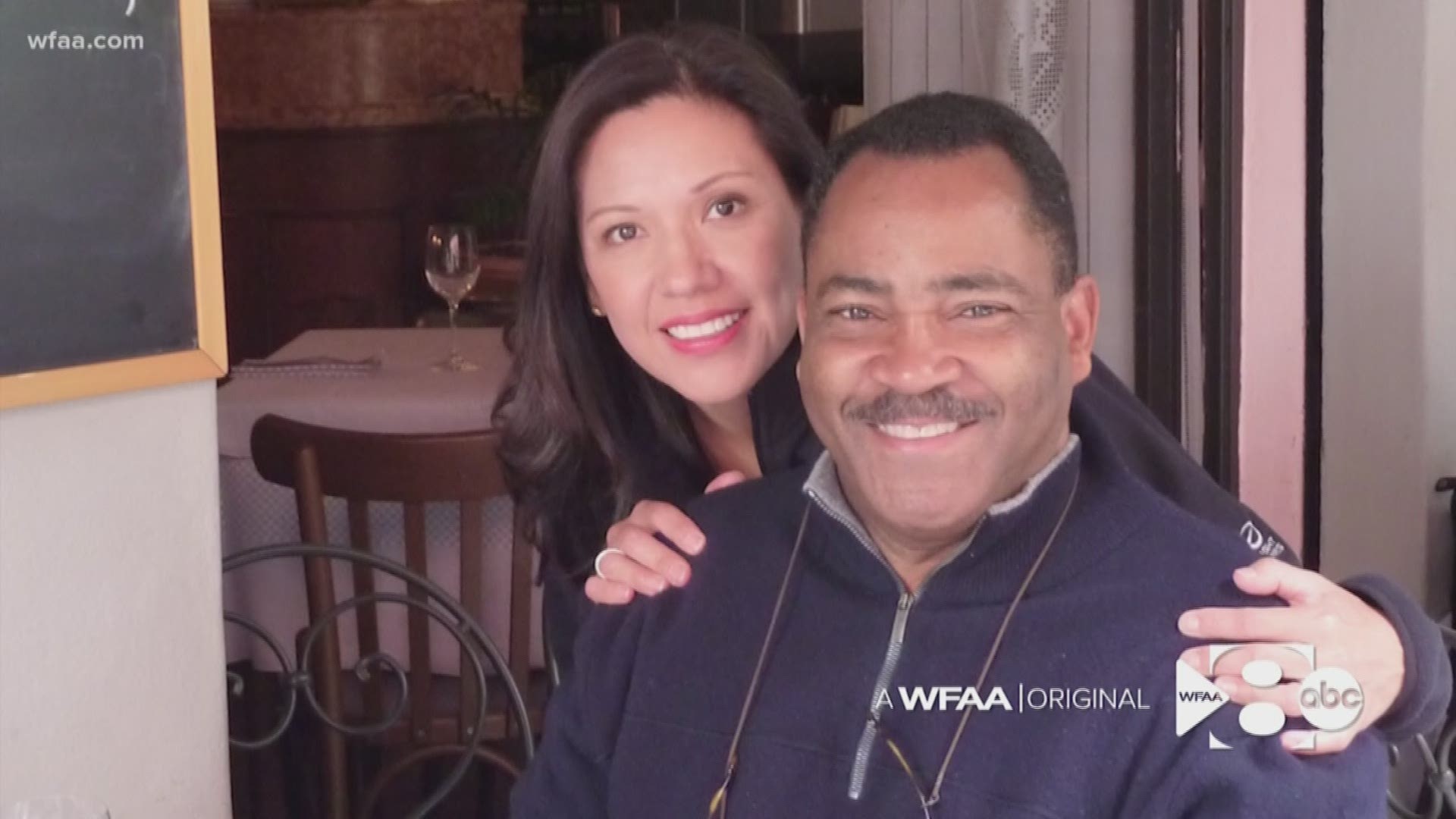 DALLAS — WFAA anchor John McCaa has spent four decades working in the limelight, all along working hard to keep his family out of it.

But as retirement nears, we wanted to learn what John is really like when he’s away from the newsroom — and who knows him better than his wife?

For every night of their almost 20-year marriage, Nora has shared her husband with North Texas. While we’ve gotten to know him by watching him, no one knows John like Nora.

And, not surprisingly, she confirmed what we already knew — that the journalist who has delivered the news to WFAA viewers with a calm, steady presence since 1984 is the real John McCaa.

“He’s the same way at home as he is at work. He’s generous, he’s kind,” she said. “He’s just a wonderful person and I think it’s conveyed through the television that he is a nice person. He’s approachable. We have so many people who come up to us and always want to tell him how much they appreciate him how much they enjoy watching him.”

Nora said John has been recognized countless times while on vacation.

“It’s everywhere throughout the world,” she said. “We can be in the Amazon and he was recognized.”

The McCaas collect fine art from their world travels. Books and beautiful paintings line the walls of their Irving home.

“Because my husband is an over-achiever, he had to get As in every class,” Nora said. “I mean, in every class he got an A! He had a perfect score!"

“That’s how he made money in college – playing drums in bands,” Nora said.

And while he’s still a drummer, it’s not Nora’s favorite hobby.

“The drums drive me crazy!” she said with a laugh.

John and Nora met in 1999 when Nora briefly worked at WFAA in a community relations role. From their first date to their wedding took just three months.

She knew she was marrying a man committed to a job that requires long hours and travel.

John has been our window to the best and worst of the world, and Nora has seen it weigh on him from time to time.

“It’s usually on a weekend when we’re having dinner when he’ll start talking about a certain story that really bothered him,” Nora said, “but he doesn’t come straight home and talk about it.”

John is empathetic and eloquent. While he is wise, Nora said her husband is sometimes a wise cracker.

“He’s very funny,” Nora said. “He has a great sense of humor. He loves to do imitations of people, really."

Nora said he even does pretty good impressions of Pete Delkus and Dale Hansen, "And he’s very good at it," she said with a laugh.

We will sorely miss John, but after all these years, Nora will have her husband home.

“Thank you to everyone for watching him every night,” she said. “It’s been a pleasure for him and I know he appreciates everyone. He will continue to hold North Texas in his heart as we both will.”

No doubt North Texans will hold them both dear as well.