WATCH: This mom's visit to the principal's office ended in a victory dance

"I was looking at her like, 'What's the problem?' and when she told me all the anxiety went away," Lajuana McCree said. 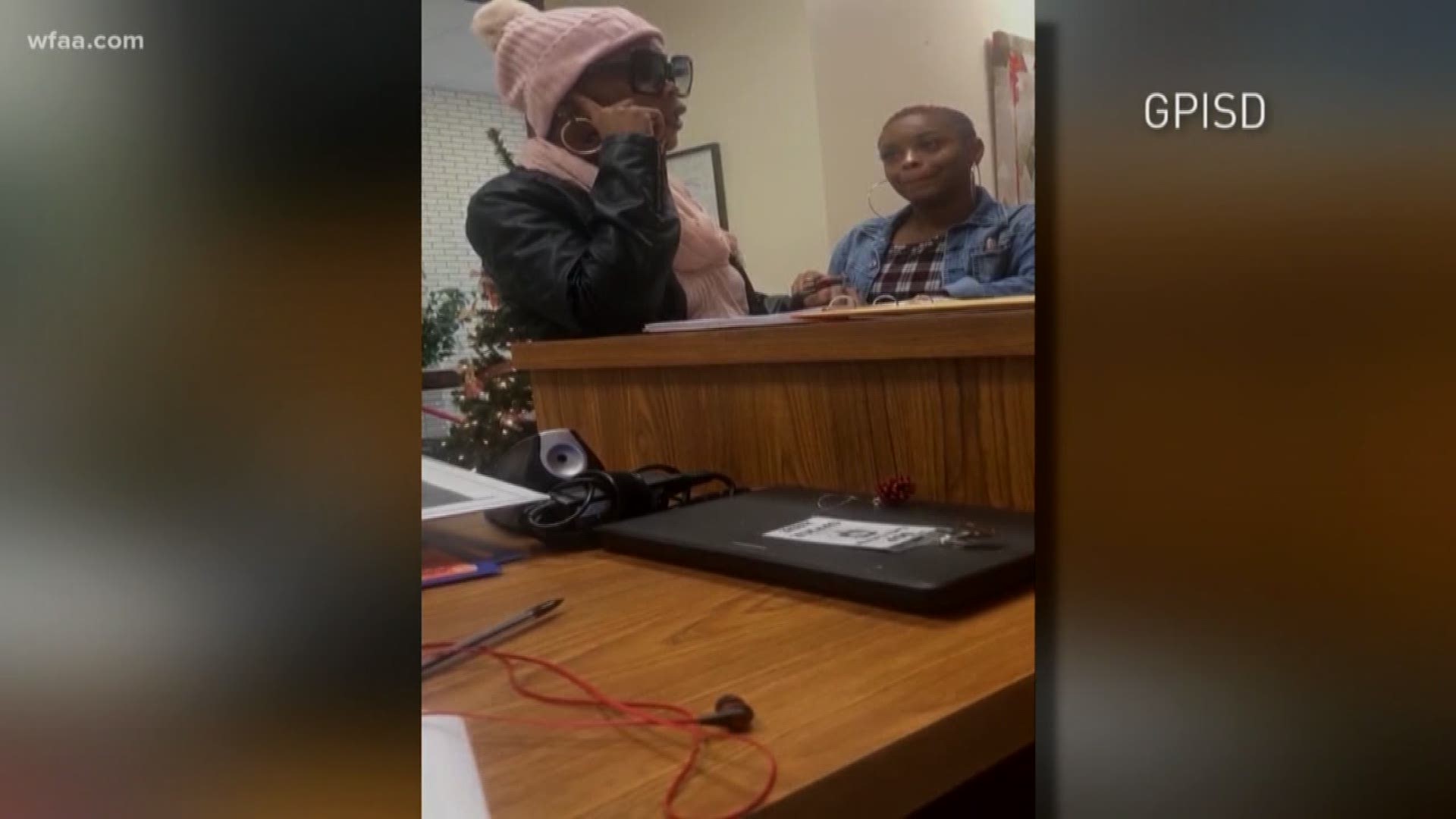 GRAND PRAIRIE, Texas — A call to come to the principal's office went from a tense moment to joyous celebration when a Grand Prairie mother learned her daughter wasn't in trouble, but will be the first in her family to attend a university.

Promise McCree, an 18-year-old senior at South Grand Prairie Early College High School, is a trailblazer in her family.

She's the youngest of three sisters and will have an associate's degree by the time she graduates at the end of the year.

SGP Early College High School allows students to take multiple dual credit courses so they can be ahead of the game by the time they go to college.

Sixty-one percent of students graduating will all have an associate's degree by the time they walk the stage for their diplomas.

McCree is part of the first batch of students to graduate through the school.

No one in McCree's family has attended a university before, and McCree learned she will be the first when she heard in December that she'd been accepted into Grambling State University in Louisiana.

Someone McCree owes credit to is her 45-year-old mother Lajuana.

"She just instills in me to be humble, and to achieve to the best of my ability," McCree said.

So when McCree found out she had been accepted, the administration at her school thought they'd give her mother a surprise.

Lajuana was called by a school official and told that her daughter was in the principal's office and that she needed to come right away.

"I was ready for war," Lajuana McCree said. "I thought Promise had gotten into some serious trouble."

"I had to compose myself, but I was firm and I had that look on my face like 'What did you do?'"

When Lajuana arrived, she didn't know she was being filmed by another administrator.

Promise can be seen standing next to her with a grim look until she tells her mother she's been accepted.

Lajuana's face goes from stern to smiles and she gets so incredibly happy that she begins to dance.

"Her face just lit up, and I didn't know what to say I was just speechless," Promise McCree said.

"When she told me, all the anxiety went away," Lajuana McCree said. "And yeah, I did a dance, a celebration dance, it's called a twerk...that's a proper response for her being accepted," she said with a laugh.

The video hadn't been seen until recently, and the district shared it Tuesday after learning that Promise committed to Grambling State over the weekend.

But whether the video is a few weeks old, or 25 years old, it will serve as a milestone for the McCree family.

"The possibilities are endless, I already know."

Promise says that she wants to major in criminal psychology.