In the video, which was sent to WFAA, two players from both teams can be seen colliding behind the Arlington/Midlothian goal during the game. 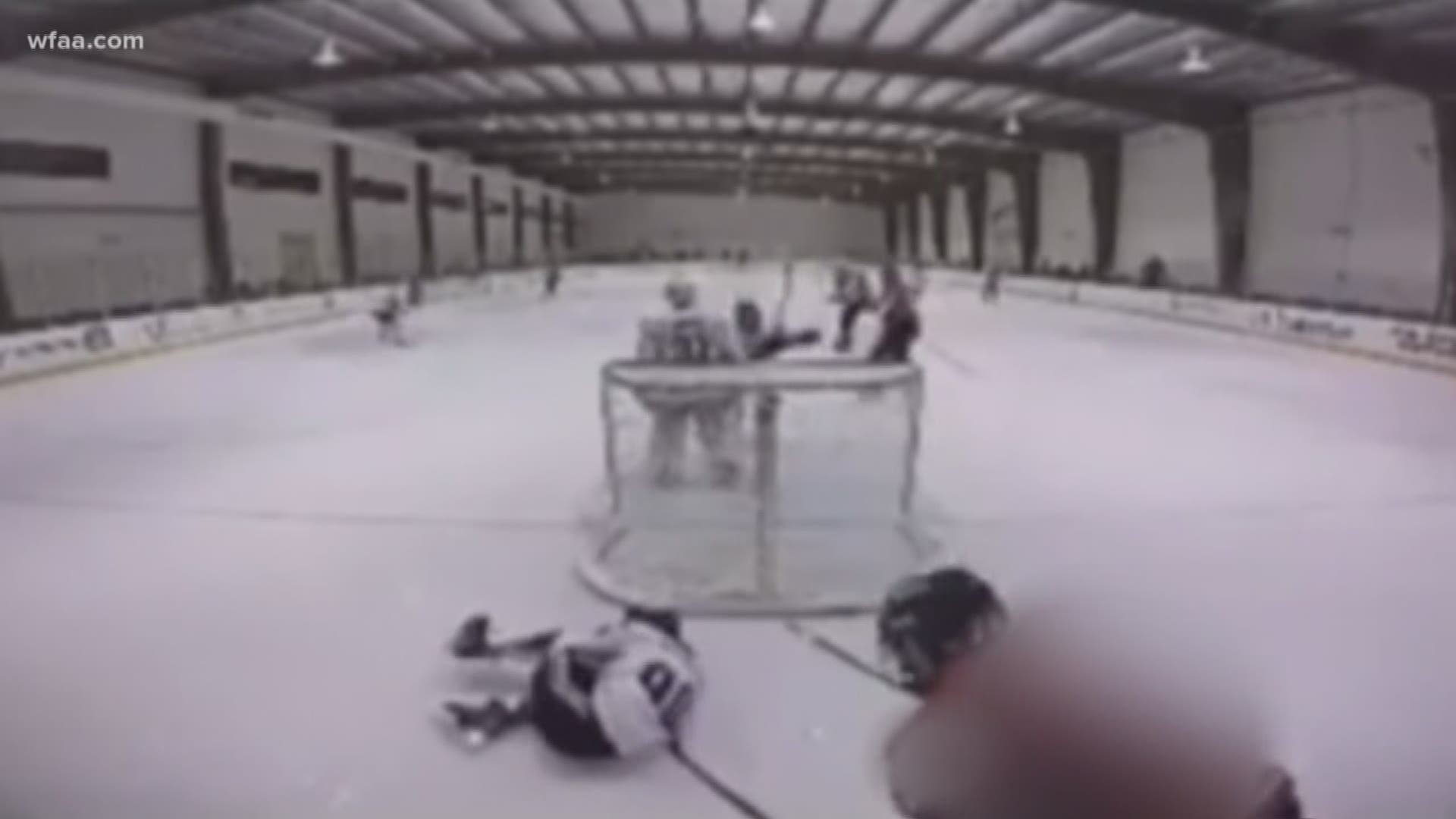 EULESS — A high school club hockey player has been suspended indefinitely from USA Hockey activities after he struck a defenseless player twice with his hockey stick during a game on Sunday.

The game was between the Arlington/Midlothian Attack and the Grapevine/Colleyville Ice Hockey Association.

Both teams are part of the AT&T Metroplex High School Hockey League which is sponsored by the Dallas Stars and is sanctioned by the Texas Amateur Hockey Association (TAHA).

TAHA is an affiliate of USA Hockey.

In the video, which was sent to WFAA, two players from both teams can be seen colliding behind the Arlington/Midlothian goal during the game.

While the Arlington/Midlothian player laid on the ice defenseless, the Grapevine/Colleyville player got up and hit him twice on the back with his hockey stick.

The Grapevine/Colleyville player who initiated the attack received a match penalty from officials during the game, which resulted in him being suspended indefinitely from USA Hockey play.

A match penalty is usually called during a game when an official sees a player intentionally try and hurt someone.

According to Lucas Reid, the Vice President of TAHA, the player will receive a hearing on January 8th regarding the match penalty.

At that time, a committee can either decide to reinstate the player, overturn the penalty and erase it from his playing record, or extend the suspension.

Reid said that in the past, some players and coaches have faced years-long suspensions for match penalties.

He told WFAA that “this is the worst thing that I’ve seen on video.”

Reggie Hall, the President of TAHA, sent WFAA a statement on Tuesday night. That statement is in full below.

"The Texas Amateur Hockey Association and USA Hockey have worked diligently to make our sport safe and enjoyable for amateur hockey players of all ages. This collective effort has been instrumental in the record growth in our Affiliate over the past six years. We are disturbed by the actions seen on the video from this weekend’s high school game and have taken immediate steps to suspend the offending player indefinitely pending a disciplinary hearing in January. These actions are not part of our game and have no place in our sport. Such acts are extremely rare and not representative of the players and families that participate in the thousands of games we oversee each and every season."

On Tuesday night, WFAA spoke with the coach of the Arlington/Midlothian Attack and he said that his player that was struck is doing ok.

The suspended player is not being identified because he is a minor.