Dr. Cyrus Wong of Texas Health Fort Worth said the Schwannoma tumor was the worst he'd ever seen 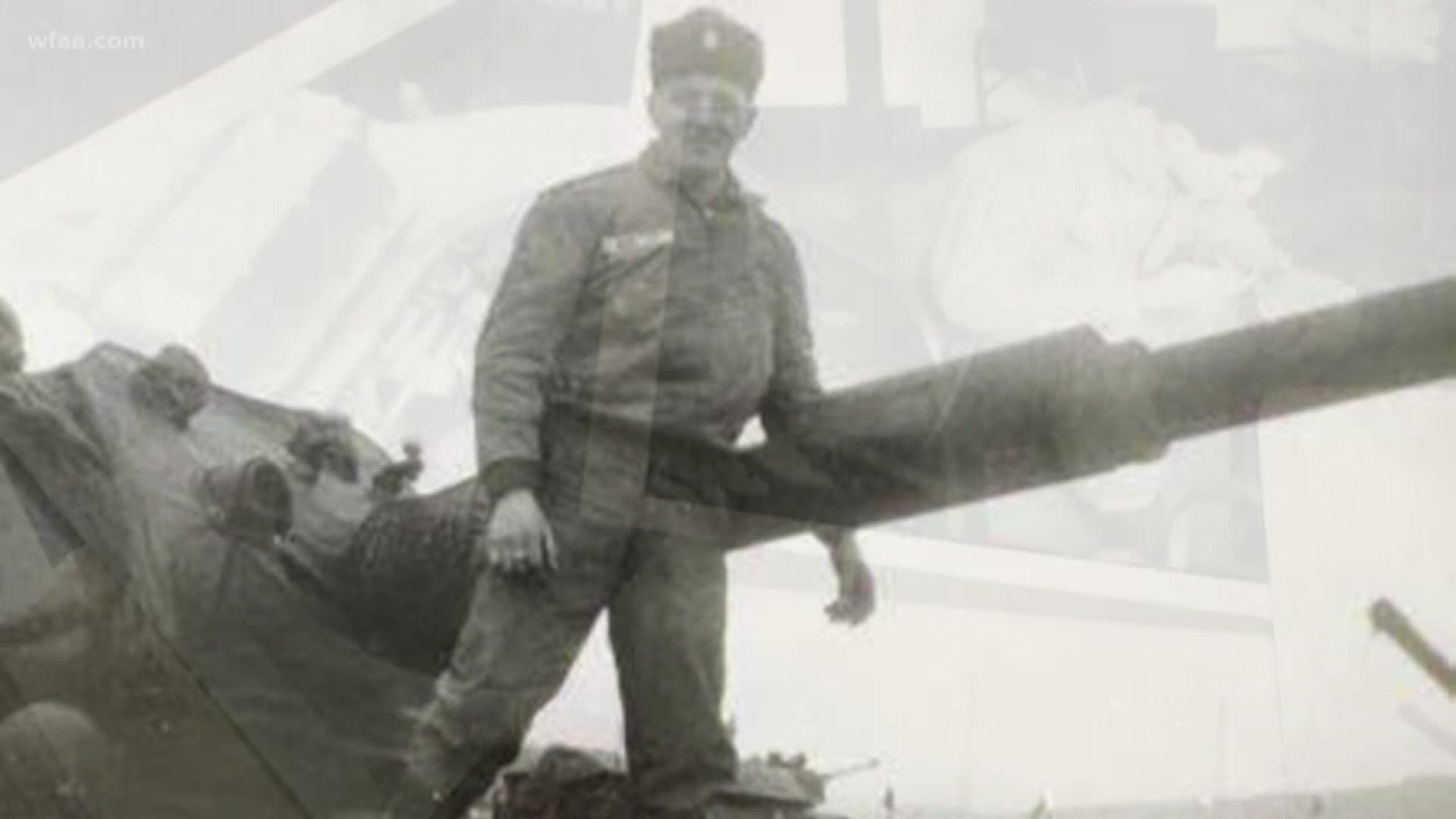 "Some people have told me that," he laughed. It's not because of his demeanor, but instead because of what he's been through.

The 71-year-old Watauga man commanded Army tanks in West Germany during the Cold War. He survived a heart attack and he's beaten cancer. But if that weren't enough, he had to tap into that toughness again just a few months ago.

"I was on two canes and barely walking," he said. "Sitting, standing, anything was awful." Last year, back pain that started out minor became so unbearable that he could hardly move.

"At that point, could I not only really walk, but I was numb from my chest down to the bottom of my feet," Dukette said. "I couldn’t feel anything."

An MRI revealed it was a Schwannoma, a tumor that was crushing his spine.

"Did you think you were never going to walk again?" WFAA asked.

"When I saw his MRI, I knew right away, cancel the weekend plans—we need to take him to surgery," Dr. Wong said. The doctor said he's treated lots of cases with this particular type of tumor. But Dukette's, he says, was the worst he'd ever seen.

"It had gotten so big to where it was destroying the bone around it and crushing the spinal cord and it would’ve made him paralyzed had it to go on any further," Dr. Wong said.

Using the newest technology, the doctor removed the large tumor, taking great care not to cause further damage to the spinal cord. Not only was it not cancerous, but also its removal restored feeling and function to his body as well.

"He’ll keep getting better," Dr. Wong said. That's the best news for Lyn and his wife Sandi, who are celebrating their 50th wedding anniversary.

He's so grateful to his doctor and overwhelmed, thinking of all the things he and his wife will now be able to do together after worrying he'd be able to do none of it.

"We’re planning a couple more trips, and he gave us that opportunity to do that and so I'm just so thankful," he said.