White Rock Lake, many consider it the crown jewel of the Dallas Parks system. There's biking, running, sailing, kayaking – but how about swimming? 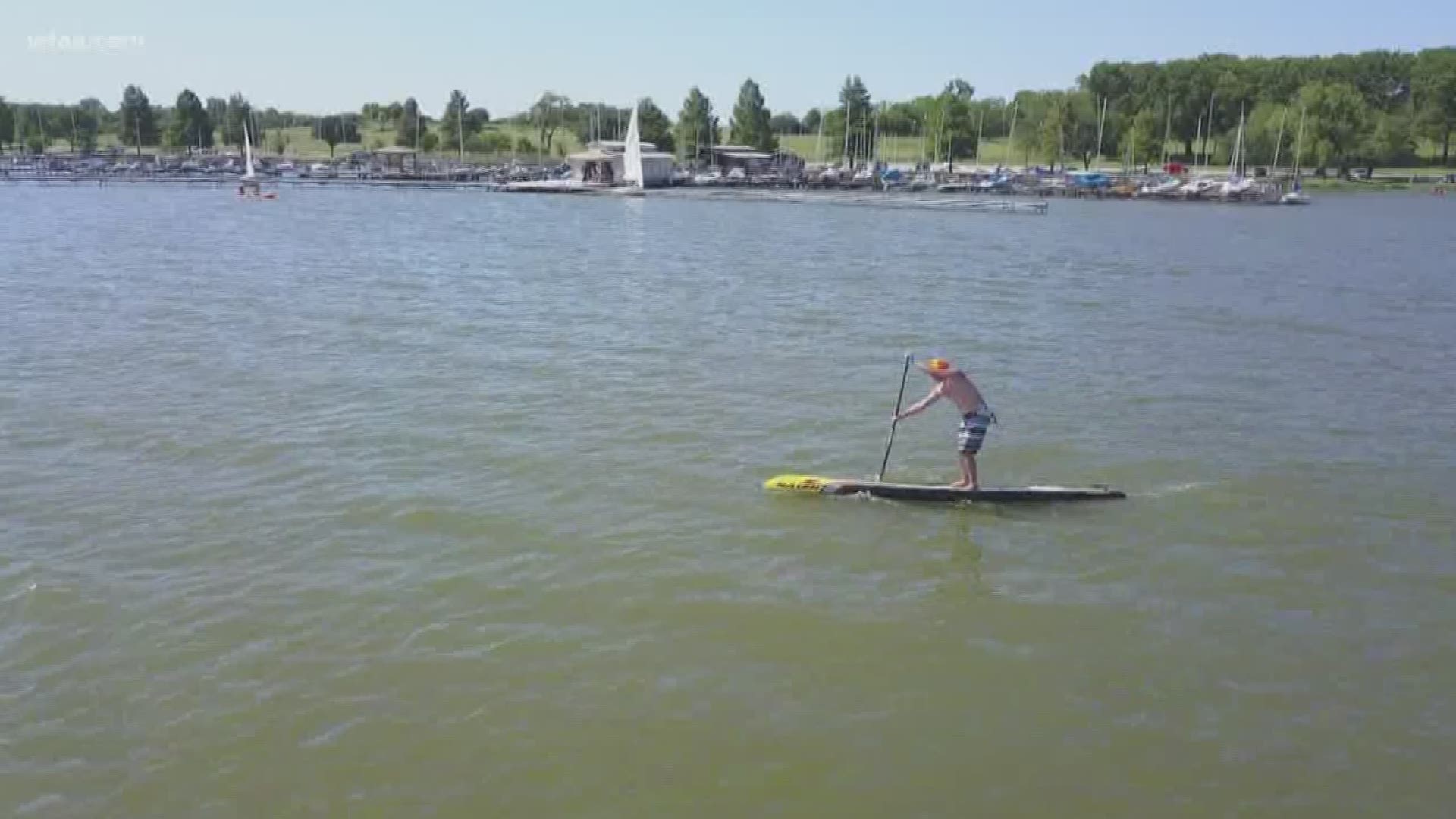 DALLAS -- White Rock Lake, many consider it the crown jewel of the Dallas Parks system. There’s biking, running, sailing, kayaking – but how about swimming?

John Young is the manager of White Rock Paddle Company, which rents kayaks and standup paddleboards. He says it's okay to fall in, but swimming is against the law.

“Do you think people know you can't swim here?” I ask him.

No swimming in White Rock? Why is that a city ordinance?

To help me figure that out, I'm headed deep in the basement of Dallas City Hall to meet John Slate, the City Archivist. He's going to show me the history about swimming in White Rock.

“You see the pictures of swimming at White Rock, it was definitely a thing, right?” I ask John.

Back in the day, White Rock was a super-popular place to swim. There's a large bathhouse there and a giant lawn for sunbathers.

So, what changed? Slate's telling me there was a drought 50s and the city needed more water.

A 1959 city ordinance, booted out the swimmers by declaring "It shall be unlawful for any person to swim... deposit any trash, urine, excrement or filth of any kind..."

“The city health officer at the time, JW Bass declared that White Rock could not be both. The park board needed to officially close WR to swimmers,” John says.

“That it wasn't sanitary to have swimmers in drinking water?” I ask.

In 1964 Dallas stopped drawing water from the lake. But the law is still on the books. So, legally you cannot swim in White Rock. But could you? Is it clean enough?

“You guys keep records in this creek. What's the water quality of the water that's going into White Rock?” I ask Richard.

“Except for bacteria, it's good,” he says.

“Are you telling me Frisco's poop is in this creek right now?” I ask.

Not like, poop-poop. But fertilizer run-off, animal waste and trash in general.

Richard's tests show the creek and the lake are healthy for fish and birds. But, in places, the water here is 5-times above the limit for safe swimming.

“Is the lake polluted. Is that the problem?” I ask.

“It's impaired by bacteria. It's nutrient rich. It's great. Produces lots of fish,” Richard answers.

We're fortunate to have a lake so many people love. But, can you swim in White Rock? No, it's against the law. And even if it were legal, you shouldn't because it's gross.

And that's our fault. We don't take very good care of our lakes and streams and of course, they're not going take good care of us.

Got something you want verified? Send me an email david@verifytv.com