Verify: Do we still need euthanasia in animal shelters? 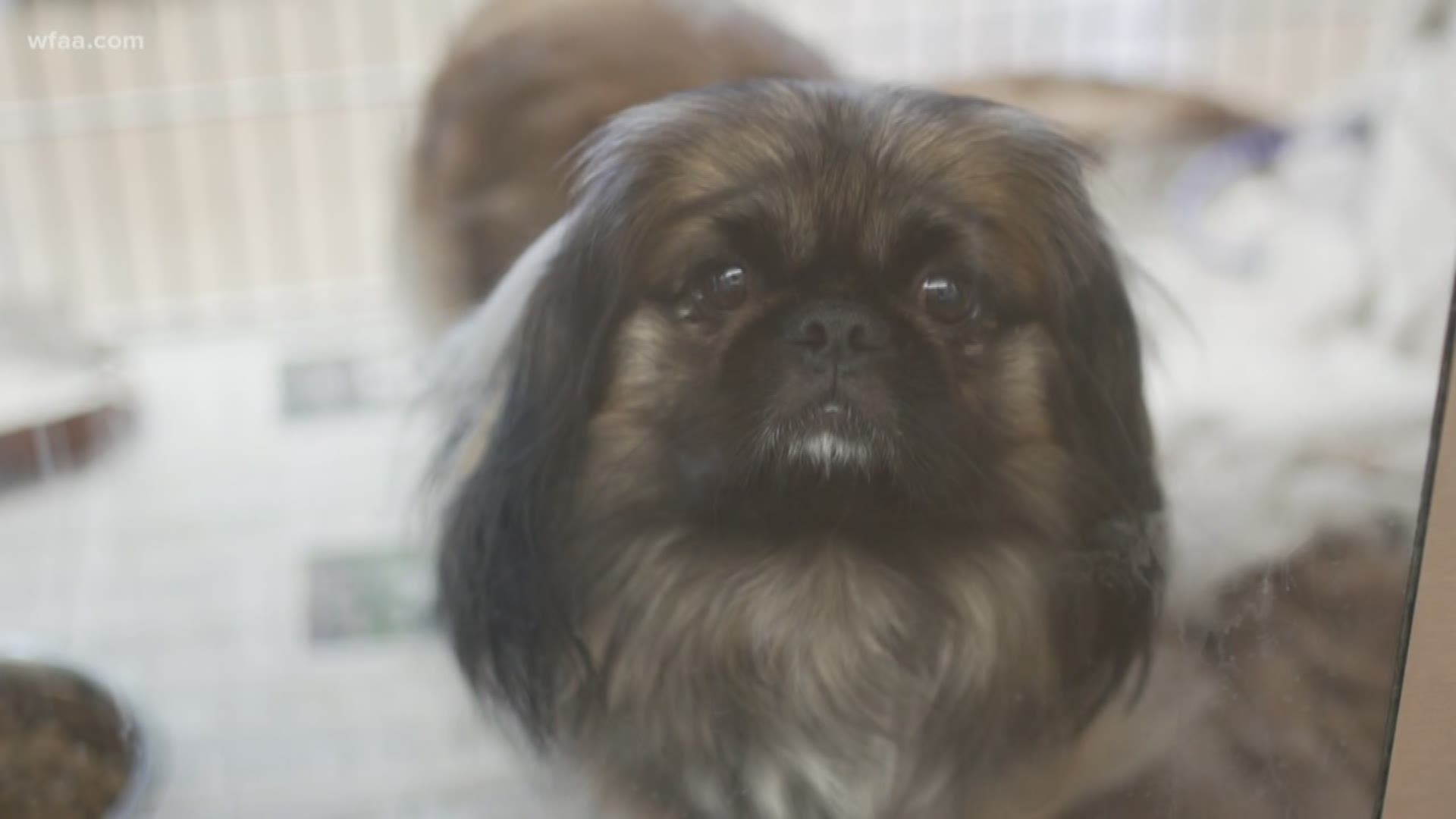 In America, we love our pets.

But, across the country, 1.5 million cats and dogs are put down every year to relieve overcrowding in animal shelters. The practice of euthanasia is generally considered humane by groups like the American Veterinary Medial Association.

But there's a growing movement to end that practice, called No Kill. But with so many of animals coming in every day, how realistic is that?

The Busiest Shelter in Texas

Anissa Perez is a Verify viewer and she’ll be answering that question.  She's rescued dogs, herself including Noah who I met at her house.

“He's our old gentle giant.  He's been around for a while. We got him from Dallas Animal Services. Back when my son was about 7-years old,” she tells me.

“So, what do you think about euthanasia?” I ask her.

“I think it's a necessary evil,” Anissa tells me. “It's a difficult decision that has to be done because the animals just keep coming,” she says.

And DAS is where Anissa I start our journey.  And we're getting a tour from Jordan Craig. She's the shelter manager and introduces us to a dog named Buddy.

“This one was so shut down and shy when he first got here.  And over time has become this adorable, little rowdy thing,” Jordan says.

She's telling us the average length of stay here is 7-days. Buddy is an exception, he's been here almost a month.

“There’s a preconceived notion that they don't have much time here. But to hear they can be here as long as one month, that surprises me,” Anissa says.

“When you do hard lines in the sand the animals lose as far as length of stay.  But if we end up with a day where we take in 100 dogs, we have to make decisions that we can't make any other ways. It's a reality we still live in unfortunately,” Jordan tells us.

We’re learning that Dallas has made some major improvements in reducing the use of euthanasia for space. In 2007, only 13% of the animals got out alive. Now it's up to 82%.

One way Dallas says it has really improved is with the 24-7, bottle-feeding of newborn kittens. The shelter used to kill 2500 kittens a year, they were just too small to survive.

“When we looked at the animals not making it out, these were it.  Without rescues, without fosters, they can't stay here on their own,” Jordan tells us.

“It's amazing work being done.  For even the tiniest little animal. That's incredible,” Anissa says after seeing the kittens being fed.

While we're seeing Dallas is putting down fewer animals to make space in its kennels it still estimates, 3500 animals were euthanized last year to relieve overcrowding.

On our tour we stop in front of the door that leads to the euthanasia area.

“How many times will you use this in a day?” I ask.

“Depends on the day.  It's completely varied by how many animals are coming in. How much space do we need to make?  Some days it may be 5 animals.  Some days it could be 30,” Jordan says.

“Shelters make the decision for us on who makes it out and who doesn't,” Anissa observes, as our tour in Dallas ends.

Anissa and I are in Austin now. The largest US city to ban euthanasia as a means of reducing overcrowding.  Its live release rate is 98%, only putting down dangerous or very sick animals.

We begin our tour with Jennifer Olohan, Communications Manager for the Austin Animal Center.

“I wanted to quickly show you this because this is the reality of it.  Some of these guys have been in here for a couple of weeks.  They get walked regularly,” she says.

By the time we got here, the shelter has been overflowing, for weeks.  To make space Austin is temporarily housing dogs in offices and this conference room.

“We are less than one minute into the tour, and I am already kind of shocked.  I didn’t expect that,” I say.

Deputy Director Jason Garza is telling us, the city succeeds because of partnerships with 180 community groups.  Some are rescues -- that get the dogs adopted. Others are fosters -- where dogs go to live, temporarily, until they can be adopted.

“You are relying on community at a very high level and what happens if you don't have that support in your community?” Anissa asks Jason.

We're finding, one thing that makes Austin unique is how staff, including the dog catchers, look for good outcomes that can happen outside of the shelter.

Animal Protection Officers are evaluated NOT on how many dogs they bring into the pound but on how many they can reunite with owners. Officers will even provide assistance on fixing a broken fence to keep it from happening again.

At the shelter, they're also diverting dogs.  Anissa and I observed a who man found a dog and brought it in.  But instead of the shelter taking it, the staff tracked down the owner. Then the guy who found the dog gladly returned the dog, himself.

Austin is also finding some pet owners, going through a life crisis, may not give up a pet if the city can connect them with the resources that help them keep it.

What resonated the most with me, in this whole process, is the shelters can't do this alone. They have to have support. Fostering, volunteering, whatever. They can't do it themselves,” she says.

“As a society, do we still need euthanasia to control space?” I ask her.

“I believe that we do.  Because we haven't found the right balance,” she answers.

Anissa saw that it is possible for cities to take euthanasia off the table. But she doesn't believe most places have enough community support to make that change.

But don't take my word for it, take hers.