Unexpected patient: Deer breaks in to Cook Children's Clinic in Fort Worth

The staff at a Cook Children's facility in north Fort Worth were shocked when a deer came right into their facility. 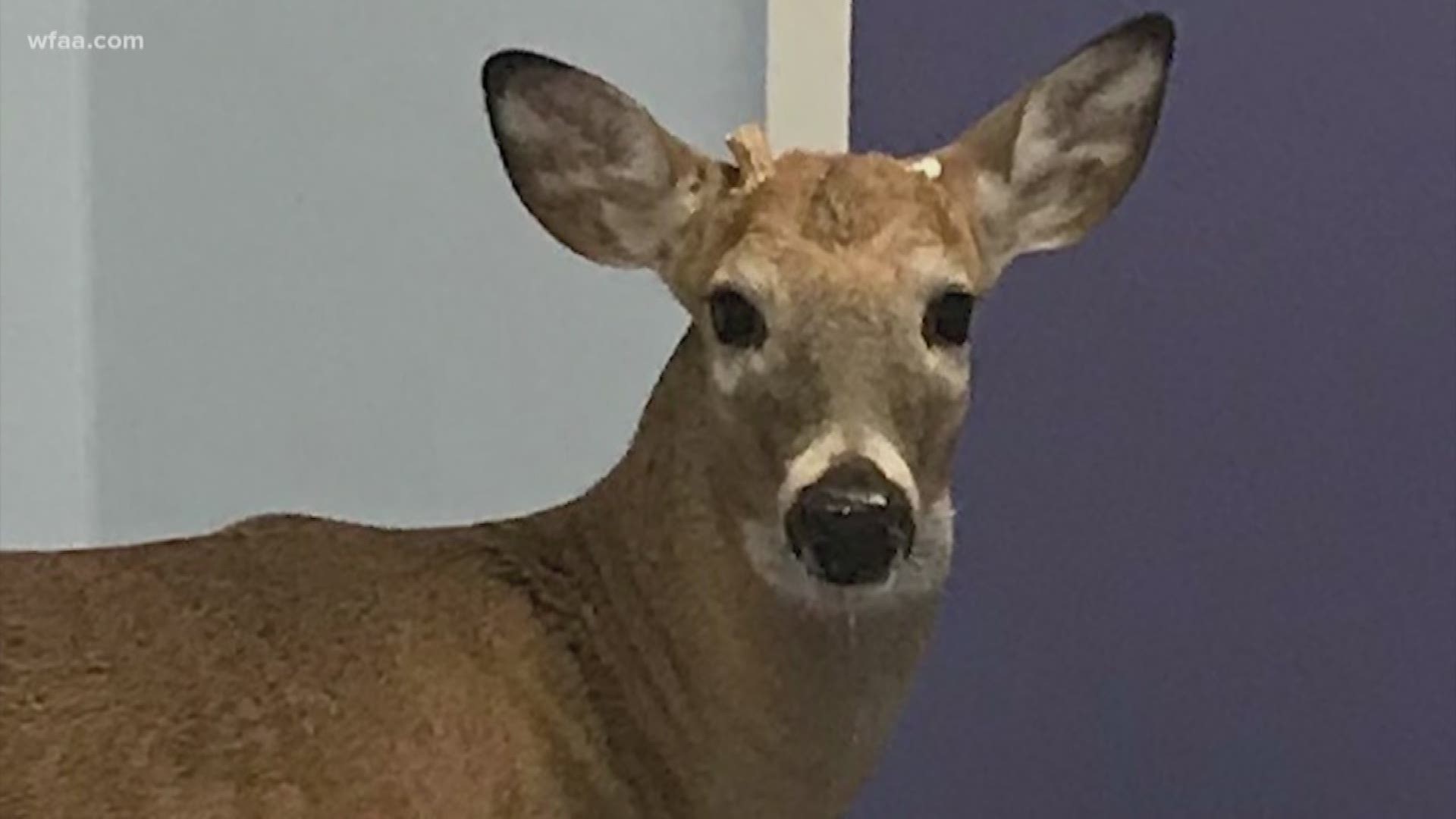 FORT WORTH, Texas — At an urgent care clinic, just about anything can walk in the door, but staff at a Cook Children's facility in north Fort Worth were shocked when a deer came right into their facility.

"I guess he came in through the back ambulance bay," said Christina Williams, a registered nurse at the clinic. It happened last Saturday morning just before noon. The deer apparently hit the glass outside, but then the automatic doors triggered and he wandered into the medical wing.

"He came down the hallway and just kind of slid in the room," explained Beverly McCoy. McCoy is an X-ray technician who was with a young patient when she heard a loud bang outside. She said she told the child not to worry, and then she looked in the hallway to see a young buck. She said the animal broke its antlers off when it hit the door, but it was a six-point buck that she estimated at about two years old.

"He was pretty good sized," she said. "I've seen them out on a farm but never in a city like this." The deer went into an empty exam room, where the staff closed the door behind him, cracking it open to sneak peeks of the animal that was just as curious about them.

"Every time you peeked in, he was just standing there looking at you, like, 'What am I going to do now?'" said McCoy.

The staff called animal services who arrived quickly and darted the deer. When it was asleep, they wheeled it out on a stretcher, and they eventually released it back to the wild.

A photograph shared by Cook Children's to their social media channels has garnered a lot of attention online, with many curious about the creature. The urgent care clinic at 10601 North Riverside Dr. has been open for just two years in a fast-growing part of Fort Worth that is still dotted with some empty lots and plenty of construction.

The deer might have been in the wrong place, but there's always a chance he was just looking for a doctor. "It's possible, but he didn't register," said Williams with a smile.