'They're chewing everywhere:' Dallas woman fed up with rat-infested apartment

Maria Mejia said rats are ripping and running through her home, and she wants something done about it as soon as possible. 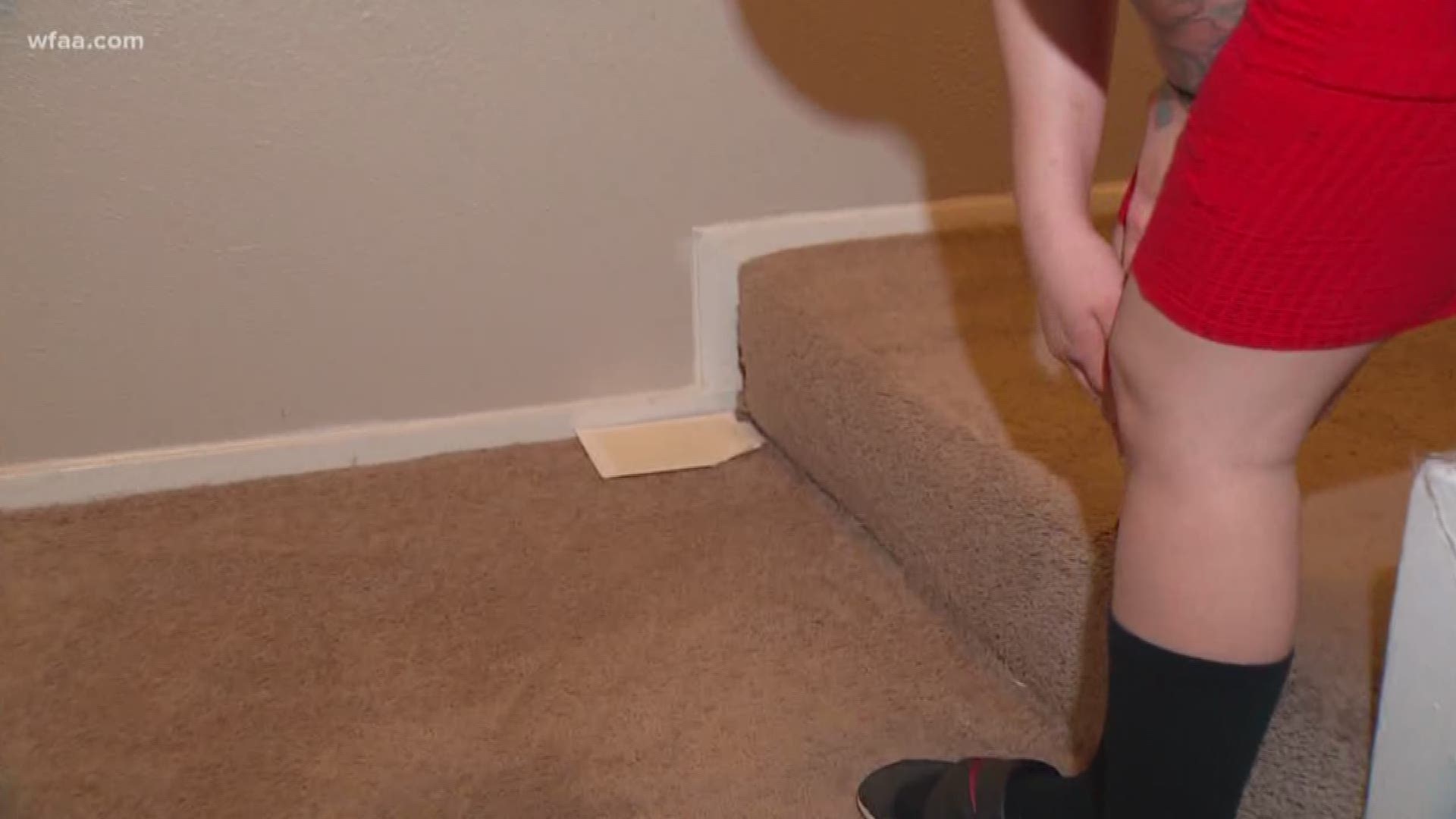 A woman said an ongoing rodent problem in her east Dallas apartment is causing sleepless nights and lots of frustration.

Maria Mejia said rats are ripping and running through her home, and she wants something done about it as soon as possible.

“There’s a freaking rat,” Mejia was heard saying in a video she posted on social media. “Dead! There’s a huge hole that it made.”

Mejia said she’s had enough of the rats running in her home. Her family says they hear the rodents in the walls in moving across the air vents.

Mejia claimed her family is no longer comfortable in their home at Bella Vista Park on North Buckner Boulevard. She began recording the ratty situation over the weekend.

The woman is a married mom of a toddler. Mejia and her husband are also expecting another baby. She said rodents are leaving their marks all over the carpets, biting holes through the walls, and the pests are invading her son’s crib.

Other neighbors are also complaining about the rodents.

The property manager says licensed pest control is expected to show up at the complex sometime Tuesday. The staff says they have offered Mejia the option of letting her out of her lease early, but they haven’t received a response from the family.

Mejia said, for now, she just wants pest control to come out and the rodents gone, so that her family can have peace of mind.