Some bets are tougher to lose than others. 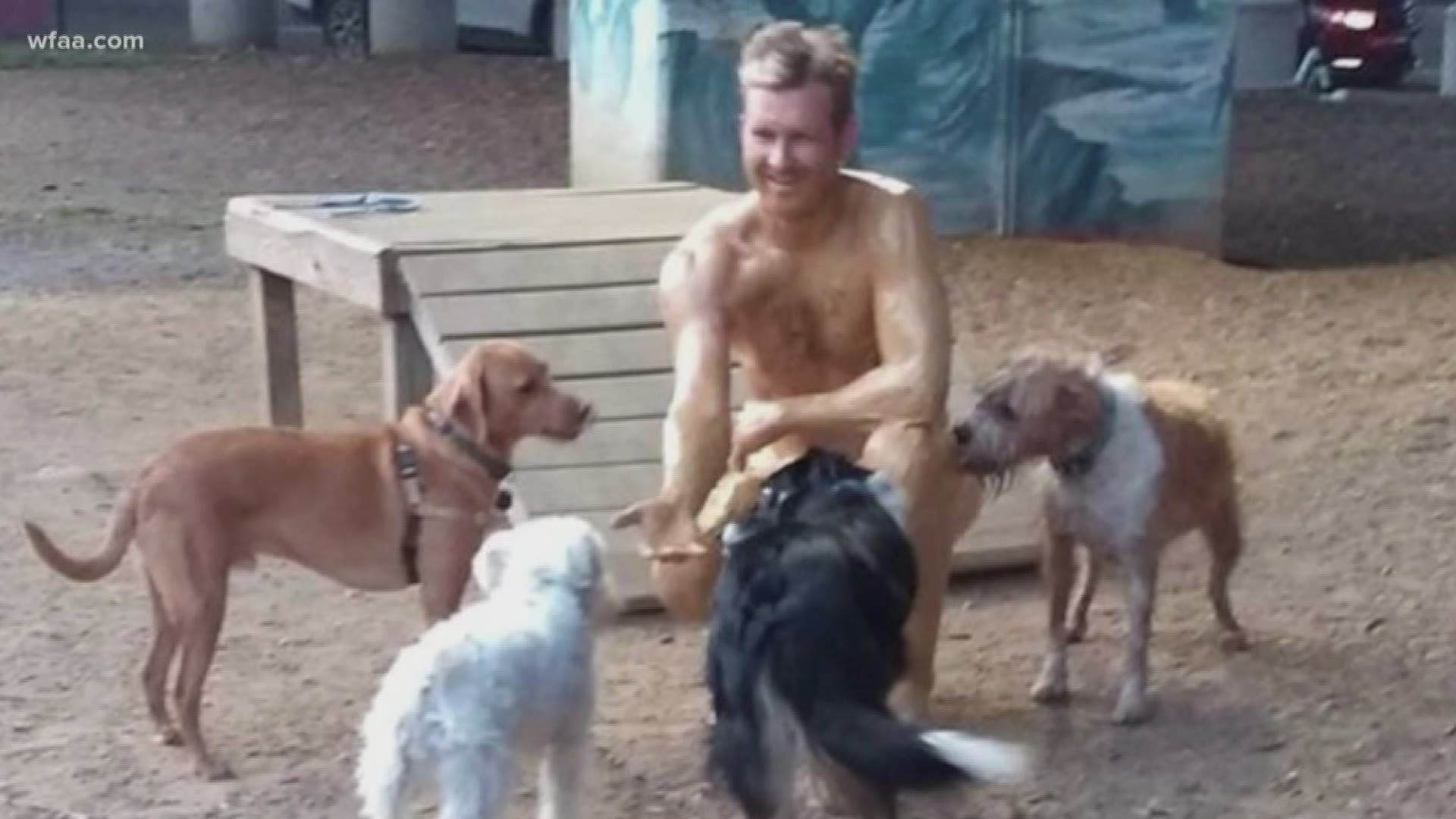 DALLAS — A hilarious photo of an Arlington man covered head-to-toe in peanut butter inside a Deep Ellum dog park is taking off online, primarily because the stunt was punishment for coming in dead last in his fantasy football league this year.

For those who don't obsess over draft plans, team schedules, or player stats, fantasy football is a predominantly online game where you're the owner of a virtual professional football team.

You draft offensive skill players, a defense, and how they do in actual NFL games translates to points in fantasy matchups online.

Steven Shrout, 25, had never played fantasy football before this year.

He decided to join a 12-team league with all of his friends from high school this year, who have been playing fantasy football together since 2009.

"It was my first year, and I didn't do any kind of studying at first. I just kind of jumped in," Shrout said.

Shrout selected LeVeon Bell as his first pick, who was expected to play with the Pittsburgh Steelers this previous season, but ended up sitting out because he and the team couldn't come to an agreement on a new contract.

Bell has been a top player in fantasy in previous seasons, and many fantasy football owners felt the agony of his decision to sit out the season after wasting a pick on him in the first round of their drafts.

However, Shrout doesn't have too much room to talk because he auto-drafted after his first pick.

"I ended up being dead last," Shrout said.

So, in Shrout's league this year (which included a $250 buy-in) the team with the worst record had to either pay the winner an additional $250 or perform a stunt that's humiliating in nature.

This isn't uncommon amongst fantasy leagues. In fact, if you search 'worst fantasy punishments' on the internet, you'll find some hilarious content.

Tattoos, having your legs waxed, taking the SAT and having to post your score publicly — the creativity is endless.

Shrout's league came up with a pretty funny punishment. He either had to pay up or stand in a Dallas dog park for 10 minutes, wearing only a gold speedo and had to be covered in peanut butter.

Well, last Wednesday Shrout arrived at Bark Park Central in Deep Ellum, threw on a speedo, slathered three jars of creamy Jif peanut butter onto his body, and walked into the park.

"My strategy was to do it as fast as possible, and hope that not many people would see me," Shrout said.

Spoiler alert: A lot of people did.

"There was a couple who walked by me down the sidewalk, they both said 'EWW' and walked by so fast after that," Shrout said with a laugh.

Of course, Shrout's friends filmed the whole ordeal. In the video, you see him walk into the park, and almost immediately he's greeted by curious noses that wanted a taste.

"A lot of them just wondered what I was doing, and then when I said I lost a bet, they all laughed," Shrout said.

Shrout's friends took pity on him and let him leave after just 5 minutes.

"It went pretty viral," Shrout said. "More viral than I thought it would go."

"I think my favorite comment was, 'Lost bet equals "This is my kinky fetish,"' and I said, 'Absolutely not.' That made me laugh really hard."

But most of the comments praised Shrout's dedication.

"There were some people who told me that it was the funniest thing they've ever seen," Shrout said.

So, Shrout walks away with some internet fame and newfound respect from his buds.

But, will he play fantasy football again?

"I will, but probably not with the same guys," Shrout said with a laugh.