Police said 13-year-old Dorika Uwimana was walking to her bus stop near Western Hills Elementary School when she was thrown to the ground and choked by a stranger. 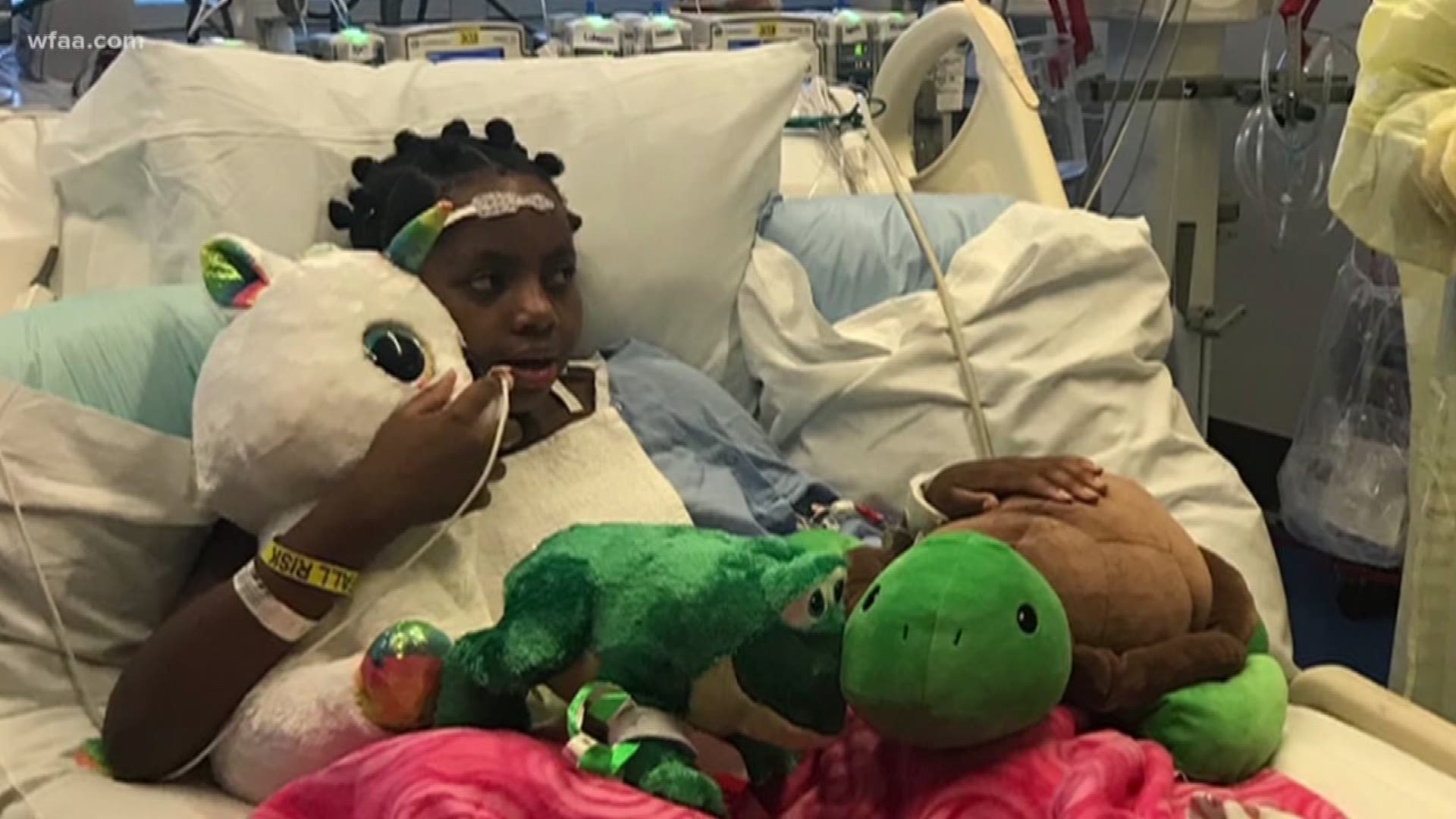 DALLAS — A Fort Worth teen who has been hospitalized for months after she was assaulted near her bus stop, received a new heart Monday due to complications from the attack.

In April, Fort Worth Police said that 13-year-old Dorika Uwimana was walking to her bus stop near Western Hills Elementary School when she was thrown to the ground and choked by a stranger.

Almost two weeks ago, 36-year-old Terry Wayne King II was arrested by U.S. Marshals in Oklahoma City and charged with the crime.

King, who is a truck driver, was charged with injury to a child causing serious bodily injury. He was also charged with assault.

Uwimana has been in the hospital ever since and even spent her 13th birthday there.

Doctors say she was without oxygen long enough during the attack that her heart became damaged.

Her father, 36-year-old Twizere Buhinja, said that doctors concluded that she needed a new heart. His family has patiently been waiting for nearly four months. “You have to be patient to get a heart,” Buhinja said. “It’s not easy to get.”

Buhinja, his wife, sons, and Uwimana came to America in 2016 as refugees from Africa. He told WFAA that they escaped the war in the Congo and lived in a refugee camp for 15 years in Uganda waiting to immigrate to America.

Buhinja said that he came to the U.S. for safety and happiness, but didn’t expect for his daughter to be violently attacked. “In Africa, there are problems. Now, here too I get problems and I was thinking this isn’t good,” Buhinja said.

The teen has a long way to go before she gets to go home, but her family will be behind her the whole way. Buhinja said he’s proud that she’s a survivor. “I had hope this entire time,” he said. “And I just say thank you because she’s alive.”

Fort Worth Police said that they just sent King’s case to the Tarrant County District Attorney for review. No motive has been revealed yet either.

If you would like to help Dorika and her family with their medical bills, a GoFundMe has been set up for them.