What you may not know is that Dallas County Schools (DCS) collected property taxes, and county taxpayers are on the hook for paying off its debt for years to come. 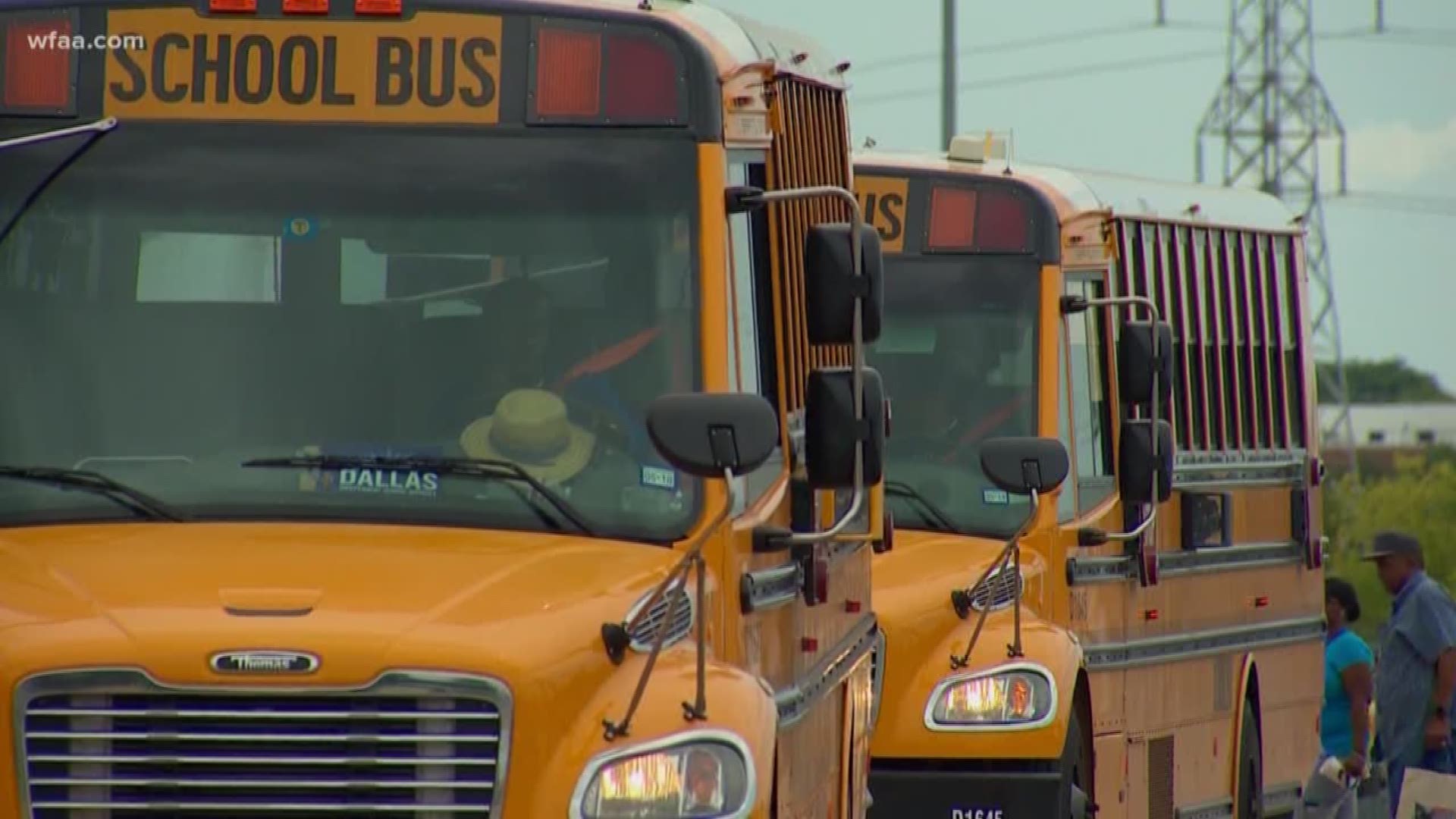 You may have heard of Dallas County Schools. That’s the busing agency shut down this past November amid a massive corruption scandal that took down former Mayor Pro Tem Dwaine Caraway.

What you may not know is that Dallas County Schools (DCS) collected property taxes, and county taxpayers are on the hook for paying off its debt for years to come.

DCS owes a debt of about $106 million to 33 creditors, and officials expect to pay off the debt -- with interest -- in six or seven years. “It just depends on how much the property values grow, and we can collect,” said DISD Superintendent Michael Hinojosa, who sits on the committee to dissolve DCS.

The committee is scheduled to meet Tuesday morning to adopt a 10 cents-per-$100 valuation property tax rate. There are 816,929 residential and property owners who will get a tax bill for DCS this fall. On it, there will still be a line item – called “school equalization” -- representing Dallas County Schools.

The average market value of home in Dallas County is nearly $260,772. That means the average tax bill will be about $19.16. “As a taxpayer myself, I’m disappointed,” said State Sen. Don Huffines, who led the legislative effort to end the bus agency. “This was the largest government shutdown in modern Texas history, almost 3,000 employees.”

An estimated 3,000 of the 7,000 cameras went unused or barely used. Many of them are stored in a warehouse at a bus service center in southeast Dallas.

As DCS hemorrhaged millions in taxpayer dollars, its superintendent, Dr. Rick Sorrells, agreed to a lease-buy back scheme involving four of its bus service centers. Sorrells sold the property for $25 million, and agreed to lease it at a cost of $46 million, documents show.

Huffines said if DCS had gotten its way, the debt would even been higher. Even as legislators were holding hearings on a bill to shut it down, DCS was seeking to permission to sell $50 million in bonds last year. “I tell you there was no bottom to the bucket of the money that DCS was willing to steal,” he said.

According to that lawsuit, Duncan took campaign contributions totaling $240,000 from those connected to the bribery scheme. Some of those contributions were not initially reported, the lawsuit alleges. Duncan has said he did nothing wrong. He has not been charged with a crime. Duncan also was involved in approving a lucrative severance contract for Sorrells last year.

The lawsuit alleges Dallas County Schools lost about $125 million through the various schemes. “We'd like to reduce that price tag for the taxpayers,” said Stephanie Curtis, an attorney representing the DCS dissolution committee. “Reducing that to zero would be my goal.”

Curtis said many of the loan agreements failed to have the type of disclosure most loans would include. She said they plan to look at relationships between the lenders and others connected to the deals. “If those lenders were involved in the pattern of illegal activity, those loans will not be paid back,” Curtis said.

Sorrells, who is awaiting sentencing, still lives in a $1.3 million home on a quiet, tree-lined street in East Dallas. He confessed to pocketing more than $3 million in bribes. Federal prosecutors have seized some of his assets, including $12,000 cash, a Maserati Ghibli, a Porsche Cayenne and a custom-made 14-karat gold bracelet with 51 princess diamonds, documents show.

A woman who answered the door at Sorrells home Monday morning quickly shut it when she saw WFAA.

“I think he'll have a lot of time to reflect on that while he's wearing an orange jumpsuit,” Huffines said.

So how much tax will Sorrells himself pay? According to his tax bill last year, he paid $98 for Dallas County School taxes out of a nearly $30,000 tax bill.

And yes, he paid on time last December.